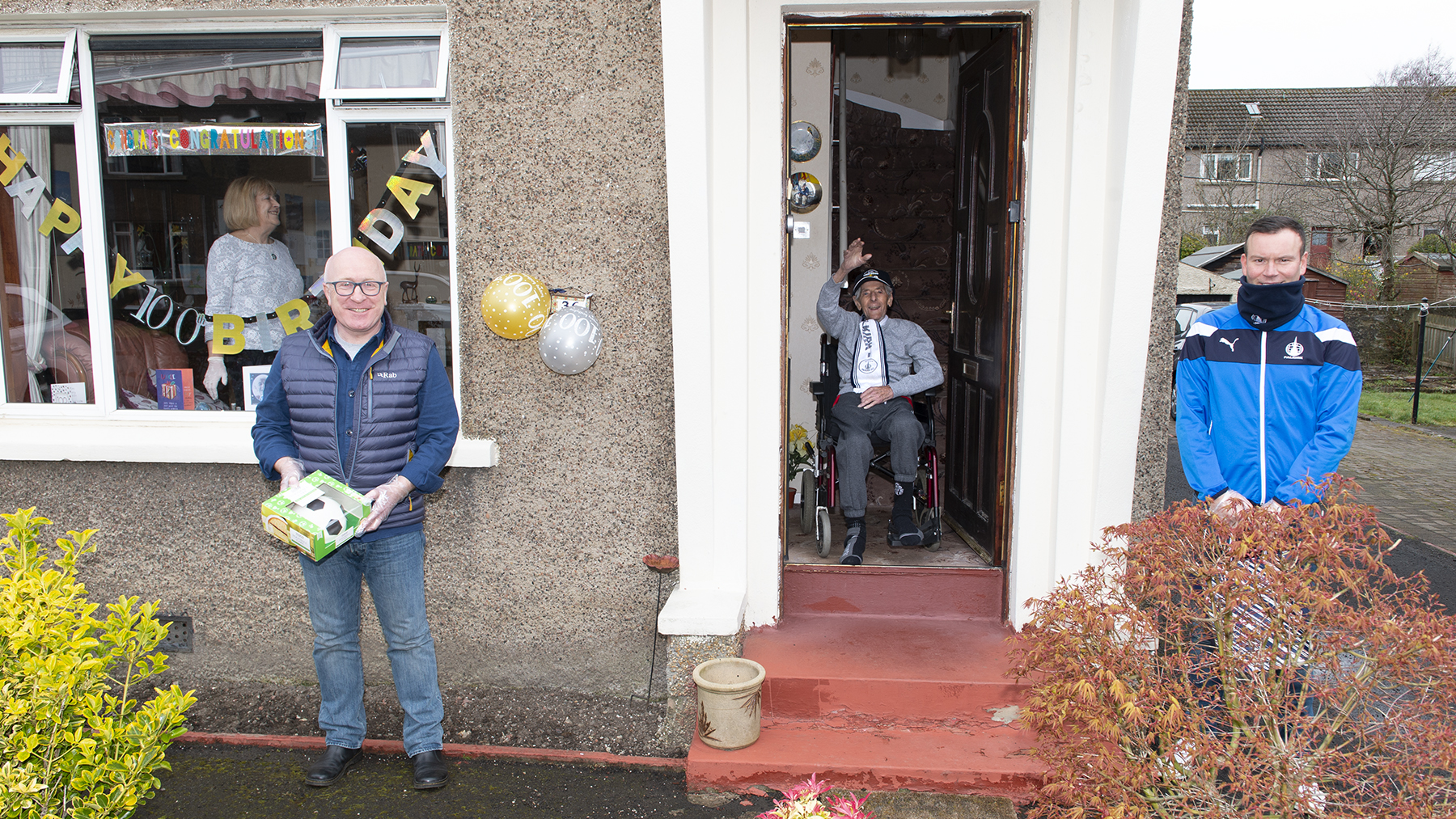 Christmas Day 1944. The war is put on hold, for 90 minutes at least. Some allied Air Force units turn their attention from battlefield opposition to more friendly rivalries from closer to home. It’s an English team versus a team of Scottish, Welsh and Irish. After a hard fought game, the English are beaten by the Rest of UK team, whose goalkeeper comes from closer to home than any of his teammates.

Malcolm Finlayson, although beginning to show some signs of dementia, can still remember playing in that friendly game against the English during the Second World War. Malcolm, who was born in 1920, has been a Bairn all his life. A resident of Camelon, Malcolm went to his first Falkirk game in 1926, aged just six years old and on Thursday, he turned 100. Unfortunately, the last game Malcolm was able to attend was back in 2018, but not every fan can say they’ve been going to games for 92 years.

Back then, Malcolm recalls crowds of up to 15,000 packed into Brockville Park, and even remembers games against Celtic that saw crowds of 20,000 inside Falkirk’s old park. In those days, he says, all the supporters were mixed in together, which created a really good atmosphere and Malcolm even found himself in amongst a lot of Celtic supporters during one game at Brockville.

When asked who his favourite player was, Malcolm mentioned a left footed, left winger. All those years ago, it could only be one man, Kenny Dawson, who spent three spells at Falkirk during his career between 1934 and 1951. Kenny was described as a lightning fast, goalscoring winger so it is easy to see why he was Malcolm’s Falkirk hero.

One game that still stands out in his mind, as his favourite game, was a six nil thrashing of Hearts, most probably in 1993, in which Crawford Baptie and Richard Cadette were among the scorers. Back then it was clear that Malcolm wasn’t one to miss a game for any reason, as he remembers a time in the eighties when he underwent a full knee replacement and still made it to Brockville the next day despite being in significant pain. 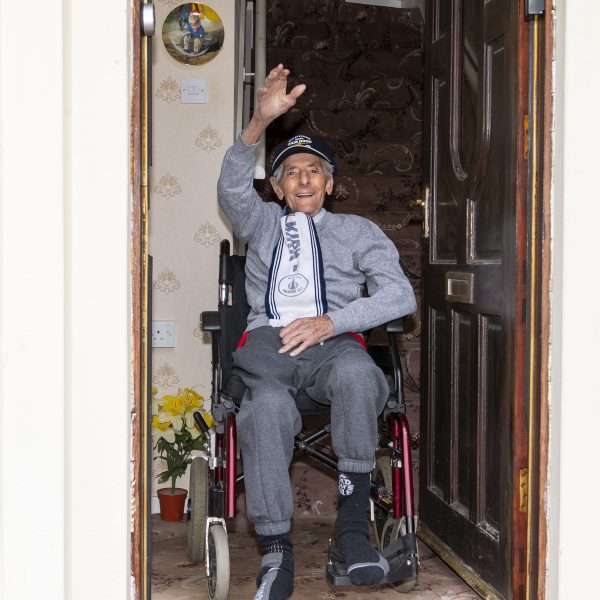 You’d expect nothing less from someone who has been a die hard fan for near on 100 years, a fan who took part in a gymnastics display at Hampden before the 1957 Scottish Cup Final, and then found himself on top of one of the open top buses heading back home after Falkirk had beaten Kilmarnock in a penalty shoot-out to lift the cup.

Malcolm’s grandson, Alain, who plays for Falkirk over 35s and who kindly shared these stories of his grandfather with us, told us about his first experience with Falkirk FC. “He took me to my first ever game when I was eight, so that was 1988. My dad, who had been a Hearts supporter all his days, became a Falkirk supporter around that time too. Me and my dad have been Falkirk season ticket holders ever since.”

Because Malcolm is unable to get out and about, and given the current situation we are all facing, the club wanted to do something special to celebrate Malcolm’s 100th birthday. Since his last game two years ago, Malcolm has been missing football, and the whole experience that goes with a match day, including a half time pie.

With all this is mind. Chairman Gary Deans and Commercial Director Kieran Koszary decided to visit Malcolm, surprising him with a bag of supplies, a birthday cake, and a special ‘Kemlin Pie’ courtesy of Patrick’s of Camelon, since he is a lifelong Camelon man.

“It was fantastic to visit Malcolm and his family on this very special day,” said Kieran, “The spirit and strength that Malcolm has shown epitomises everything about being a Falkirk supporter. As a club we would like to thank him for all his support over the last century.”

Gary Deans, Chairman added: “It was great to see Malcolm in such good spirits, and to be able to celebrate with him in these difficult times was fantastic. I hope I’m still around to wear my FFC scarf at 100.”

On behalf of everyone at Falkirk FC we wish Malcolm a Happy Birthday.