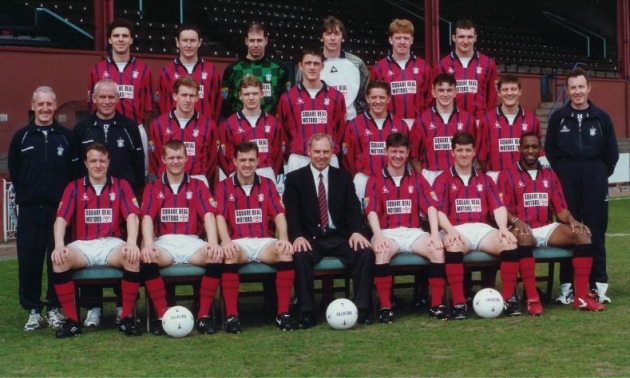 As part of our build up to Wednesday night’s special Midweek Falkirk Fix on Falkirk TV, Alex Totten looks back on our famous Scottish Cup Semi-Final ties v Celtic in 1997.

“Alec Totten’s made a big mistake there. You don’t get two bites of the cherry against the Old Firm. He should have kept Kevin James up there to try and win the game”

Leading up to Falkirk’s glamorous semi-final match, manager Alex Totten and his squad were in high spirits, and quietly confident about the sizeable obstacle that now lay between them and the cup final.

“We took the boys away to the Marine Hotel in Troon to prepare. We‘d taken them there before we played Dunfermline and Raith Rovers in the previous rounds. The boys loved it. And to have beaten Raith Rovers and Dunfermline who were two Premier League sides then, and we were a first division side, was a tremendous achievement. If we go and do our best and keep it tight, you never know what can happen.”

“We were all excited you know, we were in a semi-final.” 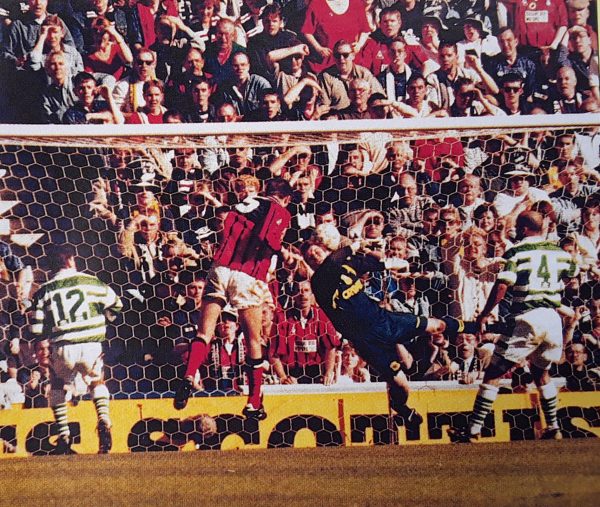 12th April 1997. The day of the big game. Alex remembers it as if it were yesterday: “That Saturday, it was a beautiful day, the sun was shining, it was great.”

“Tommy Johnson scored and we’re 1-0 down. When you think of that Celtic team, Andrea Thom, Paolo Di Canio, Jorge Cadette, there were a lot of really good players. So we’re getting beat and I said, “well we’ve got nothing to lose”, so I put big Kevin James up, 6’7”, and I can still see it, Jamie McGowan the captain, crossing the ball and big Kevin bulleted the header right in the back of the net past Marshall. Later on that week he says, “Boss, my papa was in the stand, somebody banged him in the back and he lost his teeth!”

“I brought Kevin back after we equalised and I remember Gordon Smith on the radio saying “Alex Totten’s made a big mistake there”.”

It seemed that Falkirk were indeed getting a second bite of an Old Firm cherry, and they didn’t plan on just having a nibble. This was an opportunity that The Bairns weren’t going to let slip, and Alex and his boys knew they had a chance.

“Going through on the Wednesday, we had nothing to lose, just keep things tight. You’ve always got a chance in a one off situation.”

“It was pouring with rain on the Wednesday, completely different from the Saturday”

“We scored on 19 minutes. Jamie McGowan crossed it and David Hagen set up Paul McGrillen who headed it past the keeper, who was well off his line. It was good thinking from Paul. On 19 minutes, all that time to go.”

It was an awfully long time to hold out against a team like Celtic, who were inevitably going to press relentlessly for the remaining 70 minutes. It was backs against the wall for Falkirk. Alex recalled that certain things did go in the Bairns’ favour however, such as the performance from a certain Paolo Di Canio: “Rather than being a team player, it was the Paolo Di Canio show, which suited us really.”

As if the 70 minutes of trying to keep the lead wasn’t enough, the five minutes of added on time were torture for the underdogs, who had given all they had and couldn’t give much more. They were so close.

“I’m looking at the clock, 90…91…92…93… and Crunchie got the ball and ran away towards the corner flag. I said to him after the game, “I can’t believe you had the strength to do that” and he said, “Gaffer, it wasn’t my legs”

“When the referee blew it was a strange feeling, we hadn’t been in a cup final for 40 years and we were actually through to the final. What a result! To go through there and beat an Old Firm team over two legs, I mean my god, it was a miracle to be honest with you.” 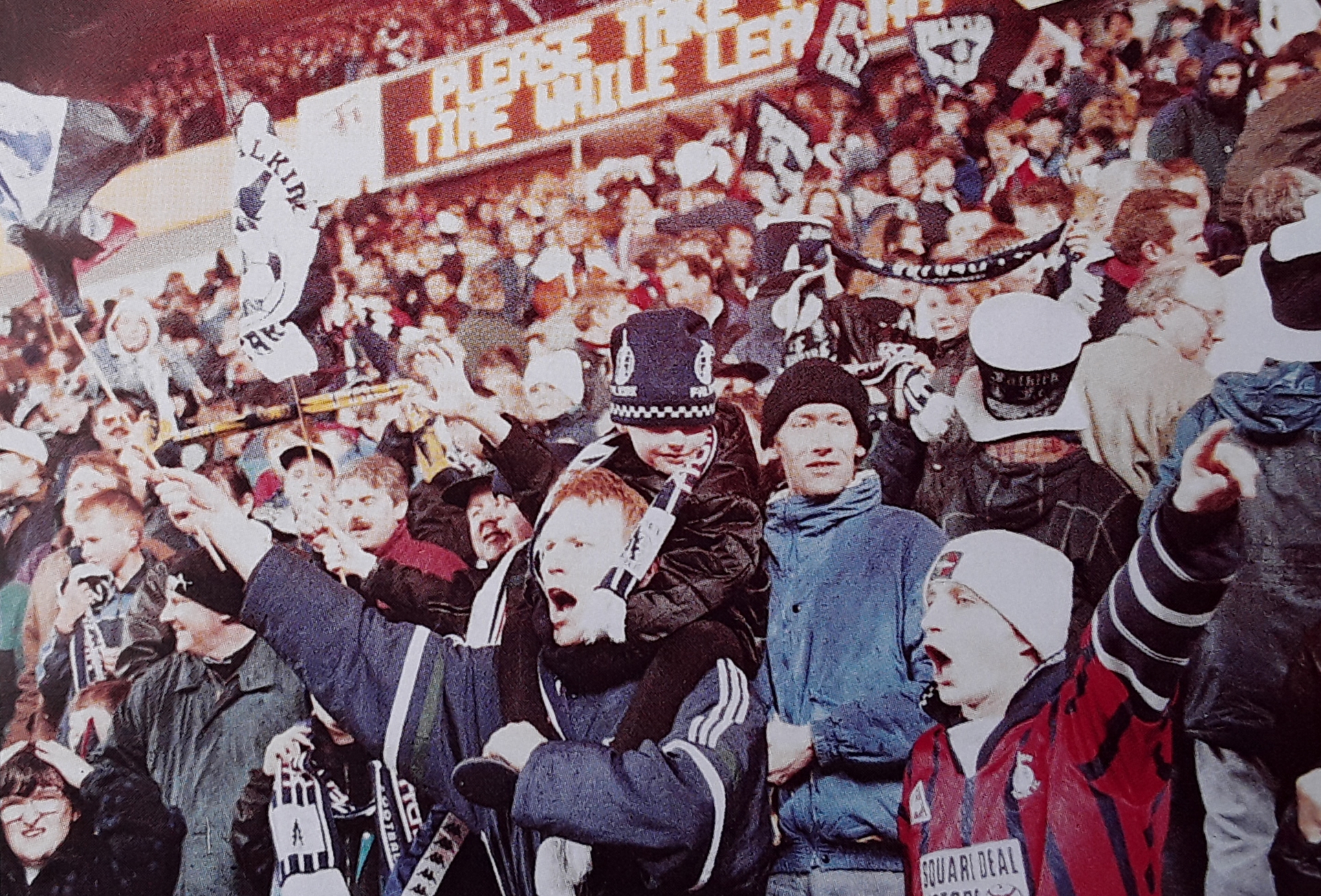 Alex went on to describe the celebrations after the game, and how a wonderful day turned into a fantastic night.

“It was unbelievable, all the players got together and went towards the Falkirk end. Tommy Burns, to be fair to him, came looking for me and the players afterwards and wished us all the best.”

“On the way back to Falkirk, Scott Mackenzie was sitting up the back with his dad and all you could hear was “canny believe this, canny believe this”, I said “well you better believe it, we’re there.”

“As we went through Camelon, there must’ve been about 50 or 60 people stopping the bus, and they’re saying “come on Alec, bring the boys into the Roman Bar for a drink, well, I was there till 6 o’clock in the morning, Crunchie was still there with his mum and his wife and everything.”

It’s no wonder that those semi-final games remain so fondly in the memories of the manager, the team, and the fans to this day. Two inspiring performances that showed the spirit of Falkirk Football Club and a reminder of what they are capable of.

And there must be no better feeling than achieving what Alex achieved with his boyhood club.

“To beat Celtic over two games in Glasgow was a miracle, what a feeling to take your club to a cup final.”