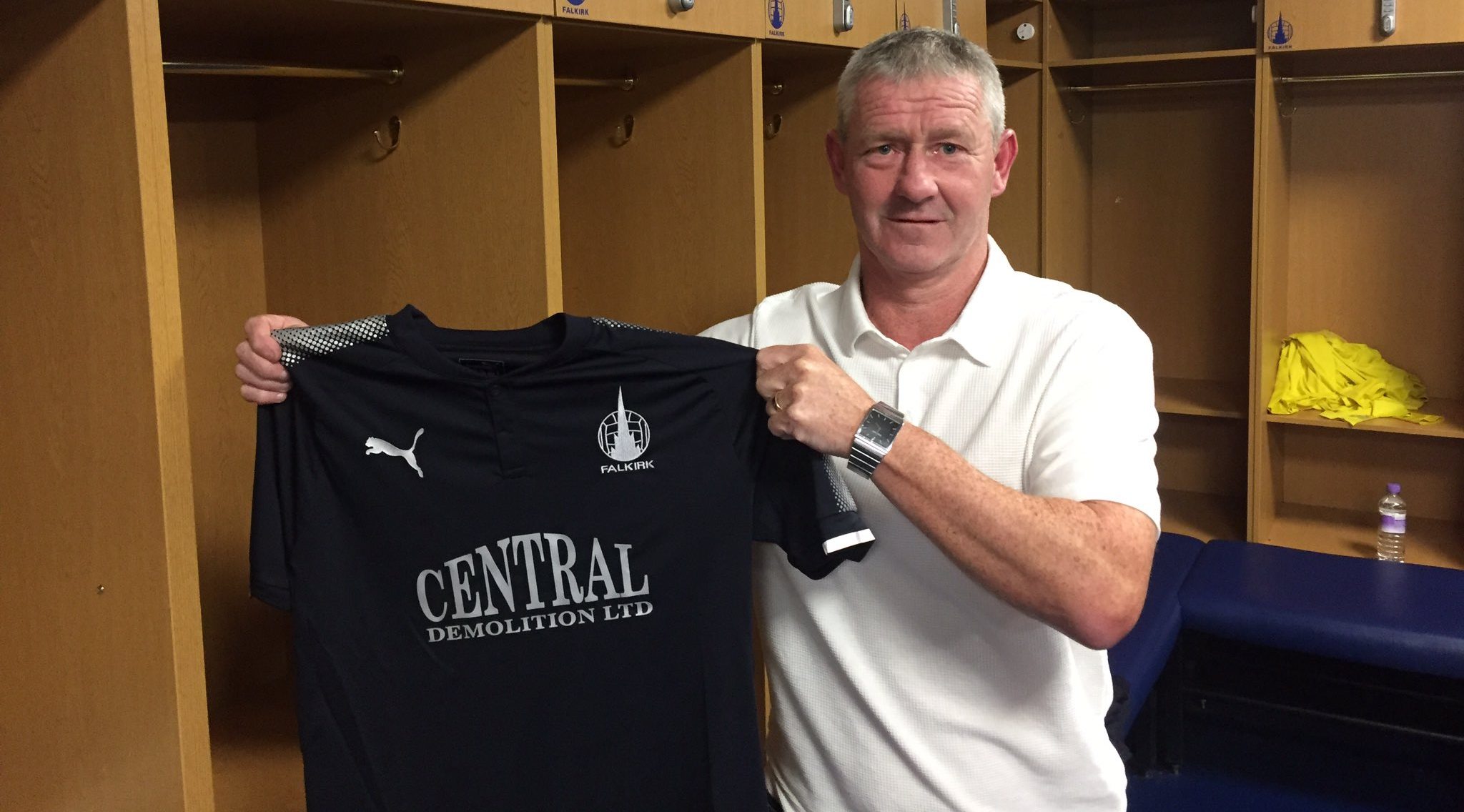 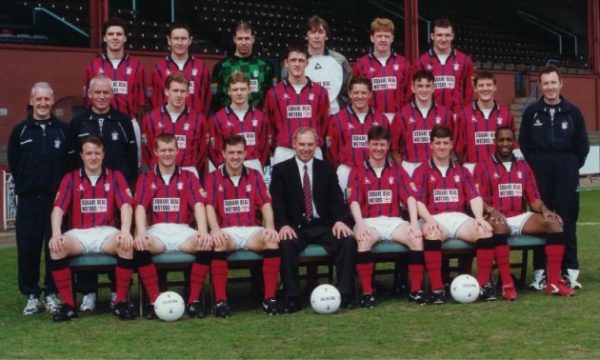 While manager Alex Totten told us of his fond memories of both Scottish Cup semi-final games in 1997, Falkirk’s player of the millennium Kevin McAllister, or ‘Crunchie’ as he is affectionately known by fans and those who know him, recalled his fondest memories from the replay. Given how that replay ended, it’s easy to see why.

The “glamorous draw” wasn’t being treated as a special game by any of the team, despite being a big hurdle. It was just business as usual for the Falkirk boys.

“We just tried to treat it as the same as the last 2 games. We knew it was going to be a difficult game, we just tried to build it up and see what we could get out of it.”

Although the game was being approached in the same manner as the previous two games against Dunfermline and Raith Rovers, the squad were under no illusions of the task ahead of them.

“We had an experienced team. Apart from Kevin James and Andy Seaton who were 19, the rest of our players were quite experienced and had played against most of those players before so we knew what to expect. We had players who had played in England and players with Premier League experience. We weren’t fearful of them, but we knew it would be difficult and that it would take an unbelievable team performance to get through.”

Kevin ran through his thoughts during what seemed like an exhausting game. A game that pushed every one of those Falkirk players to their limit.

“I think we started the game quite well. The ball got played out to Jamie on the right and he put a deep cross in, Hagen was coming into the back post and he sort of just helped it on and Paul McGrillen’s hit a beautiful wee, delicate header over the top of the goalkeeper who was off his line and it just floated in.”

“I remember a few of the lads went to celebrate but I just jogged back to the half way line thinking “It’s going to be a long night”, trying to save a wee bit of energy. I looked up at the clock and I think it was 19 minutes and after that, every time you looked at the clock it was like it was going up in minutes. The whole second half just took forever, but we eventually got there in the end.” 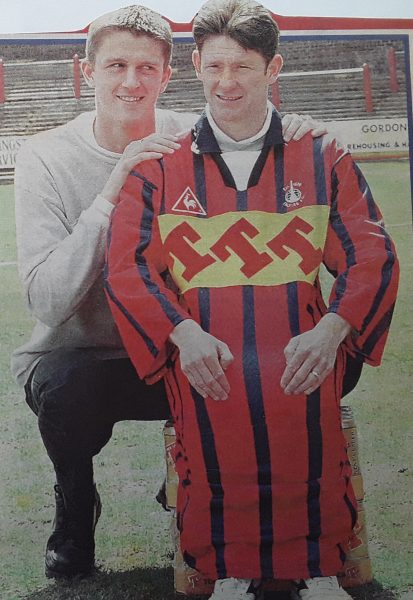 Even though the game seemed to drag on, it had already taken its toll on some of the players even before half time mainly due to the immense pressure that Celtic were applying in a desperate bid to claw their way back into the game.

“My body wasn’t in parallel with my legs. My legs just took me there and my head just let me. I had that from the 42nd minute, never mind the the 90th.”

“The team performance that night was absolutely incredible. After Paul scored on 20 minutes it was basically press, press, press from them but as long as we were a goal in front we had something to hang on to.”

“Every time they went forward they created a chance but it either just went past, or it hit the post or Craig made a save, or one of the defenders blocked it. It was fantastic, a fantastic team effort.”

The fact that the Falkirk players were running on fumes and still managed to hold on until the final whistle, fighting through tough weather conditions to boot, shows just how much they wanted it. Kevin put their resilience that day down to a number of things:

“It was just pure guts and determination, will power, desire, and fantastic support behind the goals urging us on. I mean, it was difficult conditions with the weather but everybody to a man gave everything. If Celtic had scored just before the end I think they would probably have taken five or six off us in extra time because we had nothing left.”

“When the whistle went I didn’t really know what to do, It was just basically emotion, relief, we were going to the final, it was just everything rolled into one and it’s the best feeling I’ve ever had after a final whistle.”

Even during the celebrations though, Kevin and the rest of the squad took the time to appreciate a touch of class after the game from an unexpected visitor to the changing room.

“After the game we were in the dressing room and obviously it was bedlam. Then there was a knock on the dressing room door, the door opened and Tommy Burns, the Celtic manager came in and said we were fantastic and wished us all the best for the final. After he left, the room went a wee bit quiet. For the opposition manager, who was under a bit of pressure at the time, to come in and wish the boys all the best in the final was just fantastic. That was five or ten minutes after the game as well, he must have been outside the door and heard the noise from inside and for him to come in and do that was a magnificent sporting gesture, it must have been very difficult for him.”

Then it was time for the trip back to Falkirk, which we all know from talking to Alex Totten, ended up prematurely stopping at the Roman Bar in Camelon. A stop that may not have been as spontaneous as we first thought.

“A phonecall was made to the Roman Bar by Jim Hendry who used to be the commercial manager and had a stake in the Roman Bar. When we got to Bonnybridge he phoned the pub and told them the bus would be passing in five minutes or so, so everyone in the pub came out and they stood in the middle of the road and wouldn’t let the bus go by.”

“I was probably going back there anyway so I said “if they’re not letting us past I’m just going to go in now”, and I think Scott Mackenzie and the other boys thought “well if you’re going in, I’m going in”, so everybody jumped off the bus and we all ended up going into the Roman Bar for the rest of the night, so it was a fantastic night, the celebrations were unbelievable.” 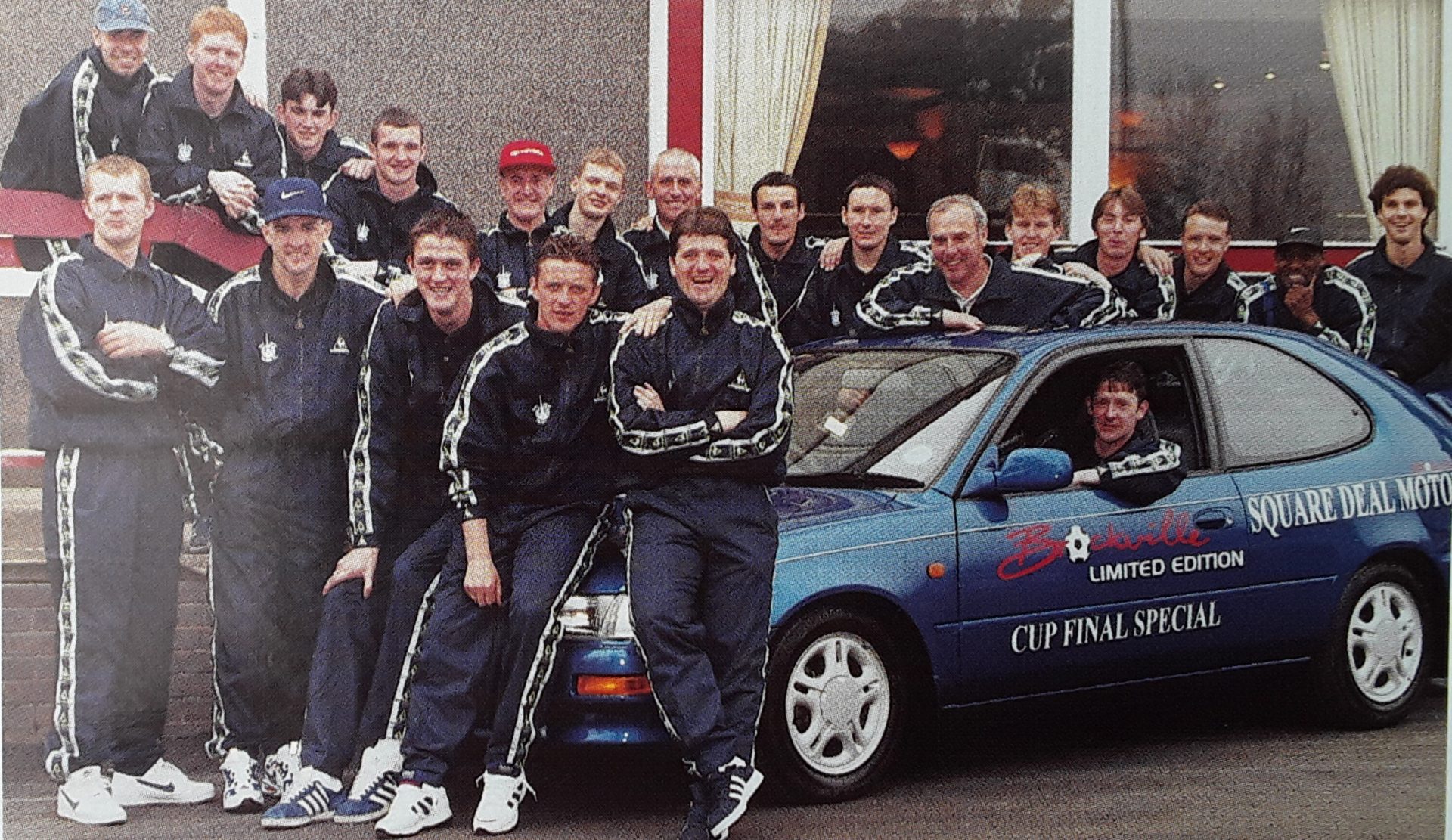 That semi-final result is a memory that isn’t just shared by the team, but by everyone involved with Falkirk Football Club. For some, despite falling short in the final against Kilmarnock, there wasn’t a much better feeling.

“It’s a thing that every supporter behind the goal last night wouldn’t forget either. It was just one of those games, I mean it was a semi-final, we were playing Celtic at Ibrox, it was our first semi-final for 40 years. I think that’s a hard one to forget. It was like a dream really.”

Tonight at 7pm we’ll be re-living the legendary 1997 Scottish Cup ties against Celtic with a special programme only available to Falkirk TV subscribers.