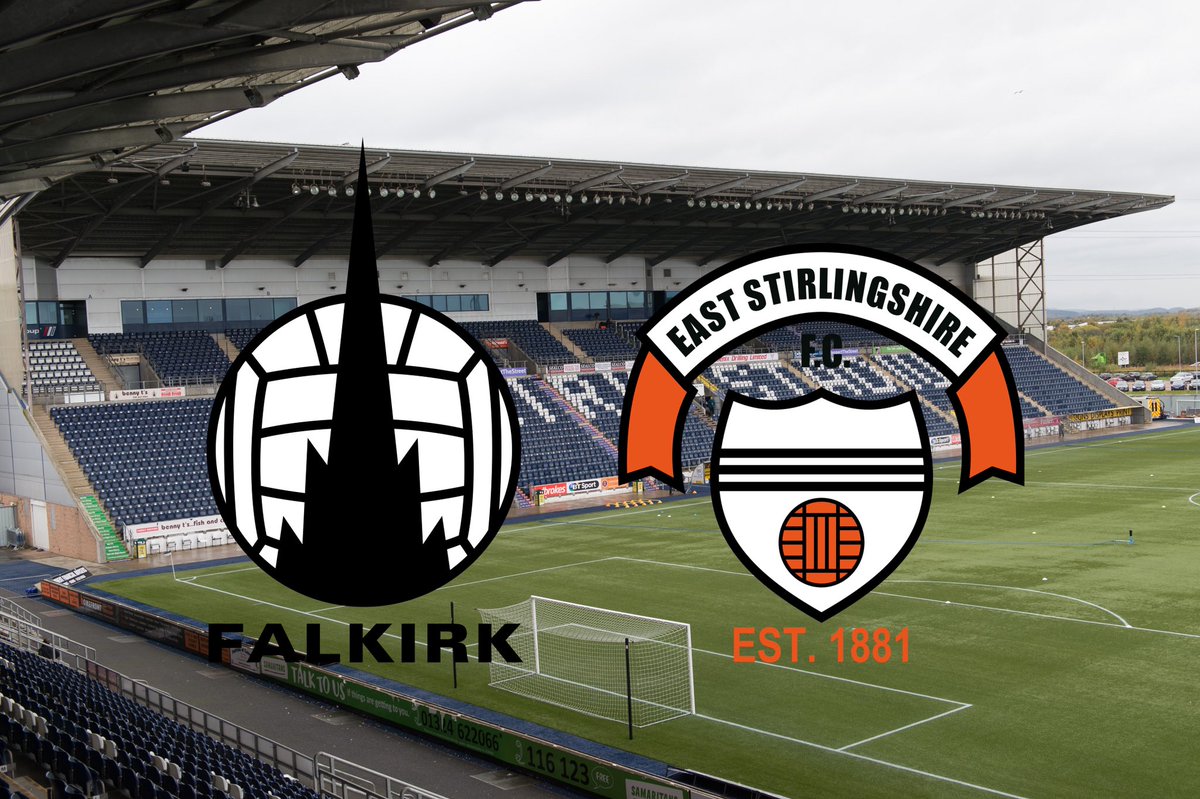 As part of the club’s ongoing relationship with Forth Valley College, Digital Media Student, Ellis Wilson, has written this article for the Club website.

Falkirk versus East Stirlingshire is a derby which has become vastly displaced within Falkirk’s accomplished history. In modern times, Falkirk v Dunfermline Athletic has been the prevalent fiery consciousness forefront of most Bairns minds for as long as can be remembered. The 7th of March 1989 will go down as a classic confrontation between both outfits as promotion chasing Dunfermline were silenced by the magnificence of Derek McWilliams, Paul Rutherford, Sammy McGivern, and Stuart Burgess with goals scored by each bringing the Pars back down to earth with an almighty bang with a thunderous roar emitted from the terraces at Brockville sending the Pars packing back across the Forth in true Falkirk fashion.

However, a Derby that has become so vastly unnoticeable in recent memory should be relived and recuperated as Falkirk versus local club East Stirlingshire seems like the perfect recipe for a red-hot fiery flame of Falkirk bred passion as the two native teams battle it out for local supremacy as Falkirk’s premier club.

Unfortunately, the flame of a burning rivalry has dampened, largely down to the league standings which has separated the clubs throughout both teams’ long histories since the regular meetings in both club’s founding years.

East Stirlingshire’s history making relegation in 2016 has saw the Bainsford born outfit embark on a perilous journey pulsating to find true identity after the switch away from the charming Firs Park. The starting point of Sir Alex Fergusons managerial career, East Stirlingshire has had pockets of serious success. Founded under the name Britannia, the clubs first match was a friendly against Falkirk’s second XI which resulted in Falkirk winning 7-0 in 1880, then again when the club was officially known as East Stirlingshire. The traditional friendlies have continued; however, such meanings could be taken in vain as both clubs would silently obtain the bragging rights of victories of such ‘friendlies’

Falkirk and East Stirlingshire’s first competitive league meeting was played out at Merchiston Park near Bainsford where Falkirk ran out as 2-0 victors on the historic match which became a volatile fixture in the local area.

Although Falkirk has loosely separated itself from the local triad of rivalries within the local vicinity, aside the ground-sharing agreement. East Stirlingshire’s successes have been tightly compatible with the regional outfits and rivalries. As mentioned in the latter, their famous Stirlingshire Cup final win over Falkirk, their 10-1 victory over Stenhousemuir in the Scottish Cup, and the close battle with Falkirk in the second division which saw The Shire enter the last match of the season on equal points as East Stirlingshire needed to net more due to their inferior goal difference. However, Falkirk were victorious in the match and East Stirlingshire drew resulting in them finishing second.

For large spells, Falkirk and East Stirlingshire shared one of the closest rivalries in Scottish football with Brockville and Firs Park being marginally close at geographically half a mile away, adding to the intensity when derby day came around. As of now, there is no geographical separation between the clubs as East Stirlingshire ground shares with Falkirk. Data would show that the move away from Firs Park may have been at a misjudged time, if not forced, as East Stirlingshire’s home attendance was growing steadily until the move away which has saw home attendances decrease since, with Falkirk finding a new home on the outskirts of the town. The subsequent changes in venues and distance between grounds and the town centre diluted the nature of the derby.

Perhaps largely subdued in history, both clubs were close to merging in 1905 to create a financially more stable outfit for the town of Falkirk. However, East Stirlingshire ultimately rejected the proposal then miraculously merged with Clydebank Juniors which was ultimately scrapped after one season.

Falkirk and East Stirlingshire have not competed in the same league since the 1981-82 season with meetings being a rare occurrence between the clubs. In modern times, fans of both clubs have been treated to a plethora of friendlies to which Falkirk rode out victors in most occasions. The last competitive game with real capacity was when the two clubs met five years prior in the Scottish League Cup first round match. A glut of goals saw The Bairns progress in the tournament with Aaron Muirhead turning into Roberto Carlos for a brief spell scoring a dipping peach as the game’s best finish as Falkirk were 5-0 victors.

Although there has been a decrease in action between both clubs, hopefully one day we’ll get a real meaningful cup fixture to rekindle the spark of a true local derby that instils a fiery atmosphere  which the town hasn’t experienced in so long to bring restitution to the tradition of passion based regional football rivalries.