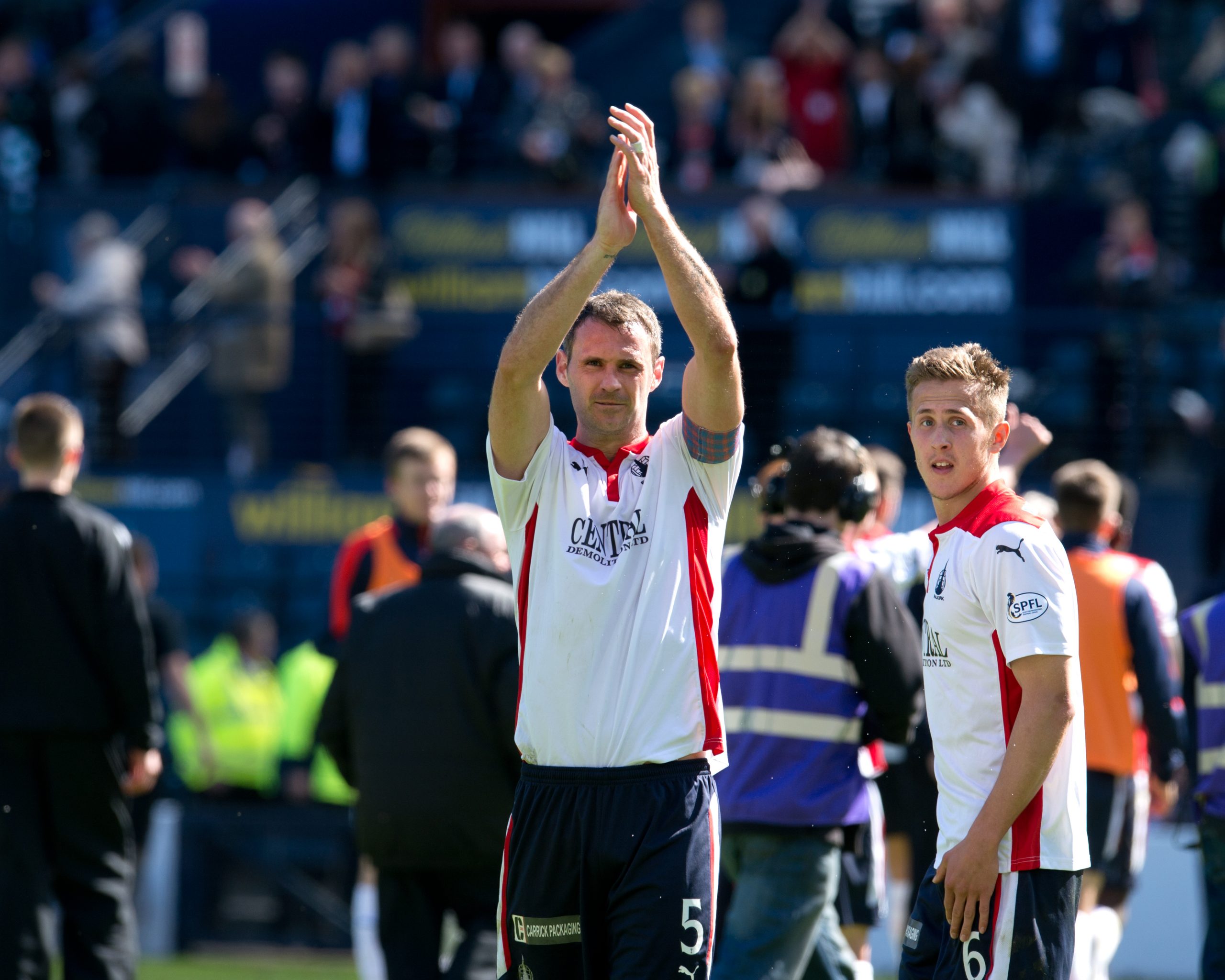 Co-Manager David McCracken walked straight into professional football straight out of school. From starting out at Dundee United to managing a team who he spent four memorable years with, David takes us through the highs and lows of his journey to the Falkirk Stadium.

David has taken to management like a fish to water since taking over with former team-mate Lee Miller as his co-manager back in November last year. It’s easy to see why he’s settled into the role so well given the managers he played under throughout his career, and even the youth coaches who he started his playing days under:

“I left school and my first job was as a football player. I signed with Dundee United, did my two year apprenticeship there, and then I broke into the first team and managed to get a pro contract.

“I was fortunate enough to have coaches of the calibre of internationalists. Maurice Malpas and Terry Butcher were my youth coaches at the time so that was a good grounding for me as a defender. It was proper, old school training and upbringing, where you had to earn the respect to be in the first team changing room. You had to clean boots, you had to clean the stands before home games, stuff like that. Some people frown on that but I think it was a very good thing because you learn to earn the respect of older pros.” 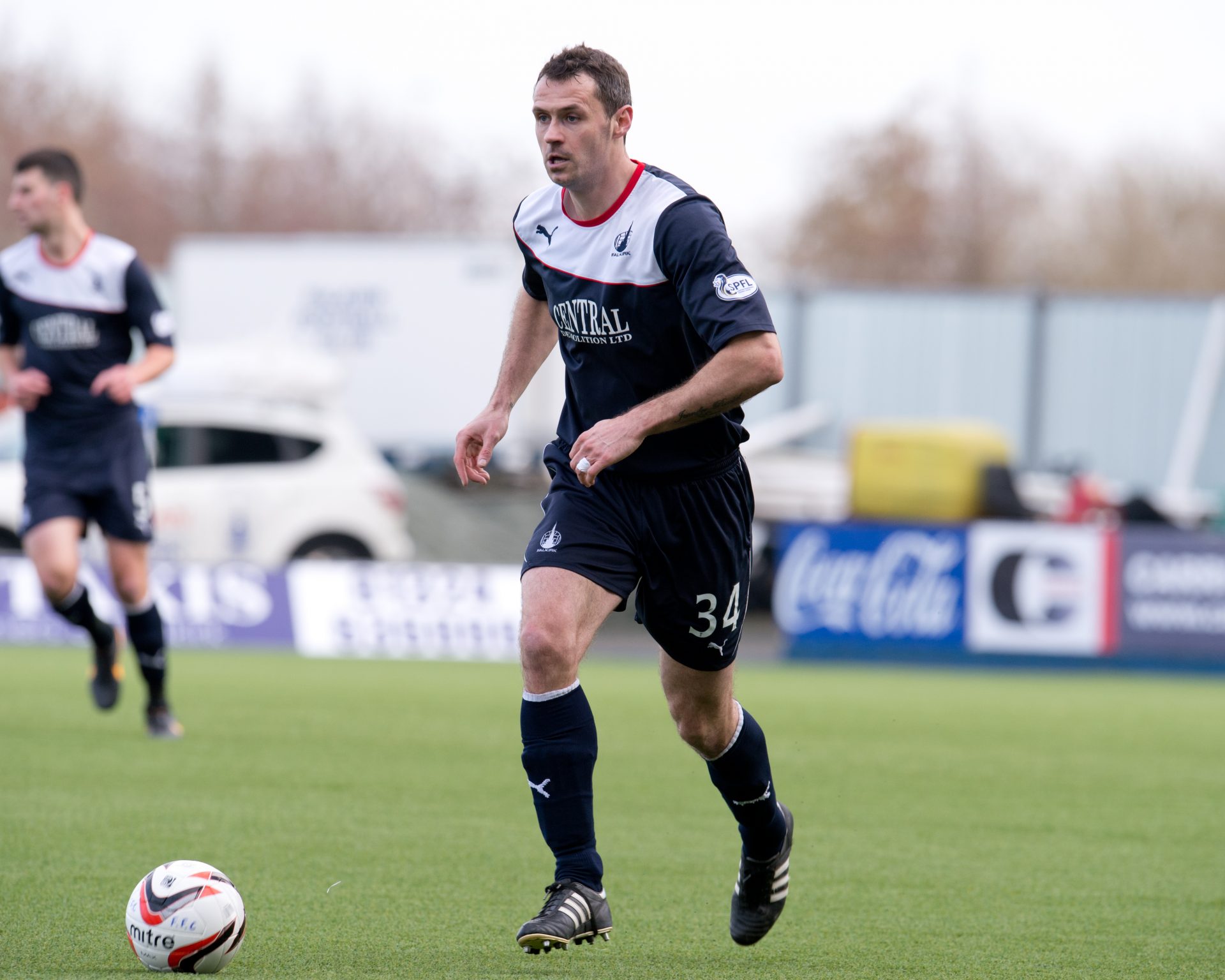 Dundee United was an ideal place to start his career at the time, offering all the valuable experience that a top flight team had to offer. David solidified his place in the first team and spent nine years going through a rollercoaster ride of footballing experiences with The Terrors:

“I was at Dundee United for quite a while, I stayed there for nine years and went through everything: relegation battles, semi-finals, cup finals, getting into the top six, playing in Europe, so it was a mixed time in terms of experience through there.

“When I left it was probably the right time, my game was kind of stalling a bit. Craig Levein was manager at the time and Peter Houston was his assistant. They made the decision that it was probably best for me to get a fresh start somewhere else, and that’s what I did.

“I had options to stay in Scotland but I took the decision to move down to England. I went down to Wycombe Wanderers where Paul Lambert was manager at the time and he made me club captain straight away, which I’ll be forever grateful for.”

Being appointed captain for the first time in his career was exactly what David needed to further his development as a player at a time when he thought his game had stalled. The newfound responsibility kick-started a successful few years in England:

“It was a turning point in my career in a sense. Because of the captaincy I felt I had to mature a lot, and I took on a bit more responsibility.

“That year we missed out on the play-offs unfortunately but then the following year Peter Taylor came in, a great manager with unbelievable experience having been around the England set-up. Fortunately enough that year we got promoted to League One which was amazing, it was a great experience.” 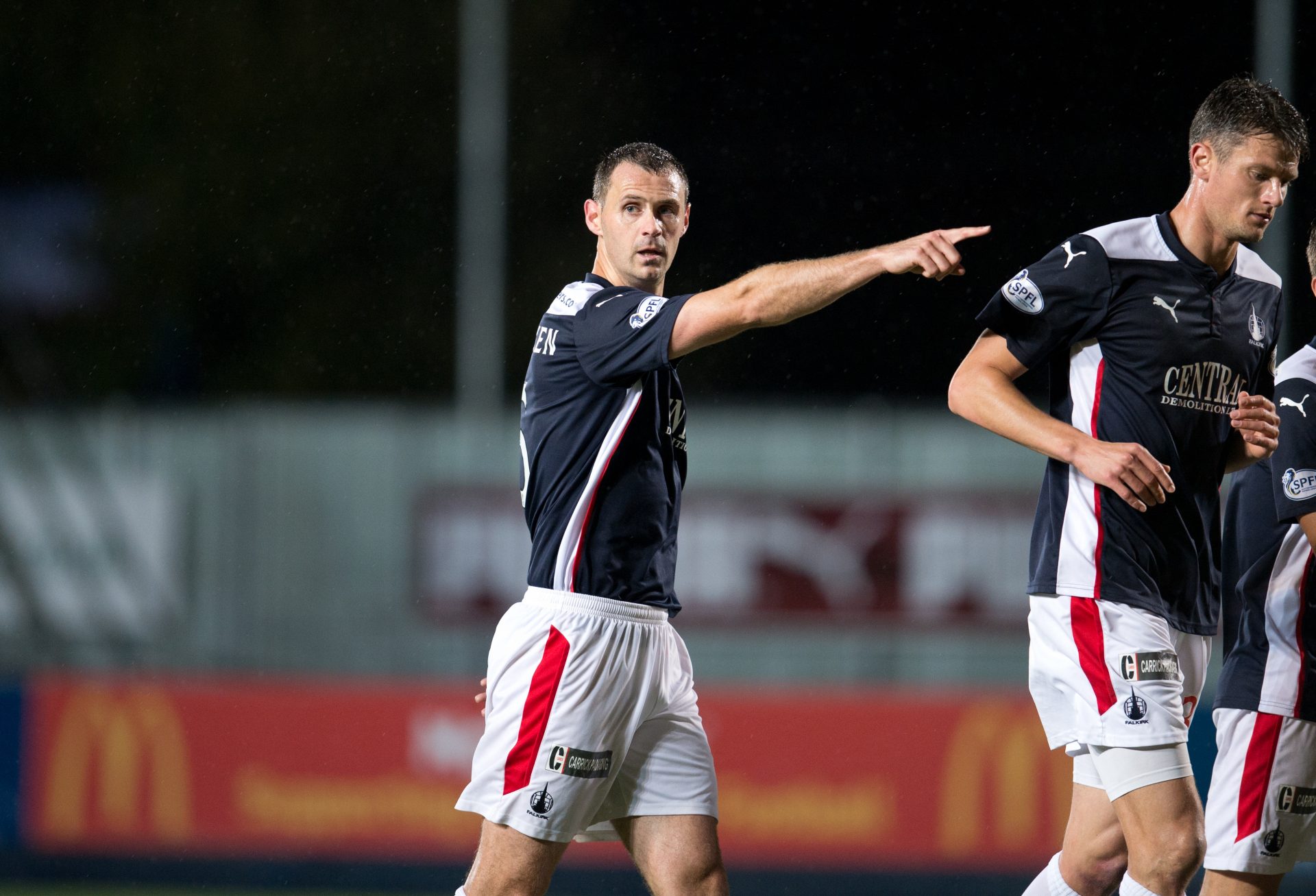 After gaining promotion with Wycombe, David spent the following two years at MK Dons and Brentford. Playing under Paul Ince at MK Dons was a highlight for David, who felt that it was “unbelievable what he [Ince] passed on.” The stint at Brentford didn’t prove as fruitful however, and David didn’t get much playing time, describing his spell there as, “not the best time in his career.”

It was after that unfortunate year at Brentford that David took the opportunity to come back down to Scotland:

“After that I made the choice to come back to Scotland. Derek McInnes was at St. Johnstone at the time and I’d played with him at Dundee United, so he knew the type of player and the type of person I was. I had a couple of successful years at St. Johnstone, we got into the top six and qualified for Europe both seasons which was great, playing in Europe was fantastic.

“After that, again, was a crucial part of my career where I’d agreed a contract there but had to get an operation on my knee which was going keep me out for three or four months. Unfortunately that contract was wiped away, so it was a pretty vulnerable time for me because I knew I wasn’t going to be able to train. I couldn’t perform, I couldn’t go out on trial with anyone and earn a contract so that was pretty tough.” 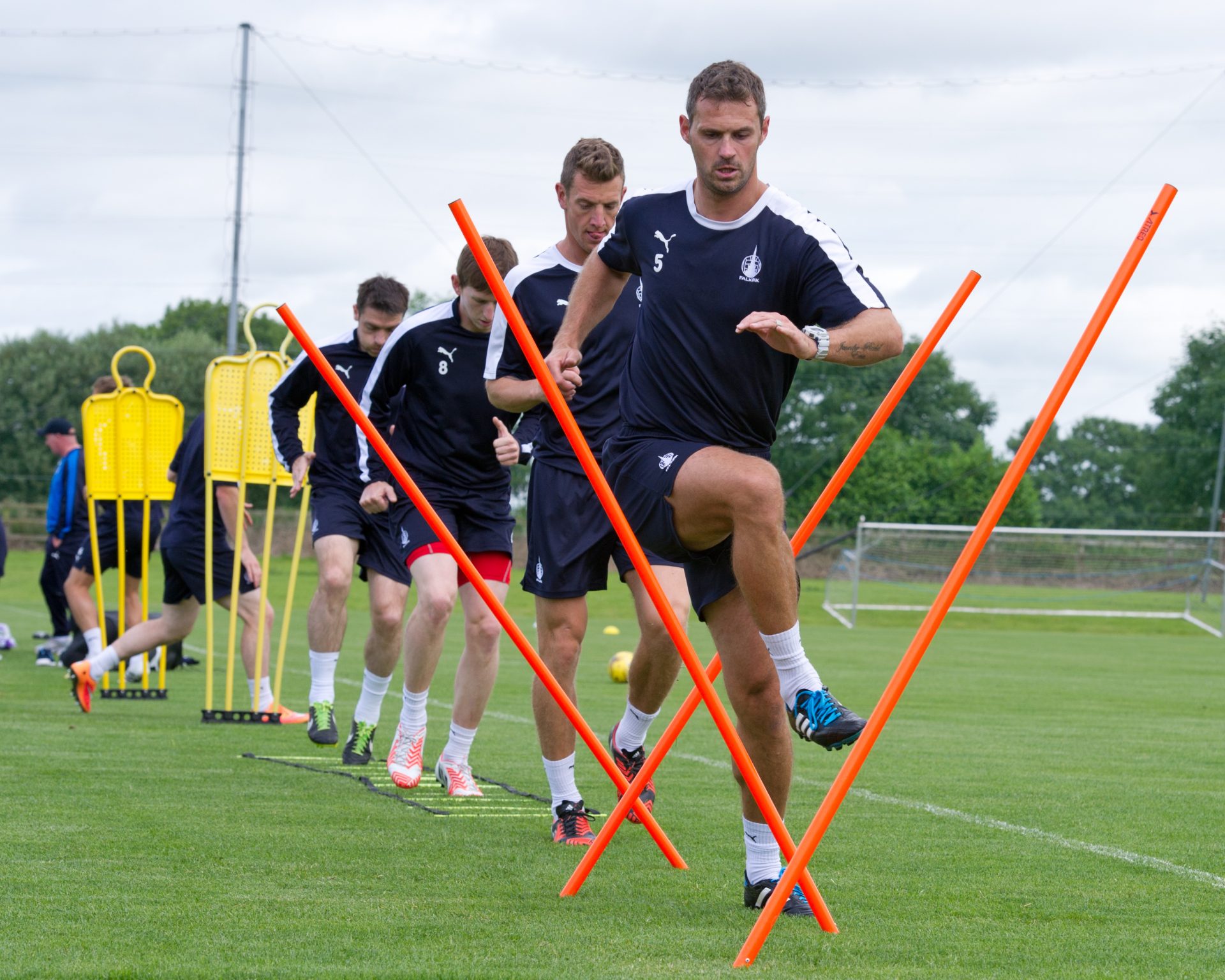 With the knee surgery threatening to keep David out of the game for four months, things were looking bleak, but every cloud has a silver lining, and in this case, that silver lining was Gary Holt:

“That ultimately is what brought me to Falkirk. At that time, Gary Holt was the manager. I’d played with Gary down at Wycombe and was still in close contact with him. He knew what type of player I was, he knew that I would rehab really well and that I would probably be back sooner than the three or four months.

“He told me to come in and use the facilities at Falkirk and use the physio, which sped up the recovery process and ultimately, from there, I signed a contract.

“I was made captain but unfortunately Gary left and Peter Houston came in. Looking back, I’ve been very fortunate in terms of the managers I’ve played under, I’ve had great experience in the game. I’ve learned a lot from playing under them, especially as a captain because you’re in close contact with them and so they sometimes give you more information than you probably would have got as a regular player.” 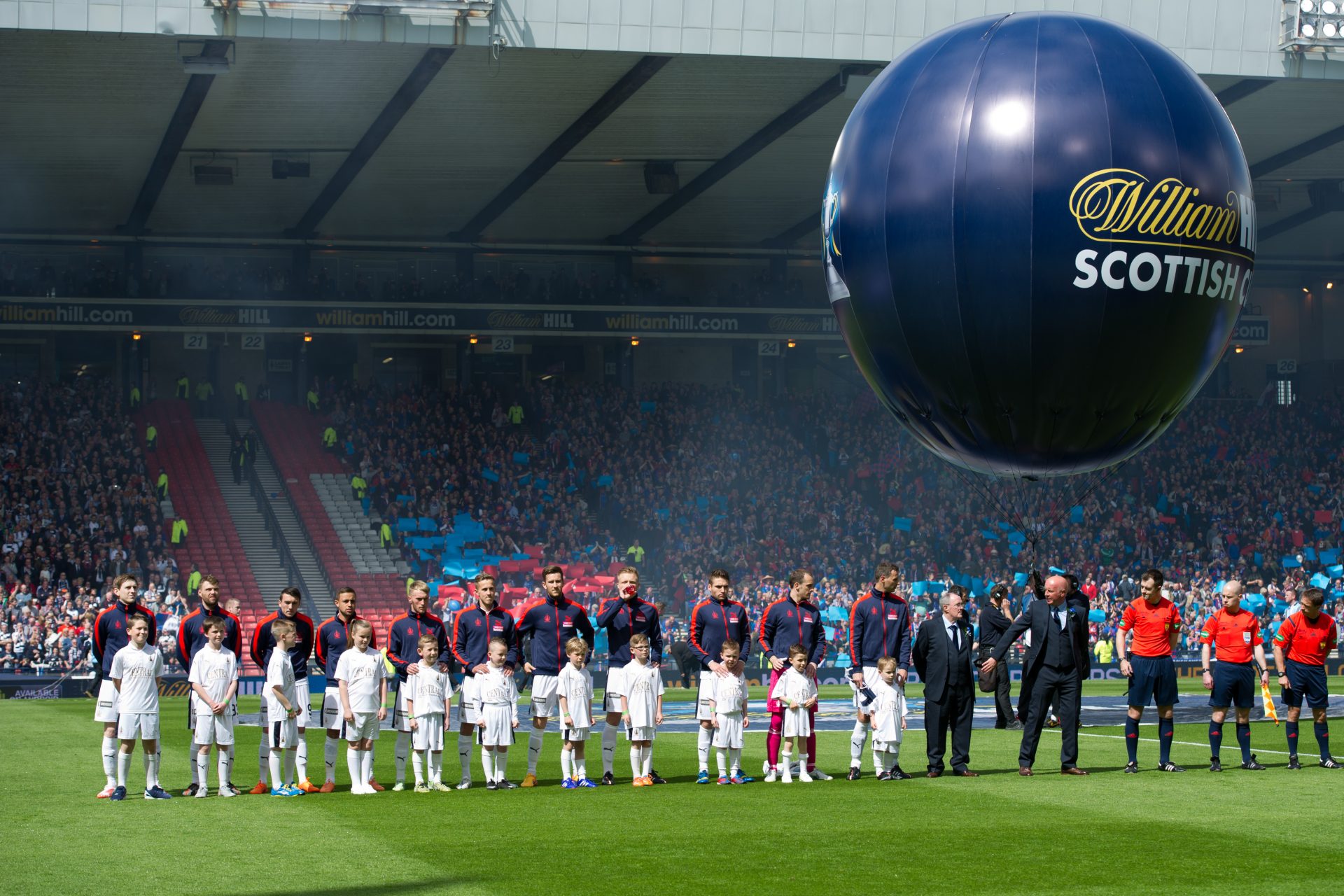 Like so many former Falkirk players, some of David’s fondest memories are from his time at Falkirk. From a great coaching team, to the talented squad of players, to cup finals, David’s spell at Falkirk was a memorable one:

“Through that time with Gary and Peter, we had some great times, getting into play-off finals and cup finals. Unfortunately we missed out on that cup final and missed out in the play-offs as well but that experience, to lead your team out at Hampden as captain in a cup final was a massive achievement for me.

“There were some really good times in that period, we had a great few years with some great players who have moved on. The likes of Stephen Kingsley, Will Vaulks, who are now playing at a high level in England. I think back then you saw a number of players coming through from the academy like Craig Sibbald and some other players like Blair Alston who were nurtured and did really well with the club so it was good to see that.” 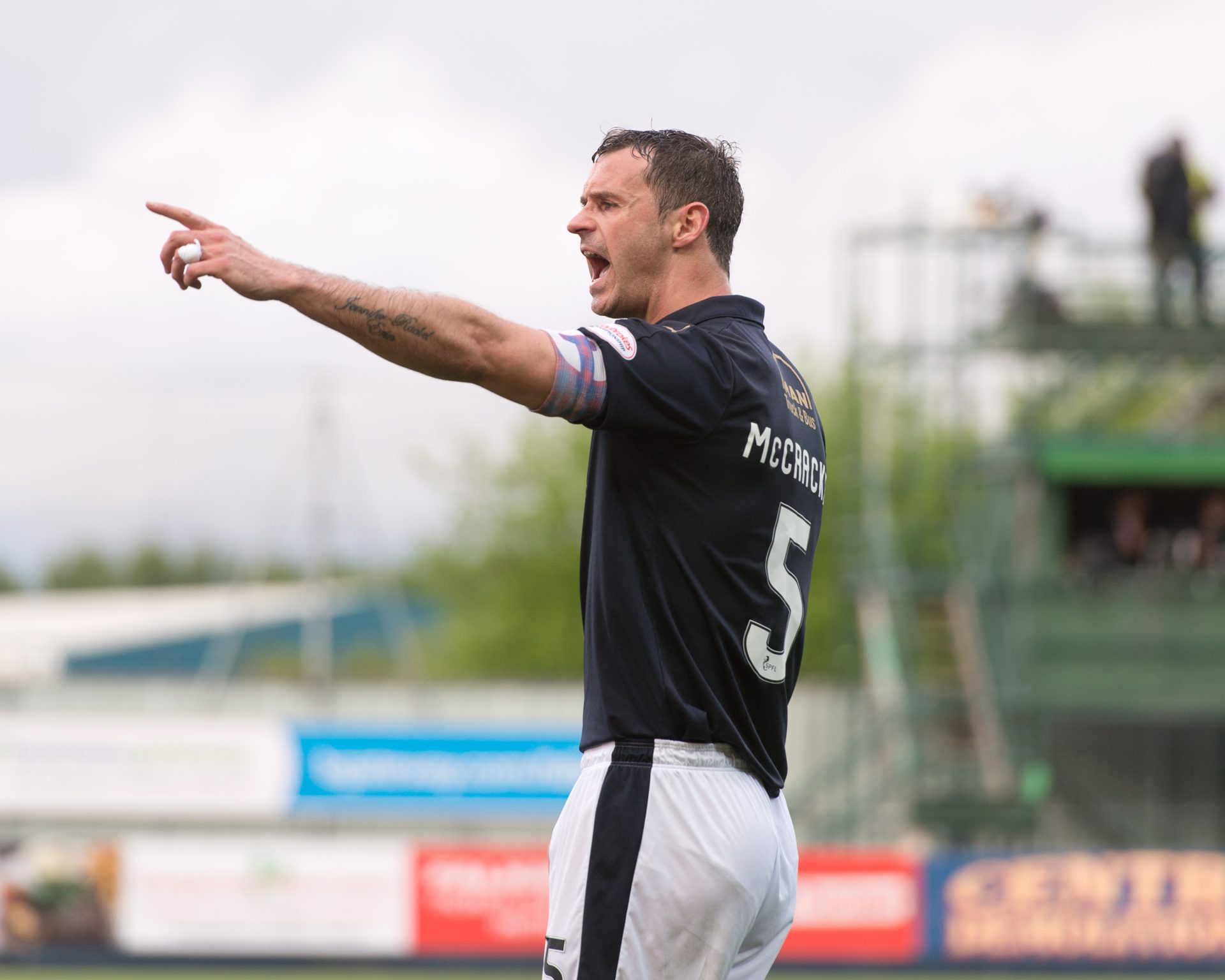 It seemed that David’s natural ability to coach began to show during the latter stages of his career. Being captain and being around a number of talented young players allowed David to pass on his knowledge and help to develop those around him:

“I realised that in the later part of your career, you find yourself just naturally coaching people, and I don’t know if it came from my personality or my position as a defender where I always liked to talk, organise, and help. I found myself doing it more and more in training or after training, I was saying to one of the defenders or midfielders or strikers, “What about this, or that”, just giving them a bit of advice. I found that others were then coming to me and asking for advice, and it wouldn’t just be football related, but advice about things going on in their personal lives too. As a captain you’ve got to be prepared to put yourself in situations like that. 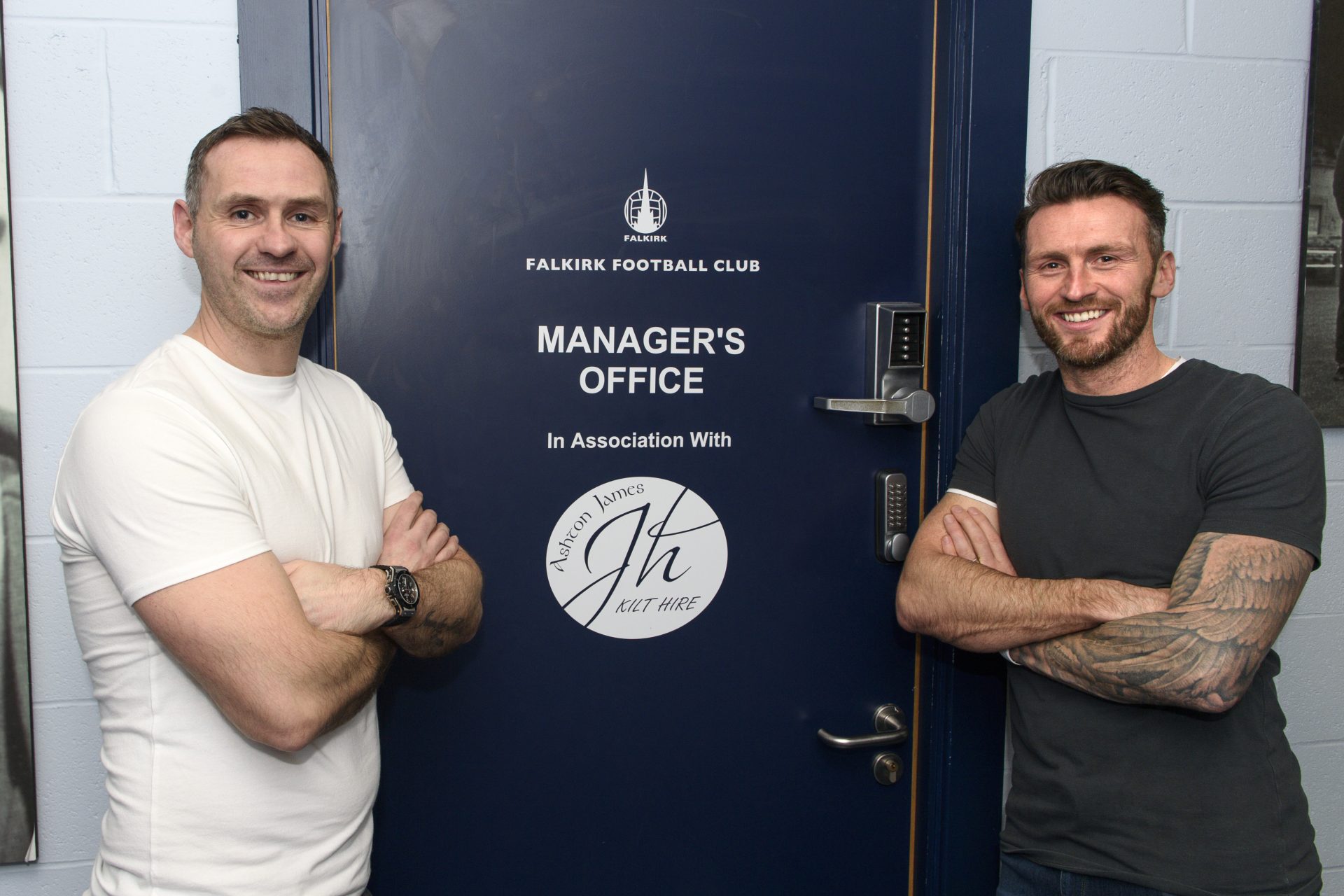 Now, David is using all his coaching ability as a manager himself, moulded by those he learned from throughout his career. Back at the club he loves, alongside former team mate Lee Miller, he is looking to bring about change for the better and he’s loving every minute of it:

“Moving into where we’re at now, being in management, I’m very fortunate to be back at the club and loving it alongside Lee. We’ve got on really well, we’ve played against each other a lot throughout our careers but played in the same team together as well. The next few years are going to be really good for the club, there’s going to be a lot of progression, there’s going to be a lot of good change and a lot of positive moves, which is exactly what the club deserves, and it’s exactly what the fans deserve.

“People might look back on my time at Falkirk and say, “Well, you never actually progressed anywhere, you never got promotion, you never won the cup.” But they were still good times, there were still good experiences, like coming up against Rangers, Hearts, the year we had a right good battle with Hibs all the way through, we had some incredible games here at the Falkirk Stadium. You look back at that and feel fortunate that you were a part of it. When others say there were great players there, a great atmosphere in the changing room and the fans and everything, they’re absolutely right and that’s exactly what Lee and I are trying to bring back and promote and make Falkirk Football Club a place the players want to be. 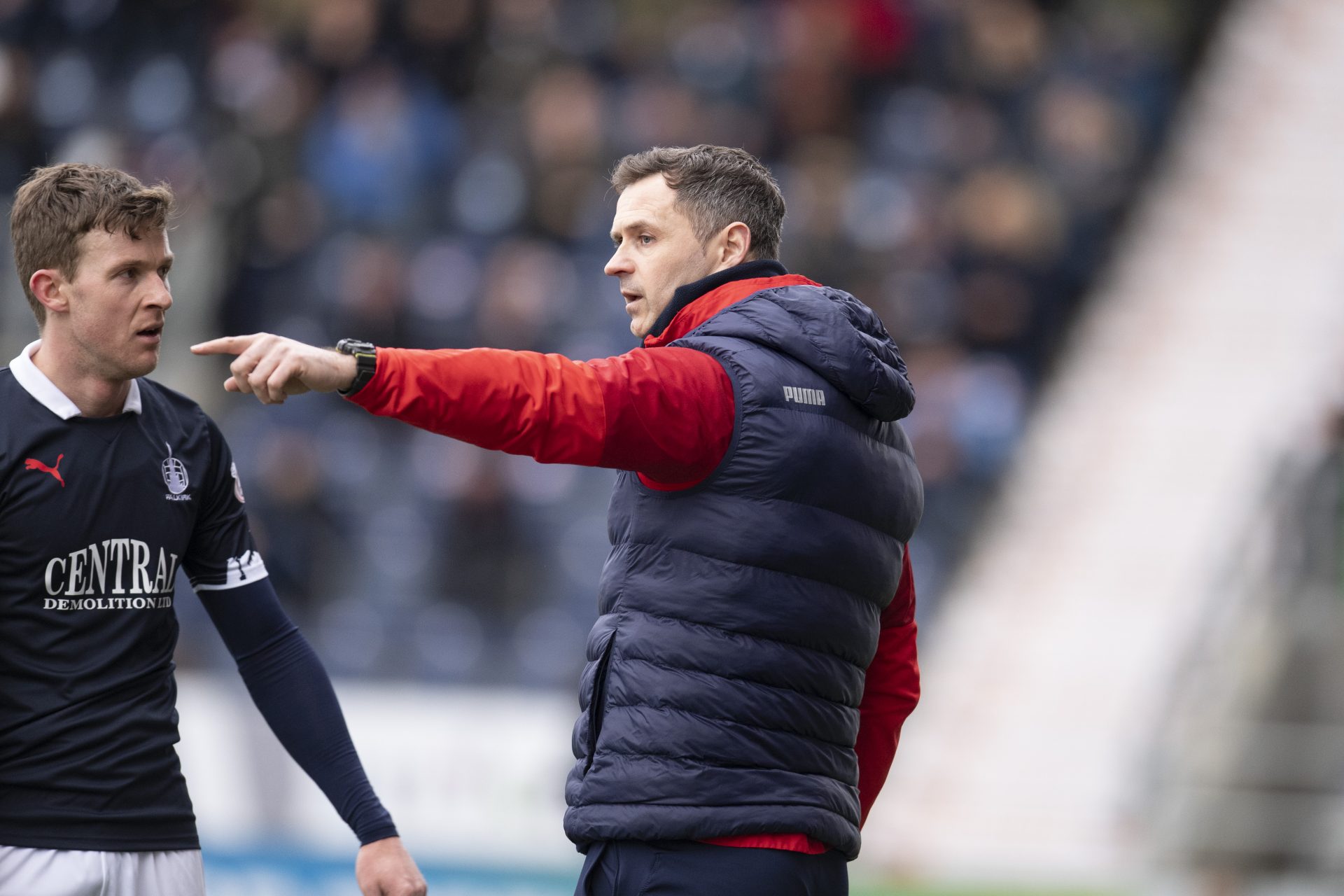