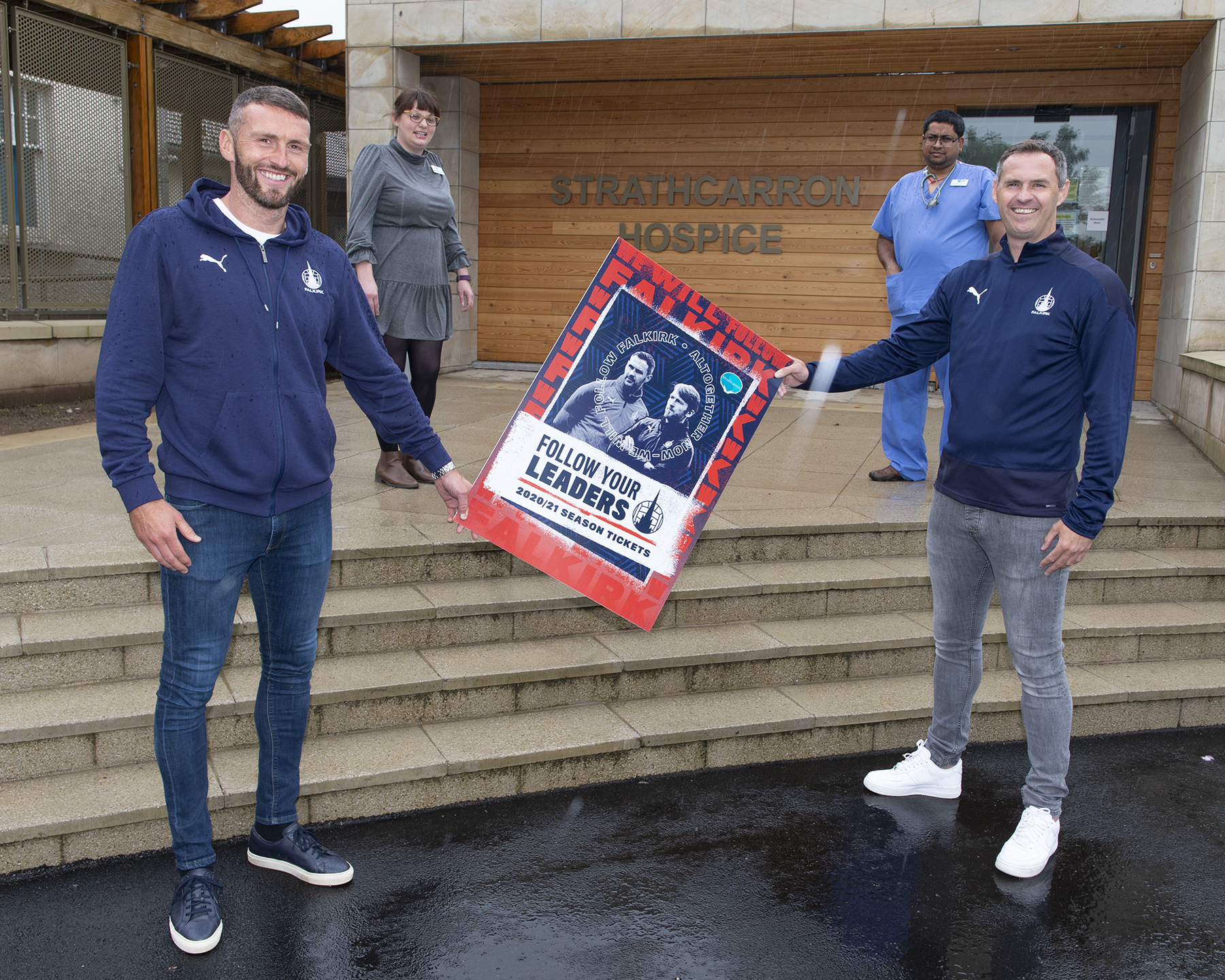 With the return of league football scheduled for Saturday 17th October, the club are now in a position to outline our plans for season tickets for the 2020/21 season. We want to thank supporters for their patience and understanding but it was important to have some clarity over the future football landscape before outlining our approach.

The coming season will consist of a curtailed league programme of 27 fixtures meaning there will only be 13 or 14 home league fixtures depending on how the fixture calendar is devised. This represents a decrease in home fixtures of around 25% compared to a standard season.

In light of this, supporters will have two options for season tickets for the 2020/21 season.

The cost of season tickets will be frozen at the same price as last season. So for example, a new or existing main stand adult season ticket holder can purchase a 2020/21 season ticket for (a) £185 or (b) £245.

We feel it is important to offer supporters this flexibility, not only in light of the difficult economic situation but also in recognition that you’ll see less Falkirk games next season due to the curtailed league programme.

Needless to say, these are challenging times for all football clubs and although football is returning in October, there has been an undoubted economic impact on the club’s finances. If there are supporters who have the willingness and are in the financial position to pay the full season ticket price then we would very much welcome this additional backing. In recognition of that additional backing the club will make a donation to Strathcarron Hospice on behalf of every supporter who opts to pay the full season ticket price.

Remember that each and every penny that comes into the club strengthens our ability to give David and Lee the necessary resource to improve and develop the playing squad, and to give us the best possible chance of returning to the Championship.

Season tickets are on sale from Monday morning at 9am online and from shop at 10am.

The table below outlines the different pricing options for supporters and replicates the ‘early bid’ prices offered last season. We do not propose increasing ticket prices at the end of an ‘early bird’ period this season so the price you see in the table below is what you’ll pay – regardless of when you buy your season ticket.

Similar to last season, fixtures in any of the cup competitions will not be included as part of season ticket packages.

Finally, the club remains unclear as to when it will be safe for supporters to return to The Falkirk Stadium. These decisions are out of our hands and the SPFL and clubs will follow the guidance laid down by the Government and other relevant authorities. This will mean that a number of games may be played behind closed doors. In that eventuality, all season tickets holders, as part of their package, will receive a full subscription to Falkirk TV to allow them to watch games when physical attendance is restricted.

It may also be the case that a phased approach for the return of supporters to the Stadium is required and that may have an impact on the numbers permitted to attend in order to observe social distancing. If this is indeed the case we will discuss the arrangements with supporters nearer the time, but in that eventuality we may be unable to guarantee that you will be able to sit in your regular seat for example. We would ask for flexibility and understanding from supporters in such a scenario.

As we’re sure you’ll appreciate these matters continue to evolve and we will keep supporters updated in due course. 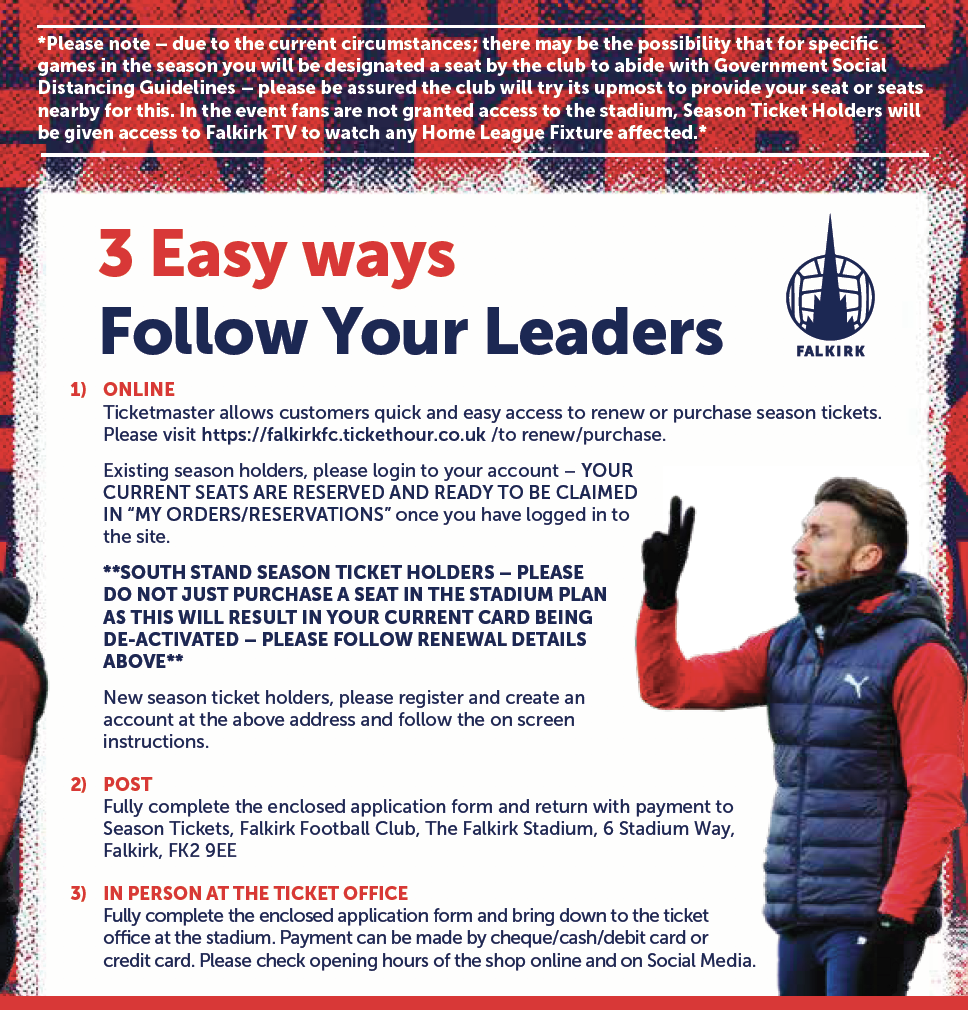 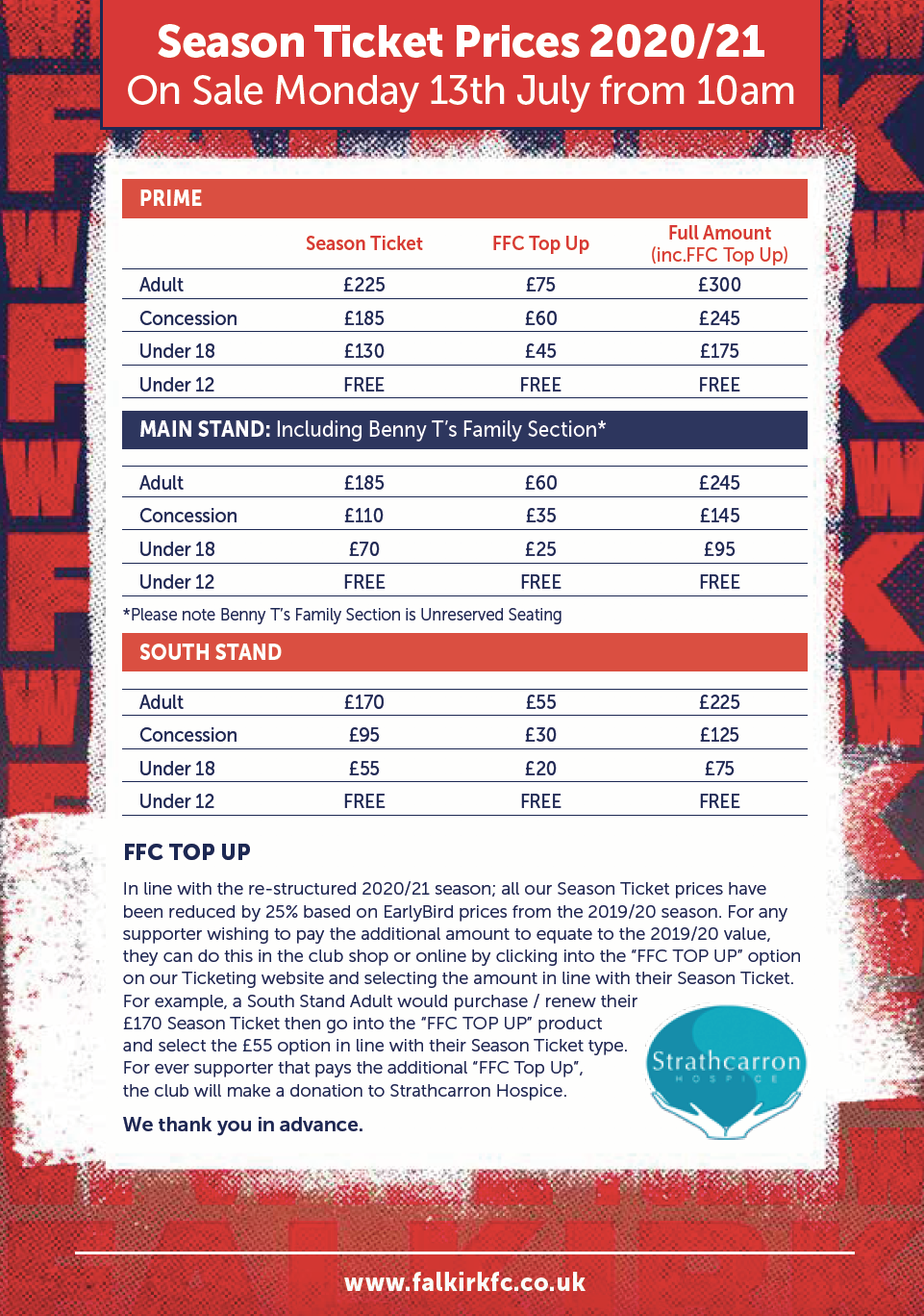 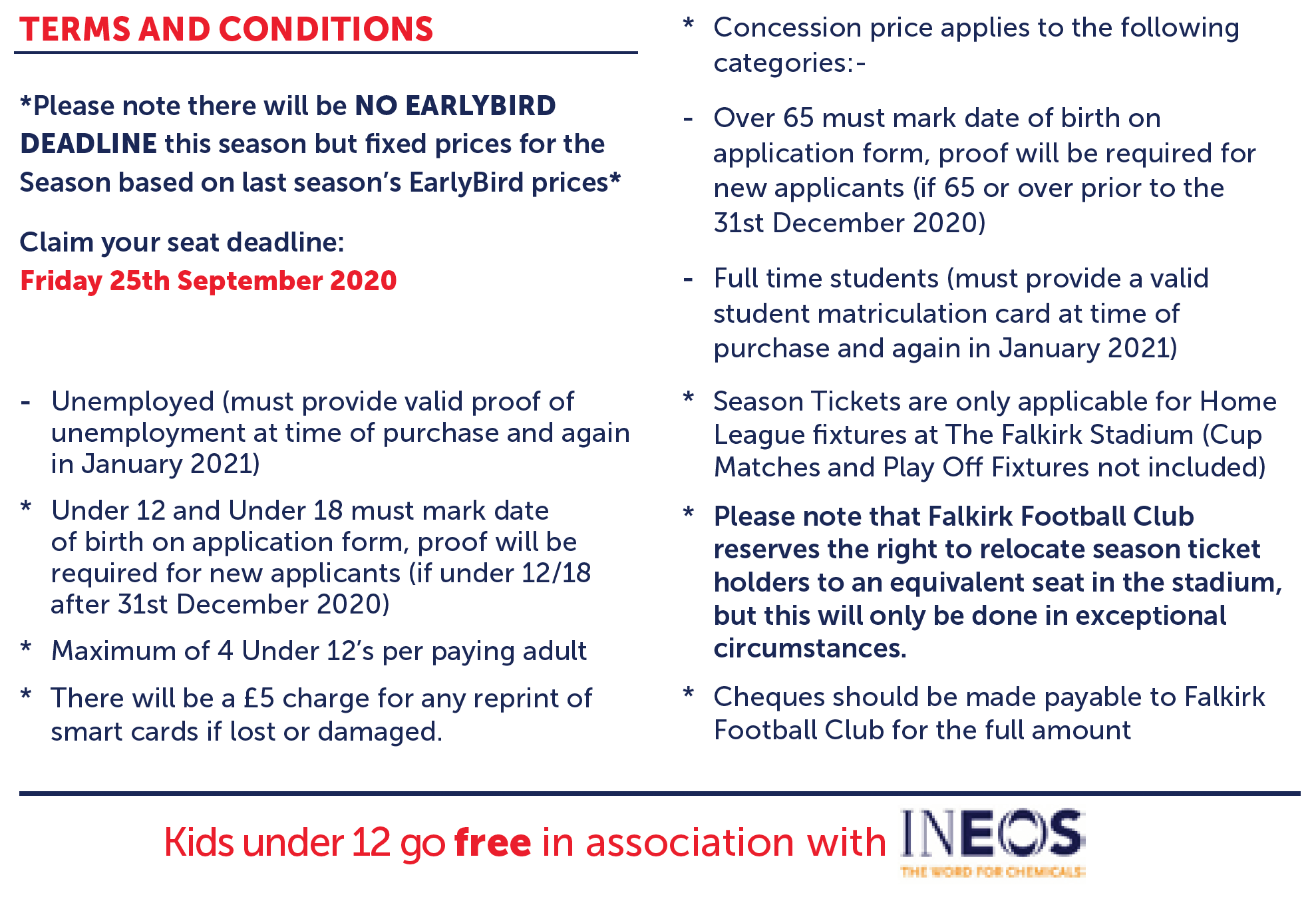