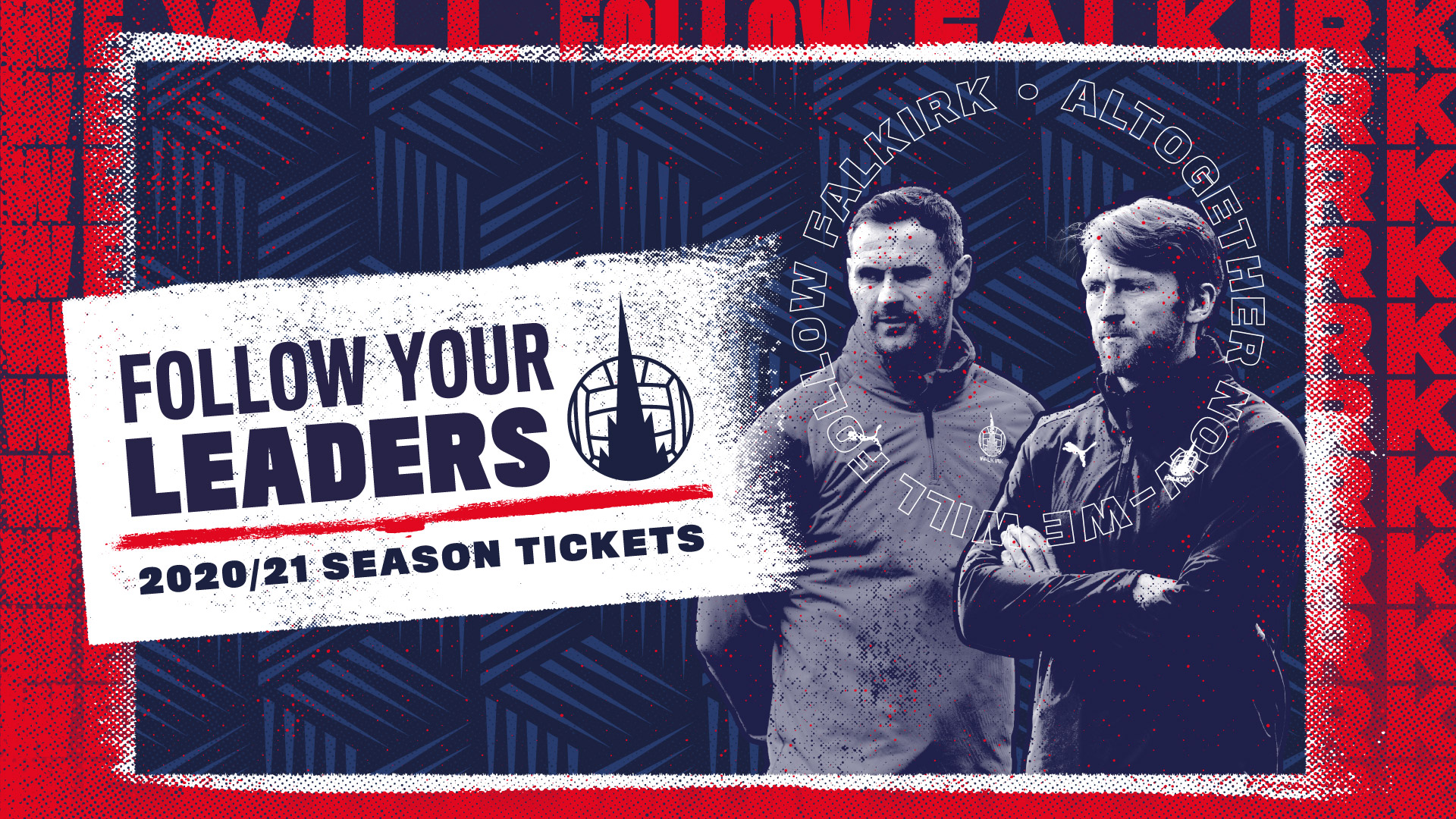 As we enter our first pre-season as your management team, we look around at a football landscape which is unrecognisable from what we have all become used to. With a shortened season beginning in October and the thought of our players running out at an empty Falkirk Stadium – these are truly strange times.

But we must persevere and once again we come to you with a simple but important request. To do what you have done year after year – back your team.

We took over last season at a time of change for the club and when morale was low. We’ve brought with us a level of enthusiasm and put our own stamp on things. We’ve seen some good performances, but also some that fell below the standard that we demand. We never expected it to be smooth sailing and with each game we learn more about ourselves as managers, but also about our players who pull on that Navy Blue jersey for you every week.

The season finished early – and yes, we can feel aggrieved about not being able to compete until the end but must also recognise that in some performances we have fallen short.

We often talk about the potential of this Football Club – and we witness it every day. But talk is cheap and we need to earn our way back into the Championship and beyond.

During the pandemic our players have been following a rigorous fitness regime and we hope to be back training together soon. The squad has changed, and will continue to do so. For those players who have departed we thank them for their efforts, but we now continue our work to bring new players to the club with the ability and desire to get us back into the Championship.

But our ability to strengthen the squad rests in your hands. With a shortened season and a number of games likely to be played behind closed doors – now, more than ever, we need your support with the purchase of season tickets, sponsorship packages, shirt sales and the many other ways you can support our club. Each and every penny that comes into the club increases our budget and allows us to attract the type of talent that we need to secure promotion. And for those willing and able to pay the full season ticket price, using the FFC TOP UP option, the club will pass on a donation to our charity partners, Strathcarron Hospice. You’ll not only be supporting your club but also an important local charity.

The club is changing – both on and off the park – but we all need to move forward together. So if you can, please back us and we’ll work tirelessly to bring you a team that you can be proud of and can celebrate alongside next May.