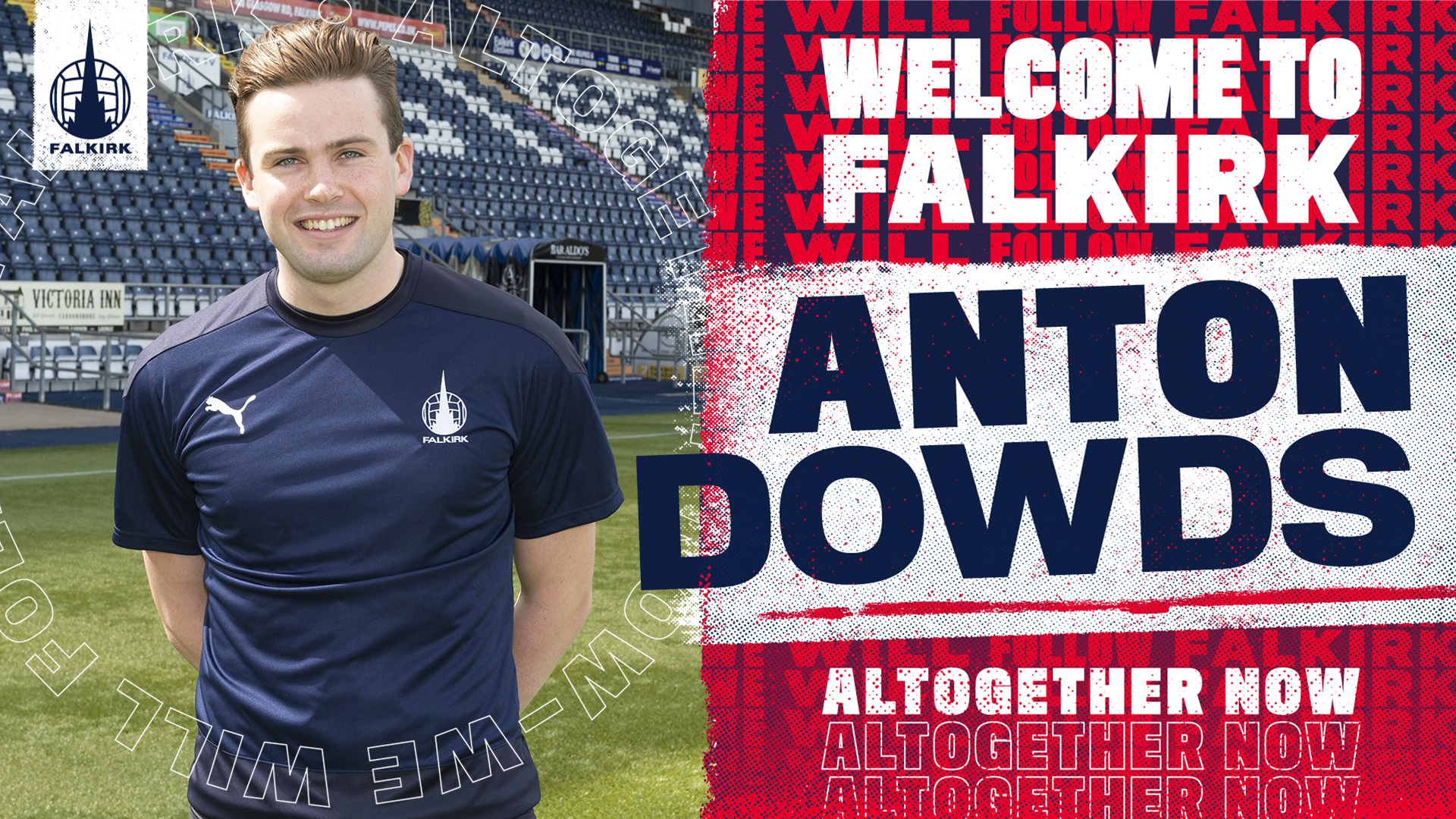 Falkirk FC is delighted to announce the signing of Anton Dowds from East Fife FC.

The 23-year-old becomes the second new recruit for Falkirk managers David McCracken and Lee Miller, following the recent capture of full-back Blair Sneddon. With various departures in the attacking department, the management were keen to bolster options in that area and the striker will be an important part of the first team squad for the upcoming campaign.

The front-man started his career with East of Scotland university side Herriot Watt, while undertaking his academic studies. During his time in Edinburgh he impressed with his work ethic and desire to improve, which culminated in him finding the back of the net 50 times in his final season.

That form earned him a move to East Fife, who rewarded him with a part-time contract, following a pre-season trial with the team. He found the net against The Bairns shortly after, in the 2018 Betfred Cup and also impressed against Falkirk last season, catching the eye of Lee Miller and David McCracken.

Having established himself as the first-choice striker at New Bayview, the men from Methil were keen to retain his services. However, the lure of full-time football was too great and it is that opportunity which has prompted his move to Falkirk, who beat off competition from Championship clubs to secure Dowds’ signature.

Speaking to Falkirk TV, Dowds discussed his thoughts on his new managers and hopes for the season ahead: “It’s probably the perfect combination for me as a striker. You get to learn from Lee as a fellow striker, but you can learn from David as a centre half too and learn what he doesn’t like to play against.

Anton spoke to Falkirk TV after putting pen to paper on his new contract at The Falkirk Stadium: