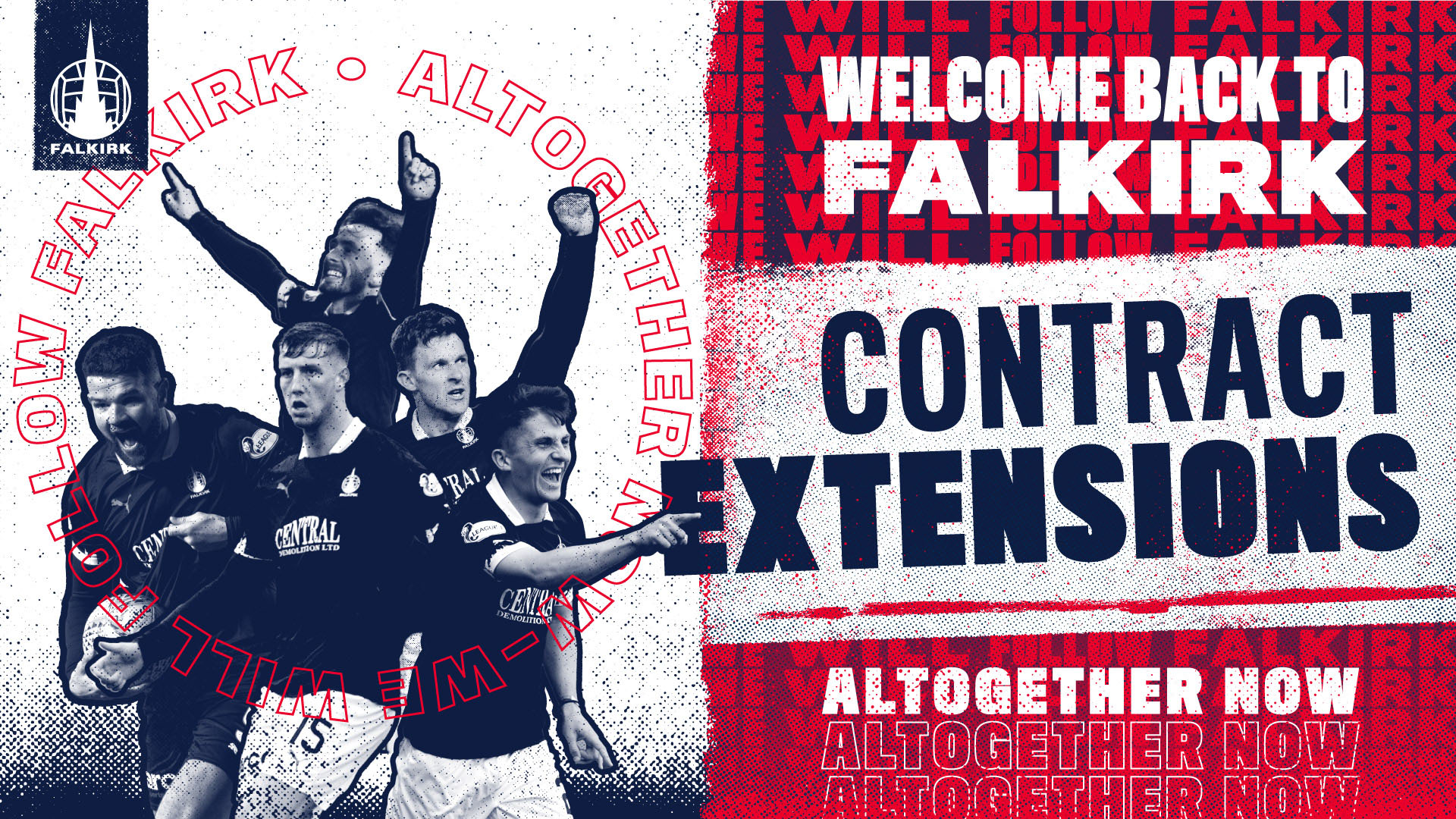 Falkirk FC are pleased to announce that five players have signed contract extensions with the club.

Paul joined Falkirk in December 2018 as an experienced defender with a successful career spent both north and south of the border, including three caps for Scotland. Has made a total of 53 appearances for the club.

Aidan, Mark and Charlie became Falkirk players at the start of last season’s campaign, and all three found themselves a big part of Lee and David’s plans after their appointment at the beginning of the year.

Ben Hall became one of the Falkirk managers’ first signings when he joined The Bairns in January, and the Northern Irishman established himself in the Falkirk first team as the season came to a close.

Speaking of the players, David McCracken commented: “We’re delighted to have the boys signed up for next season. All five are good players and it helps us getting them tied up as they are very much part of our plans.”

Lee Miller added: “We have been speaking with the players since we returned, and we are really pleased to have the deals wrapped up. It gives us a solid base and we will keep working hard through the next couple of months to bring in new additions to the squad.”