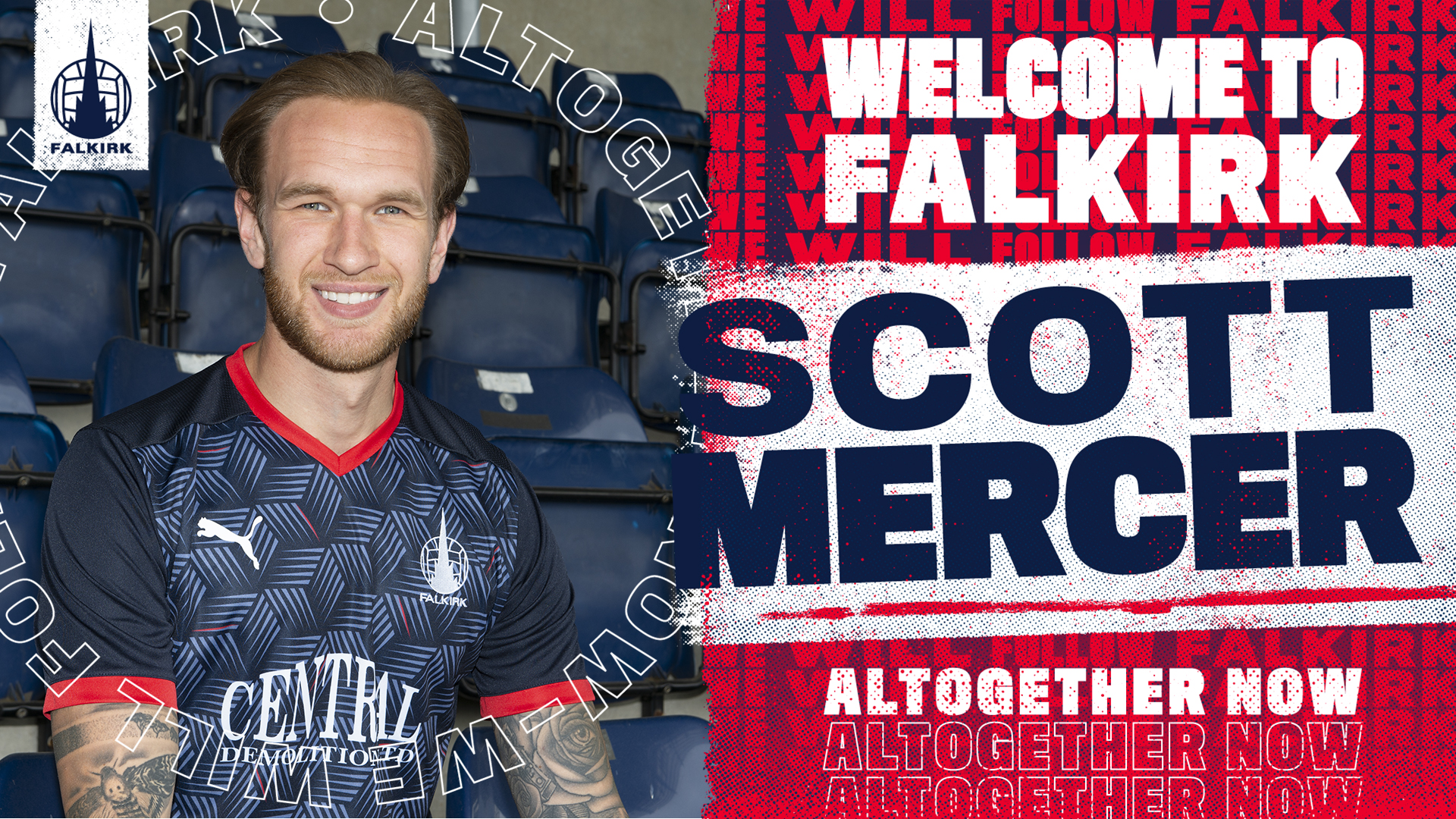 Falkirk FC is delighted to announce the signing of right back, Scott Mercer from Queen of the South, subject to Scottish FA clearance.

The 25-year old becomes Lee Miller and David McCracken’s third new signing of the summer and put pen to paper on a one year deal at The Falkirk Stadium this morning. He will wear the number two shirt this season.

Scott started his career as a youth at Dunfermline Athletic before joining East Fife FC in July 2015. The right back played a total of 67 games for the Methil side before being transferred to Queen of the South in January 2017 for an undisclosed fee.  Scott featured 112 times for the Doonhamers over a number of seasons in the second tier.

Speaking of our latest recruit, Lee Miller, said: “Scott has great experience in the Championship and will be a really good addition to the squad. He is strong defensively, but is equally impressive going forward and will provide a real threat on our right side.”

David McCracken, added: “The right back position was a priority for us so to get Scott signed up as early as we have is a real bonus. He has featured consistently for Queen of the South and comes to us with a significant amount of first team matches under his belt at a good age.”

Scott Mercer, said: “As soon as I knew of the interest it’s a move I wanted to make. I know the size of the club and when I got here and saw the facilities I was certain. It’s been a long summer and I can’t wait to get started in pre-season training.”

Watch Scott’s interview in full below.

Scott has signed up for Season 2020/21, have you? Season Tickets are now on sale from The Club Shop and online at falkirkfc.tickethour.co.uk