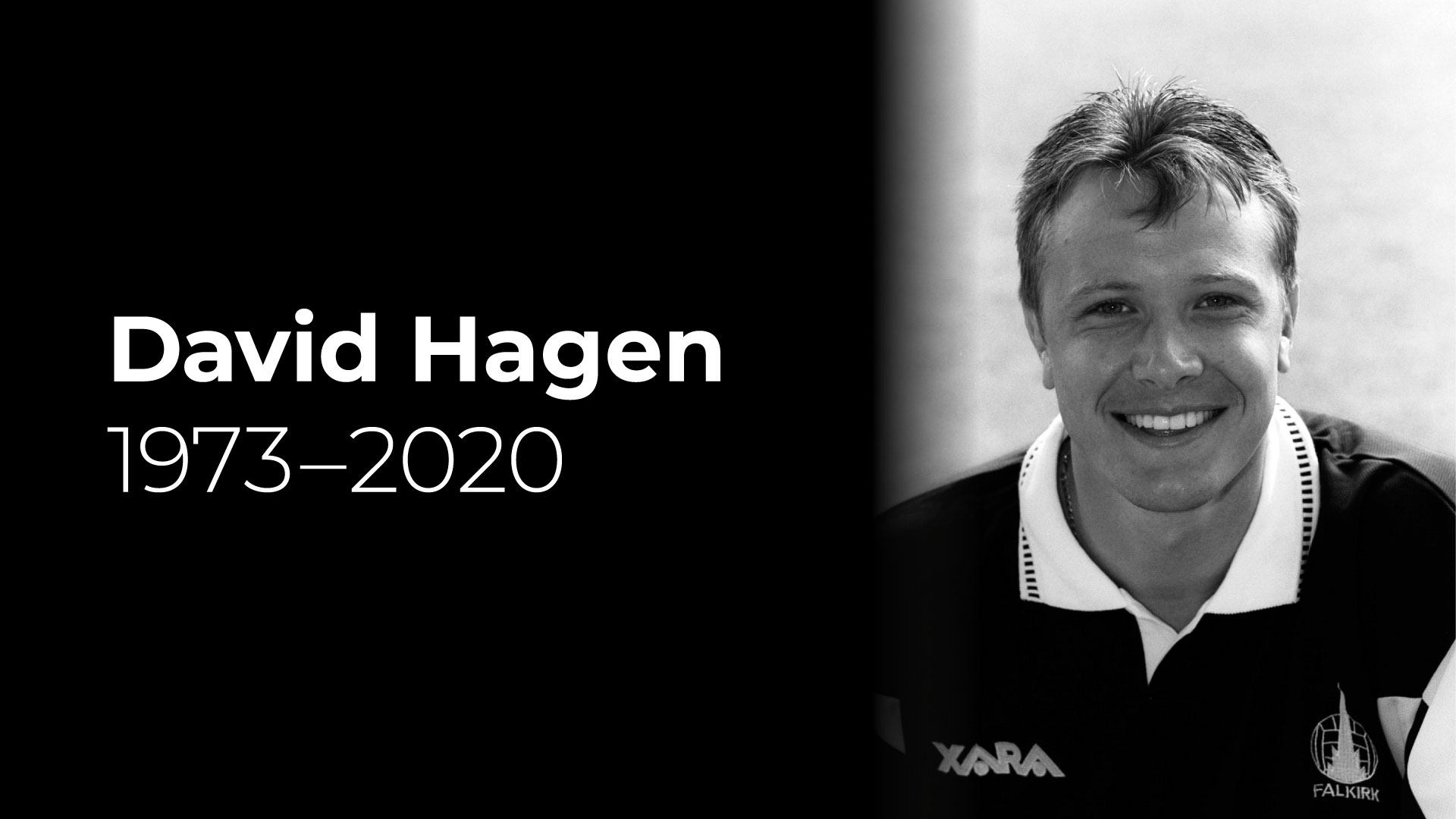 All at Falkirk FC were devastated to learn of the passing of David Hagen last night.

David fought a courageous fight against MND since his diagnosis in July 2018 and will forever be remembered by everyone associated with the club.

A Falkirk legend, David featured 172 times for the club and was an integral part of the club’s run to the 1997 Scottish Cup Final, scoring the winner in Round 4 against Dunfermline Athletic, the second in a 2-0 Quarter Final victory over Raith Rovers and of course setting up Paul McGrillen for that famous semi-final goal against Celtic.

The season after David scored the only goal of the game at Fir Park as the Bairns beat Queen of the South to lift the Challenge Cup (pictured below).

David will be remembered fondly by many Scottish football supporters having enjoyed an 18-year playing career that included spells with Rangers, Hearts, Peterhead, Clyde and Livingston. His final season saw him return to the local area with Bo’ness United before eventually hanging up his boots in 2007.

The thoughts of everyone at Falkirk FC are with David’s family and friends at this difficult time.

Speaking of David, former Falkirk manager, Alex Totten, said: “David had everything as a player, but more importantly he was a brilliant person. Right back to the days in the dressing room at Brockville, David was a hugely popular character, liked by everyone he came across.

“On the park he was a tremendous player for the club, we had some exceptional moments and David was part of them all. You don’t have the career he did, playing for Rangers, Hearts and Falkirk, if you’re not a talented footballer.

“His contribution to our run to the ’97 Cup Final I know will forever be remembered by the Falkirk fans, as will his goal in the Challenge Cup at Fir Park.

“I kept in touch with David and continued to visit him right through his battle with motor neuron disease, he was so brave in his fight and he is an inspiration to us all. A lot of the team from back in 1997 have been in touch and that shows the standing in which they held David.

“At times like this it’s easy to say that someone was a good lad, but David truly was. He will be sadly missed by us all, but I am glad he is at peace now.”