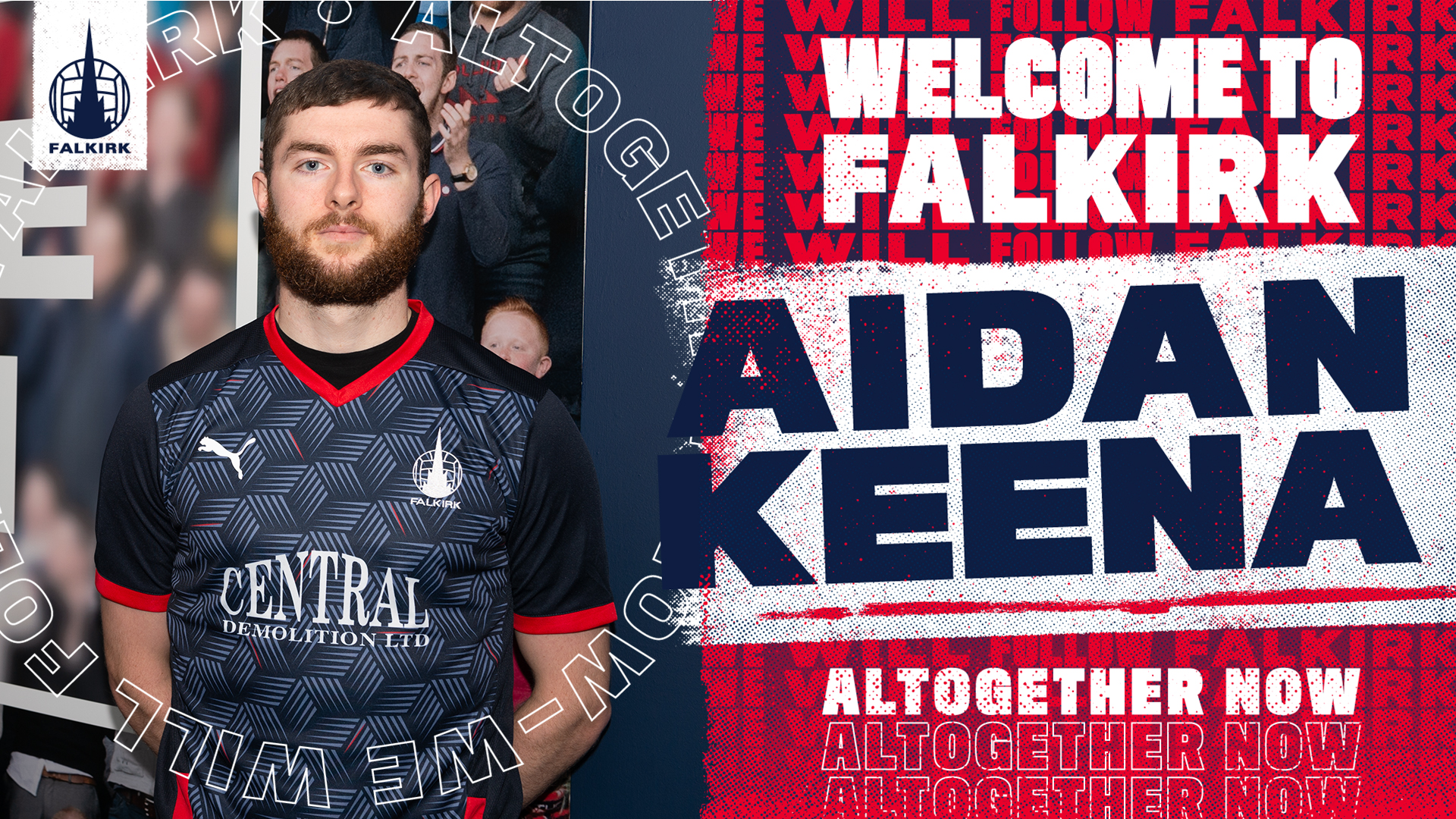 Falkirk FC is delighted to announce the signing of Aidan Keena from Hartlepool United FC, subject to international clearance.

Aidan signs a two-year deal at The Falkirk Stadium after both clubs agreed undisclosed transfer terms.

The 21-year old Irishman has spent the last six months at the Pools where he featured 8 times pre-lockdown, scoring twice.

Prior to his spell down south, Aidan was with Heart of Midlothian for two and a half years. During his time at Tynecastle he made 16 first team appearances, whilst enjoying loans with Queen’s Park and Dunfermline Athletic. The striker notched 8 goals in 14 league appearances for the Spiders with four goals in 12 games for the Pars.

Aidan will join his new teammates for the start of pre-season training in August and will wear the number 9 shirt.

Speaking of our latest signing, Lee Miller, said: “We are really, really pleased to secure the signature of Aidan. We have tracked him since we came into the club and we were actually interested in bringing him in during the January window. That didn’t materialise, but when the opportunity came up this time round we were determined not to miss out.

“Aidan’s a great type with natural ability and at the age of 21 we feel we can continue to improve him too.”

David McCracken, added: “After losing a couple of players in forward areas at the end of the season we felt it was vital that we added at least a similar number in those positions. In Anton Dowds and now Aidan we feel we have a very potent attacking threat and two players who will work really well together as a partnership.

“It has taken a lot of time and work, but we are delighted that Aidan is officially a Falkirk player. We will continue to be active in the transfer market and continue to strengthen the squad where we can in the weeks ahead.”