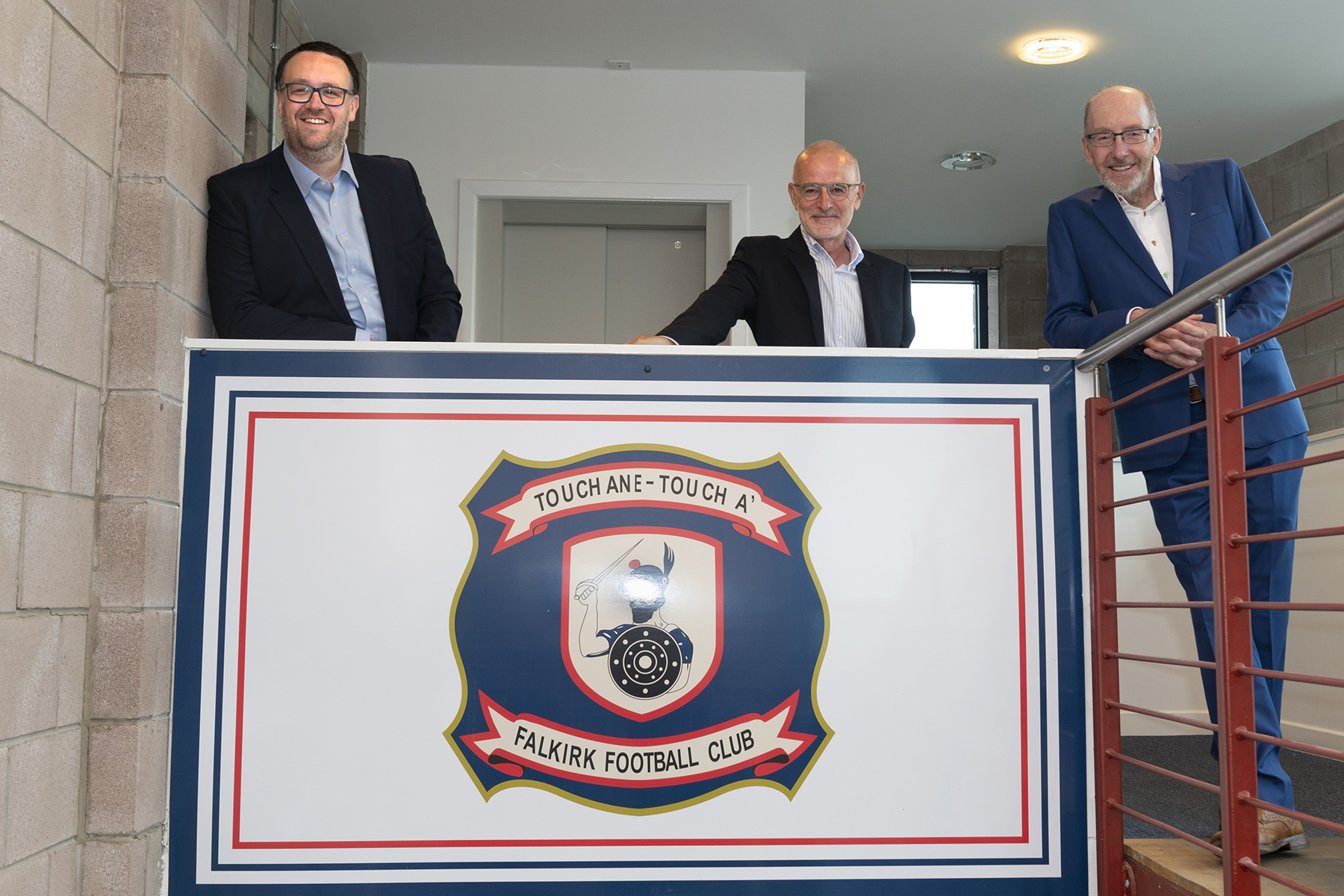 Falkirk Football Club is delighted to announce the appointment of three new non-executive Directors who will join the club’s board.

Gordon Colborn, Colin McFarlane and Gordon Wright will join the board effective immediately, with their respective appointments subject to ratification at a General Meeting of shareholders, which is being planned for late August/early September.

The new recruits will join Chairman Gary Deans, Peter Duncan, Kieran Koszary and Lex Miller on the club’s board.

“I’m delighted to be able to welcome Gordon, Colin and Gordon to the board.  Since my appointment as Chairman at the end of 2019, it was abundantly clear that we needed to not only increase the headcount of the board, but also to inject new, fresh ideas, enthusiasm and skills if we are to realise our ambition of regaining our place at the top table of Scottish football.

“I’ve worked closely with all three over the past few months on a number of projects such as improving club communications and transparency, attracting new investment, encouraging greater supporter involvement, but also updating the governance and legal structures of the club.  Their work and counsel during this time has been invaluable and I believe they will greatly enhance decision making at the club.

“Whilst we’re not yet in a position to update supporters on a number of projects that we’ve been working on behind the scenes, we expect to present more information at the upcoming Annual General Meeting which is being planned for late August/early September.  At the AGM we will also announce some fundamental changes to how the club is governed and how supporters can play their part in future decision making. We hope this will be a significant step to rebuilding confidence, transparency and trust in how the club is run.”

Gordon is an experienced business advisor who has worked with some of the world’s leading companies over the last 30 years. He was born and brought up in Falkirk and has been a Falkirk season ticket holder for over 30 years.

He has been Chief Executive of two Scottish consulting firms, and a Partner in PricewaterhouseCoopers, leading their consulting business in Scotland.

However, Gordon’s major ‘claim to fame’ is that he signed for Falkirk FC when he was a schoolboy (and still can’t understand why he didn’t make it as a professional football player!).

Colin is a Director and Head of Public Affairs at the Edinburgh-based Pagoda PR, who are one of Scotland’s largest independent communications and public relations agencies.  He spends his days advising clients ranging from national retailers, member associations and charities how to engage with the media, government and their stakeholders.  Prior to agency life, Colin spent a decade working across a range of roles within the Scottish Parliament and House of Commons.

Falkirk born and bred, Colin has been a Falkirk season ticket holder for over 30 years and is the son of Gordon McFarlane, one of the founding members of the original Back The Bairns campaign in 1998.  He also hosts the ‘Walking Down Hope Street’ Falkirk podcast.

Gordon was born in Falkirk, grew up in Laurieston and Polmont and has been involved in the financial sector since joining Scottish Amicable (now Prudential) in Stirling straight from Graeme High School.

In 1998 Gordon joined the US firm Franklin Templeton, one of the world’s largest asset managers and in 2000 moved to Singapore as regional head of operations. Gordon’s roles have taken him across the globe to places such as India, China, Japan, South Korea and the US.

In 2011 Gordon returned to Edinburgh and is now involved in a consultancy role on technology and operations. Gordon is active in industry bodies and is a non-executive Director of the trade body Scottish Investment Operations.