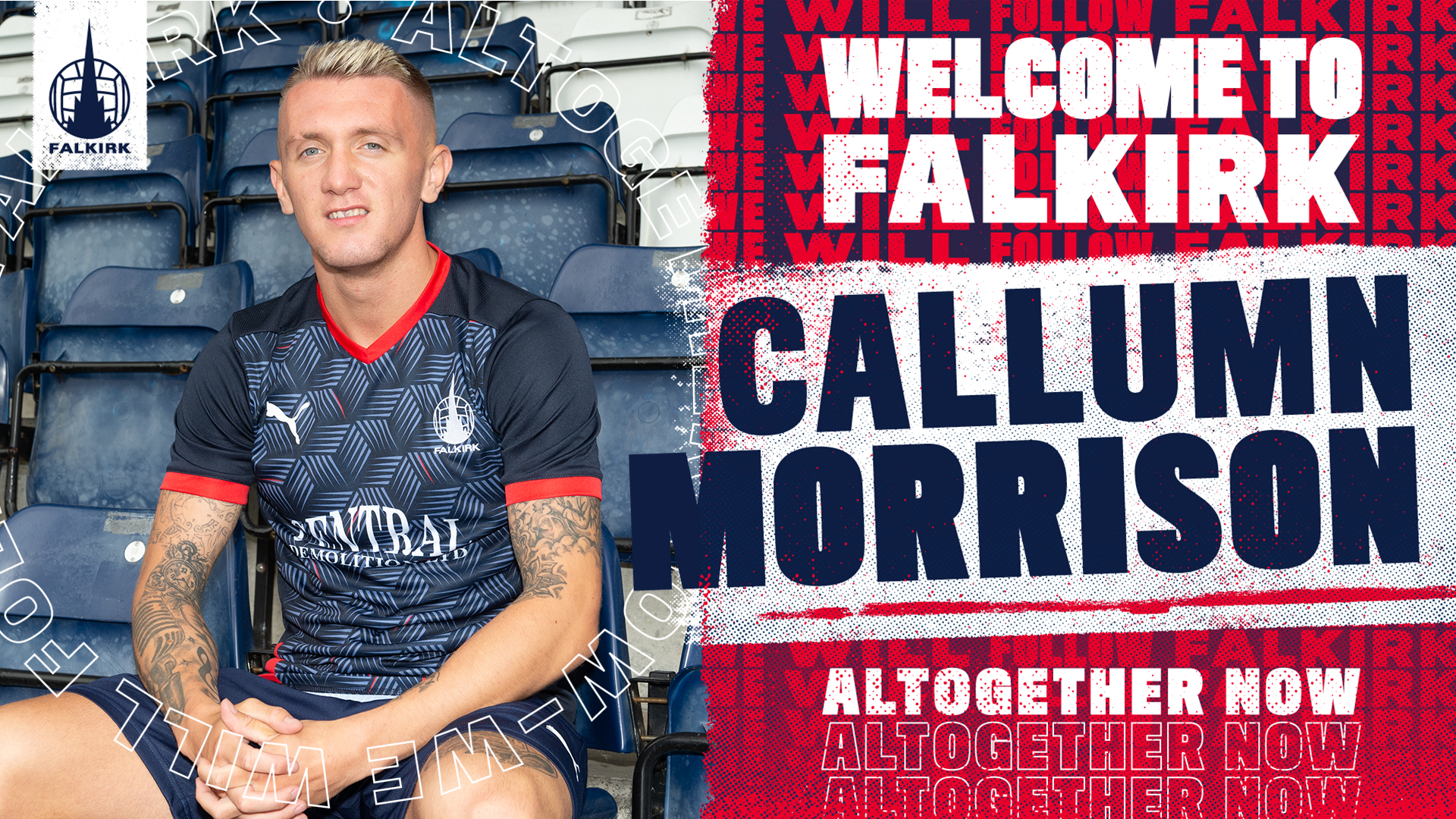 Falkirk FC is delighted to announce the signing of Callumn Morrison from Heart of Midlothian.

The 21-year old winger has put pen to paper on a one year deal, with the option of a second.

Callumn has played a total of 42 times for the Jambos first team since making his debut against Partick Thistle in August 2015. He has also enjoyed two loan spells at Stirling Albion, a six month stint at Brechin and a brief spell on loan at East Fife in January of this year as he recovered from a knee injury.

Callumn has also been called up to both the Scotland Under 17 and Under 21 squads. He will wear number 38 this season.

Speaking of our latest signing, David McCracken, said: “First and foremost we are really pleased to welcome Callumn to the club. We have been speaking to him for a couple of weeks now and are delighted to get everything signed off this morning.

“He will bring an abundance of pace and energy, he likes to take people and get balls into the box and I am sure he will make a positive impact very quickly.”

Lee Miller, added: “Callumn is so direct and that’s something we really wanted to add to the group. He is still young and developing, but for someone at that age to have turned out for Hearts over 40 times shows that he has plenty of natural ability. He is the sort of player we believe will excite the fans with his performances this season.”