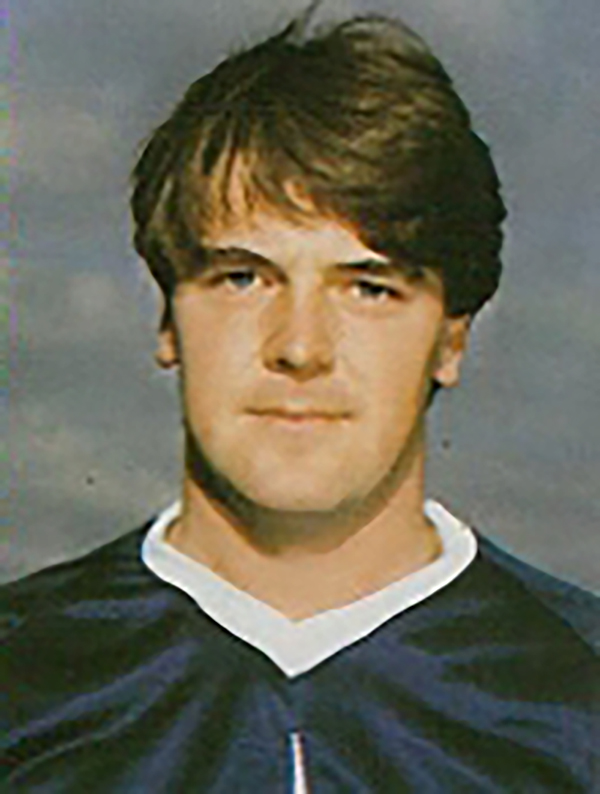 For this week’s interview we spoke to member of the Falkirk FC Hall of Fame, Brian ‘Bomber’ Brown.

Bomber, who played nearly 300 games for The Bairns from 1977 to 1884, grew up in Falkirk and was born into a Falkirk supporting family.

“My younger sister did the books for Falkirk after I left and she couldn’t believe what I got paid, she said it was peanuts! It was because I wanted to play for the team, it was nothing to do with money. I was born in Falkirk and all I wanted to do was play for Falkirk.

“It was always my dream. I remember going to Brockville, my dad took me there, and watching the likes of Alex Ferguson, John Markie, George Miller, George Gibson and Tiger Mclaughlin. It was brilliant.”

He started supporting the club early and football was soon an important part of his life.

“I first went to Brockville when I was five years old! I don’t remember that, but I do remember my first away game was against Dundee United at Tannadice. I went with a guy that was a couple of years older than me and we got one of the buses up. The week leading up to it we got made to do some sewing on a bit of cloth at school. I put ‘Falkirk Bairns’ in white on navy blue and took up to Tannadice as my wee banner at ten years old, I’ve still got it in the house!”

Time at Gairdoch earned Bomber a spell at a very good Dumbarton side, but soon after it was time for him to join his hometown team.

“I played at Gairdoch when I was 16 and the guy that was involved there was actually a scout for West Ham and Manchester City at the time, then he got the job for Dumbarton who were in the old First Division at the time.

“We had a really good setup at Dumbarton, but I was travelling 40 miles there and 40 miles back. It was great but it eventually took its toll and I ended up losing a bit of interest in football before Falkirk came in and asked if I would be up for signing for the club.”

Bomber joined The Bairns at an extremely difficult time, with the club at its lowest ever point in the Scottish leagues. Despite this the atmosphere at the club was good and things began to improve for the defender after an initially tricky time at full back.

“I really struggled for the first five or six months because the manager at the time was playing me at full back and it just didn’t suit me. When he put me at centre-half I started to thrive and got better from there. It might have been okay if I started at centre back and moved out to full back, but the way it was I did struggle I have to say.

“I think going into that season Falkirk had cleared out a lot of players. There was a lot of new players there and the whole time I was at the club the environment and the camaraderie between the players and staff at the club was outstanding. Falkirk definitely have a reputation for that.

“It was like all my dreams came true. My father never missed a game and my sister Jennifer came to every game as well, whether it was in Aberdeen or Stranraer, or wherever it was. It was a big thing for my family.”

As a Falkirk fan playing at Brockville was of course a massive deal for Bomber, especially after he was made captain.

“The highlight for me was always playing at Brockville. With the lights on against Rangers or Celtic or Hearts, there was nothing like it. A lot of my school mates supported Hearts so beating them was massive for me. I remember one game I put in a fair tackle that would probably be a sending off nowadays and slid into the gravel at the side. One of my closest friends, a guy called David Leishman, supported Hearts and he was there yelling and screaming and abusing me any way he could! I saw him maybe four hours later in the Station Hotel and he bought me a drink! Playing against these teams was always a highlight. It was a great way to test your abilities and see if you could rise to the occasion.

“Going on to become captain was an extremely proud moment. When you play for Falkirk the fans play such a big part of it, we’ve always had a very good fan base, but god they can be hard! Living in Falkirk I constantly had mates telling me what I should or shouldn’t have done.

“I think it was the last game of the season in my second year and we were playing Dunfermline. If we won, we got promoted, if we drew or they won they went up. We were leading 1-0 and the keeper came out to clear the ball but one of their players hit it towards the top corner. I dived across and touched it over the bar, they got a penalty, and we obviously didn’t get promoted. When I caught up with my mates there was no sympathy, they just said to me ‘you do realise that was going over?’”

The local boy was inducted into the Falkirk FC Hall of Fame, another massive moment for such a committed player.

“Getting inducted into the hall of fame was a real highlight. I got a bit emotional when I went up on stage because I’m the boy from Falkirk who managed to captain his team, and then I got that as well. I got to stand and talk to players that I watched and admired when I was a supporter, it was really special.”

Bomber left Falkirk, and Scotland, for Australia at age 27 in a what was supposed to be a short-term move, that has lasted to this day!

“Rangers were out there playing in Melbourne and my mate said to Alex Totten, who was the assistant at the time, about me coming out and he said, ‘he’ll never do it’! I initially went for six weeks but ended up never coming back!

“My plan was always to come back to Scotland, to stay in the game and get involved in coaching, but it just never happened. The club I joined in Melbourne we won the equivalent of the A-League and I was captain so that was very good as well.”

Despite living on the other side of the world Bomber will always be a Bairn and gets to games whenever he’s visiting family.

“It’s the first result I look for every week and always will be. I’ve been fortunate enough that up until this year I’ve been back home in Scotland every year. My mum still lives in the same house in Larbert so I come home and see her and I always come to games when I’m back, away games as well. I’m still a big supporter of the club.”