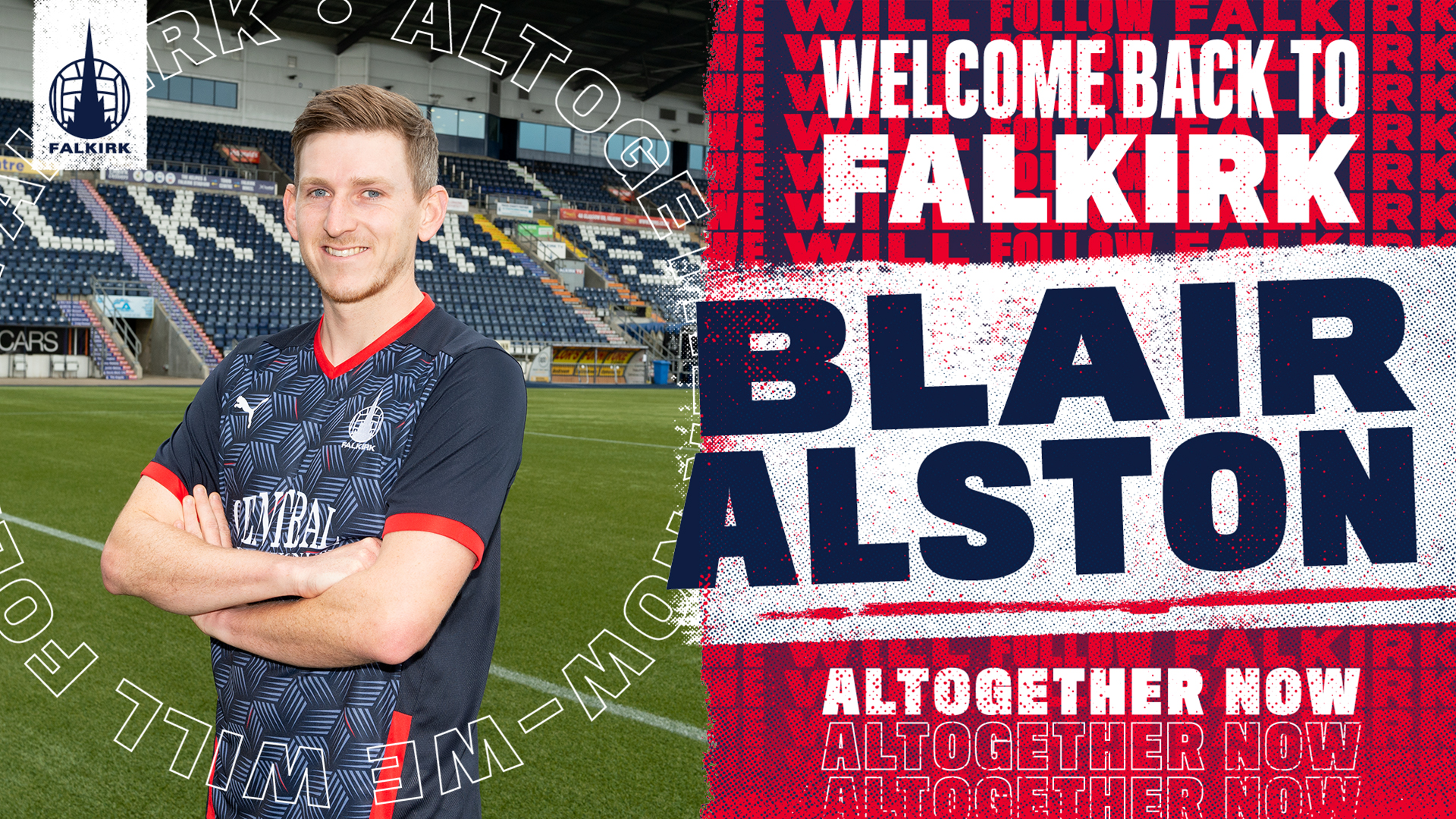 Falkirk FC is delighted to announce the return of Blair Alston.

The 28-year old has put pen to paper on a two-year deal and will wear squad number 8 this season.

Blair has spent the last four seasons in the Scottish Premiership with St Johnstone and Hamilton Accies, appearing 122 times, following his departure from The Falkirk Stadium in June 2016.

A firm favourite in the eyes of Falkirk supporters, Blair currently holds over 200 appearances for the club and has been at the centre of some of our most memorable moments over the past decade. Many of his 37 goals in Navy Blue to date have been particularly special having hit strikes in important matches such as our Scottish Cup Quarter Final against Hamilton in 2013 and our Play-Off Final against Hibernian in 2016.

Lee Miller, said: “Bringing Blair back to the club is something we’ve been working on for a long time. He is a special player that can single handedly win matches with his creative play and ability.

“As Falkirk fans will know we already had a long-standing relationship with Blair, but we knew we’d be in direct competition with teams in higher divisions for his signature. It has taken time, but to have secured Blair’s signature today is credit to everyone involved with the club and a statement of intent by both ourselves and the Board.”

David McCracken: “Both on and off the park Blair epitomizes everything we want a Falkirk player to be. There is no doubting his ability, he’s played regularly in the Premiership over the last four seasons and we believe he will be a major part in achieving our ambition of winning the league this year.

“I am sure the Falkirk fans will be as delighted as we are to welcome Blair back to the club.”

Join Blair is signing up for Season 2020/21 by purchasing your Season Ticket. On sale 10:00 – 14:00 from The Club Shop and online at falkirkfc.tickethour.co.uk. Sponsorship opportunities are also available for Blair – call Kieran on 01324 624121 opt 2 or email kierank@falkirkfc.co.uk.