We spoke to Alan Irvine on his career and time with the club as he reflected back on his over one hundred appearances for The Bairns.

He began by discussing his time as a youth player with Hibernian which ended in disagreement after he insisted on finishing his apprenticeship. After a short time in the Juniors Alan found himself signed by Alex Totten at Falkirk alongside a young Kevin McAllister. 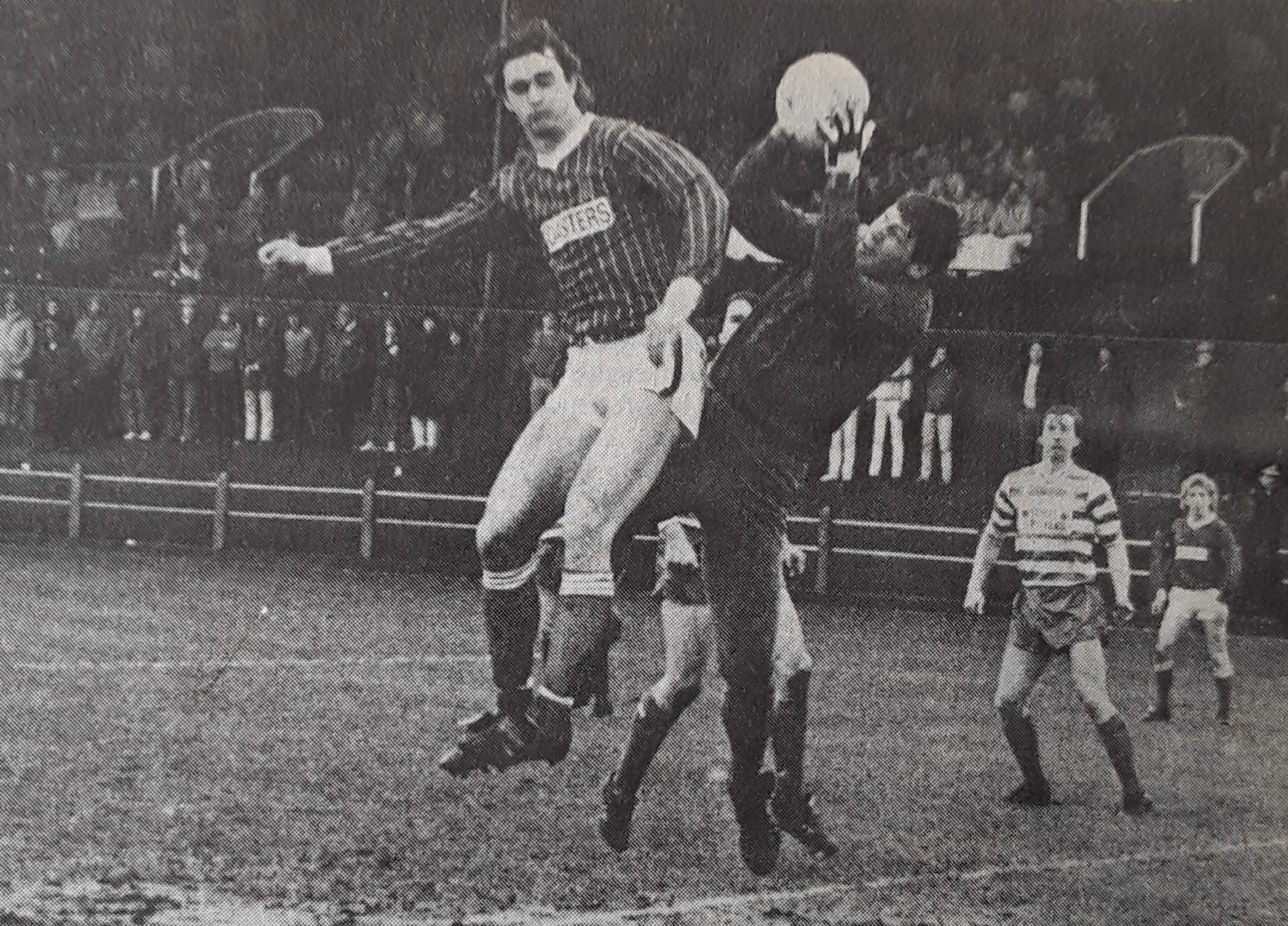 “I played with a local boy’s club then I signed the ‘S Form’ with Hibs under Eddie Turnbull, and then a professional contract. They wanted me to go full time, but I had an apprenticeship at that point as a mechanic and I wanted to get my time in because you never know what’s going to happen in football.”

“Brian Rice and I were the two young guys at Hibs, and we got taken away with the first team to America. When we came back from there and I wouldn’t finish up my apprenticeship I fell out of favour with Mr Auld.”

“I left Hibs and went back Junior with Whitburn. I was with them for a season and that’s where Alex Totten came in for me. It was the same year wee Crunchie came in from Camelon, so the two of us came from the Juniors right into Falkirk which is when it really started for me.”

After signing from the Juniors Alan quickly made his mark on the first team, scoring on his debut!

“Alex played me pretty much from the start in pre-season training. Myself and Kevin went straight into the side and I scored on my debut against Alloa down at Recreation Park. We won 1-0 and it was special to score on your debut especially against a local side. I remember that day very clearly and it always sticks in my mind.”

Alex Totten signed Alan for The Bairns and the legendary figure at the club had a massive effect on the young striker.

“It was Alex that made me want to go to Falkirk. A few different clubs had made me offers but there was only one place I wanted to be. He had been down at Liverpool and all the rest of it but it was his enthusiasm when I went there. He had so much passion for the game and it just grabbed me to be honest. Some of the bits and pieces he used to say and do, it made you think ‘that’s why I want to be here’.”

“I always remember a time, just before the season started, he got us all up the back of the old stand at Brockville. It was a right sunny day, he had his back to the pitch, and he said: ‘look behind me boys, does that not make you want to play football?’. It looked cracking that day with the sun out and the pitch all freshly cut and lined. That was Alex’s big thing for me, he just made you want to play.”

Falkirk were promoted in 1985/86 after finishing second in the First Division. Alan played a large part in that team and looked back on a very proud season.

“At that point the club was all part time. Around about 1985/86 there was half a dozen of us that decided we would go full time to try and get the club into the Premier League. To be fair, it worked!

“We ended up second that year but that was enough to get us up. It was a massive achievement for the club and that group of guys definitely deserved it, it was a really good squad of boys. It was a great feeling to do it for Falkirk and it was a really big time in my career.”

“That was the start for Falkirk because it put us in that situation where we were in the Premier League. It was great, it’s what we all strived for. We wanted to play the likes of Celtic, Rangers, Hibs and Hearts every week, so when we got there it was a great feeling. I was proud to be part of it and I look back at it with fond memories.”

Alan left the Bairns six months into the club’s time in the Premier League. The forward made the move to Liverpool and joined up with Kenny Dalgleish’s side in a massive move for the player.

“After we got into the Premier League, I played for about six months and then I got the opportunity to go down to Liverpool. Nobody would really give that chance up, and even though they had a great squad at the time you always think you can get in there.”

“They must have seen something in me to take me down there. I went down for a week’s trial and they signed me, then I was in the first team squad for basically the full season playing a lot of friendlies and half a dozen or so games coming on as a sub.”

“I wouldn’t say I was out of my depth there, I always fitted in, but it was hard because of the pressure. They’d won the league and were a really good side. I was on the bench at Wembley and Dalglish said he was going to go on in my place, because I’d be there again!” 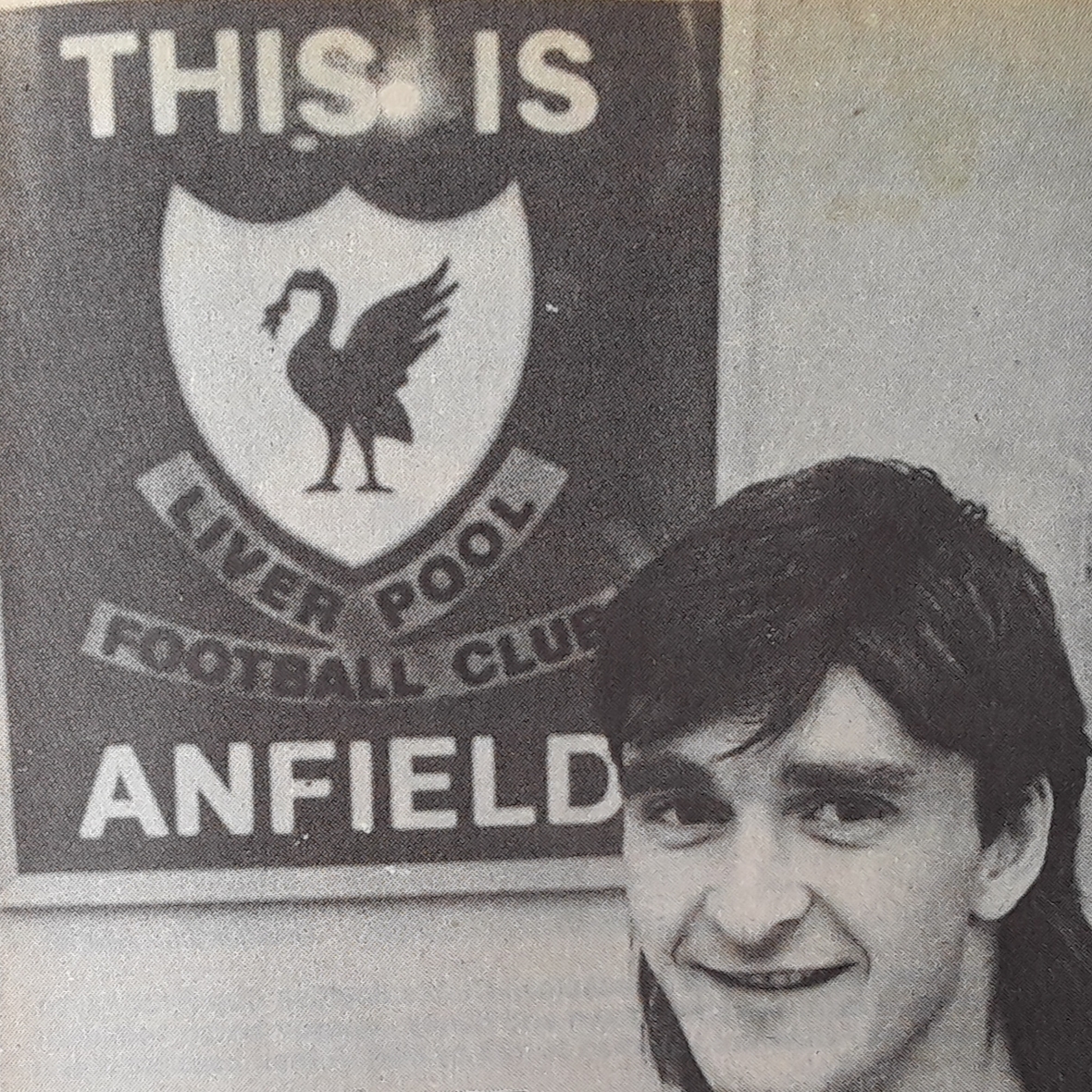 “It was a good experience but to be honest with you I missed Falkirk from the day I left. Falkirk always felt like my first proper club and it was hard to leave, even though it was to go down to Liverpool.”

Alan’s first spell in England came to an end as he moved back North of the border to sign with a top Dundee United team, but his time with The Arabs was an unhappy one in the end.

“Kenny Dalgleish told me that Jim McLean at Dundee United had tried to sign me six or seven times and told me I could talk to him if I wanted to, but I didn’t need to go. At the time they’d signed three or four really good players and I didn’t see myself getting a chance, and I just wanted to play.”

“I went to Dundee United and absolutely hated it. I had a high point in my career with the three years at Falkirk and the year at Liverpool, but all of a sudden it went to the bottom of the bottom for me.”

“My confidence went, my passion for the game even went a wee bit, it was the worst move I made. I had to leave, and I went down to Shrewsbury. I didn’t even know what division they were in at the time, but I was going even if they were in the Conference League!”

Even long after leaving Falkirk playing for the fans at Brockville remains an extremely potent memory for Alan and the club holds a special place as where he first made it in football.

“Through all these years I’ve always watched Falkirk results hoping to see them win. I thankfully didn’t have to play against Falkirk more than once in my career! The fans were great at Falkirk. They made it, the atmosphere at Brockville was great.”

“I loved playing there, don’t get me wrong it had its problems when things got very wet, but it didn’t matter if it was a big game or a lesser team we were playing the fans always made that great atmosphere at the games. It would seem to be packed every week even when it wasn’t!”

“I loved just training at Brockville every day. I played a legends game a few years ago and saw the old gate from Brockville still there and it just brought the memories flooding back.”