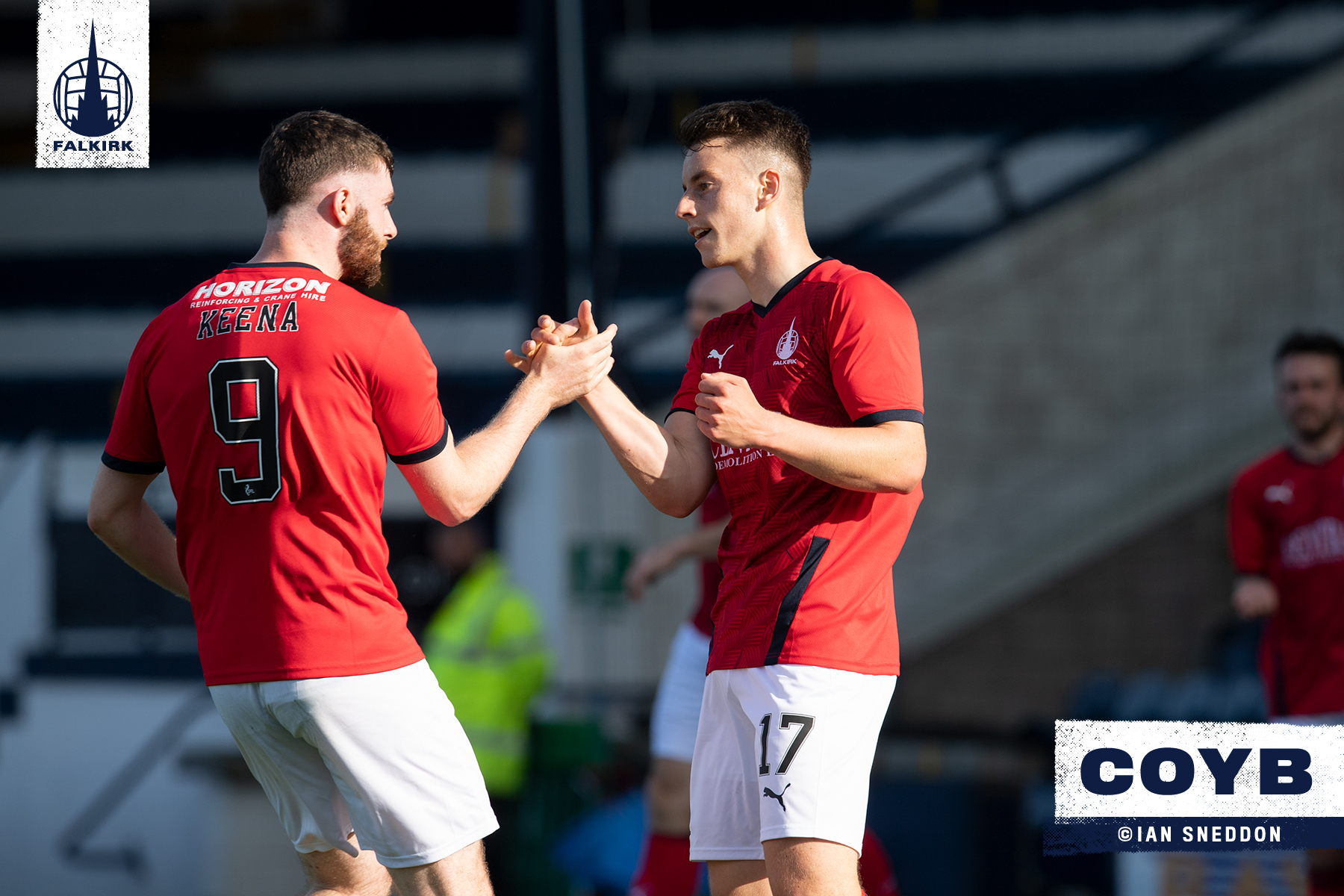 Falkirk put six past Raith Rovers in a terrific performance as The Bairns continue their pre-season.

The first Falkirk chance came early as Callumn Morrison rounded the keeper, but good tracking back on the line from the Raith defence kept it out. The home team followed this up with a few good chances of their own, hitting the post in the best of these, before Quinn Coulson tapped home a rebound to fire his side ahead after ten minutes.

The lead was short lived as Falkirk soon took the lead. The first came as Trialist A did terrifically well to hold up the ball and play it down the line to Callumn Morrison, who whipped a terrific ball across that was smashed home by Anton Dowds at the back post. After 28 minutes a corner was handled by Dylan Tate and the resulting penalty was placed into the bottom corner by Callumn Morrison. Morrison almost got another before the break as he cut inside but his shot was over the bar and The Bairns went into the break a goal up.

Soon after half time Regan Hendry went down in the box under a challenge from Morgaro Gomis and, despite it looking soft, the referee pointed to the spot. Hendry tucked his penalty away, but things wouldn’t be level for long as Falkirk scored a third only minutes later. It was once again Morrison that whipped a ball across and once again Dowds was there to meet it!

The Bairns made changes throughout the game and after Aidan Connolly came on for Trialist B he had a goal within five minutes. The Bairns really piled on the pressure after scoring the fourth and Aidan Keena got his first for the club to make it five. A corner came across and the Irishman got on the ball to nod home.

Falkirk crowned off a magnificent performance just before the end of the game with a terrific final goal. Robbie Leitch started and finished a passing move that saw The Bairns cut straight through the Rovers defence and get a sixth goal.