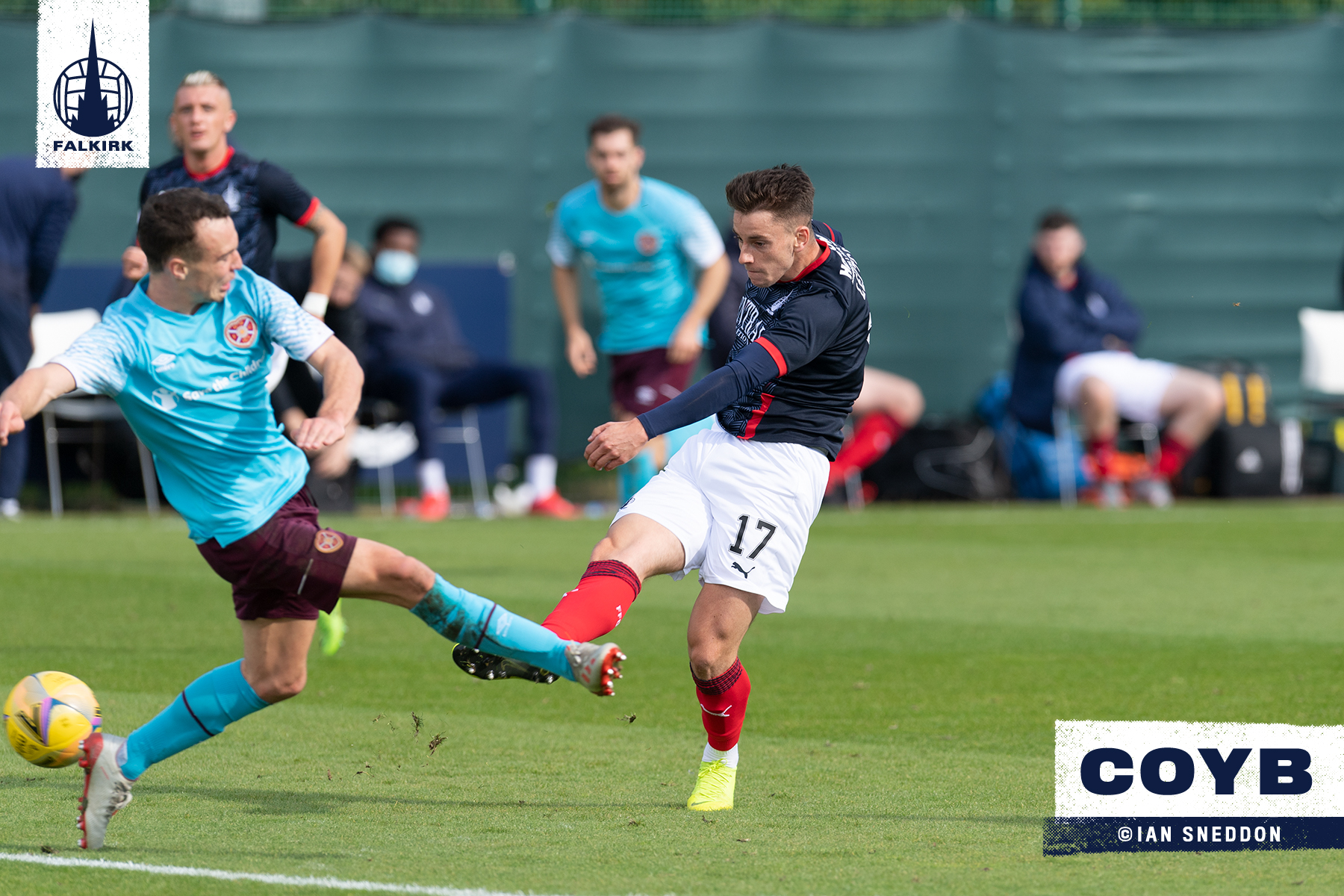 The Bairns were beaten by three goals in a bounce game against Hearts at The Oriam.

Liam Boyce scored just before half time and goals from Jamie Walker and Craig Wighton saw the hosts confirm their win, despite Falkirk hitting the post twice in the second half.

Falkirk made two changes from Saturday’s victory over Raith Rovers, with Aidan Keena and Aidan Conolly coming in for Anton Dowds and Trialist B.

Hearts looked the more dangerous of the sides for the first fifteen minutes. Robbie Mutch was forced into a terrific save after only three minutes as he ripped Jordan Roberts effort over the bar from close range. The Bairns nearly opened the scoring with a quarter of an hour played after a defensive mix-up from Hearts resulted in the ball being squared across to Trialist A, but he was well defended by Craig Halkett.

Jordan Roberts missed a good chance, hitting an effort wide from a cross, Aidan Keena was played through but well covered by Halkett and Aidan Connolly dragged one wide from range as both sides looked for the opening goal. With only a minute to go in the half Hearts made the breakthrough. Liam Boyce slid into the six-yard box and fired past Robbie Mutch, who was unlucky he couldn’t quite keep it out.

The Bairns came out stronger in the second half as Aidan Connolly was inches away from converting Callumn Morrison’s cross and the former Hearts man had the ball in the back of the net minutes later, but it was flagged for offside.

Robbie Leitch replaced Morgaro Gomis in one of a slew of substitutions for both sides and he nearly made an instant impact, picking the ball up midway into the Hearts half before driving forward and curling an effort that was pushed onto the post by the Hearts keeper.

Leitch again hit the post shortly after, winning the ball and firing one off the upright, but it was Hearts that doubled their lead, and soon trebled it. Walker hit a shot quickly past Mutch to make it two and Wighton scored a penalty after a foul in the box following a corner to seal the Edinburgh side’s victory.