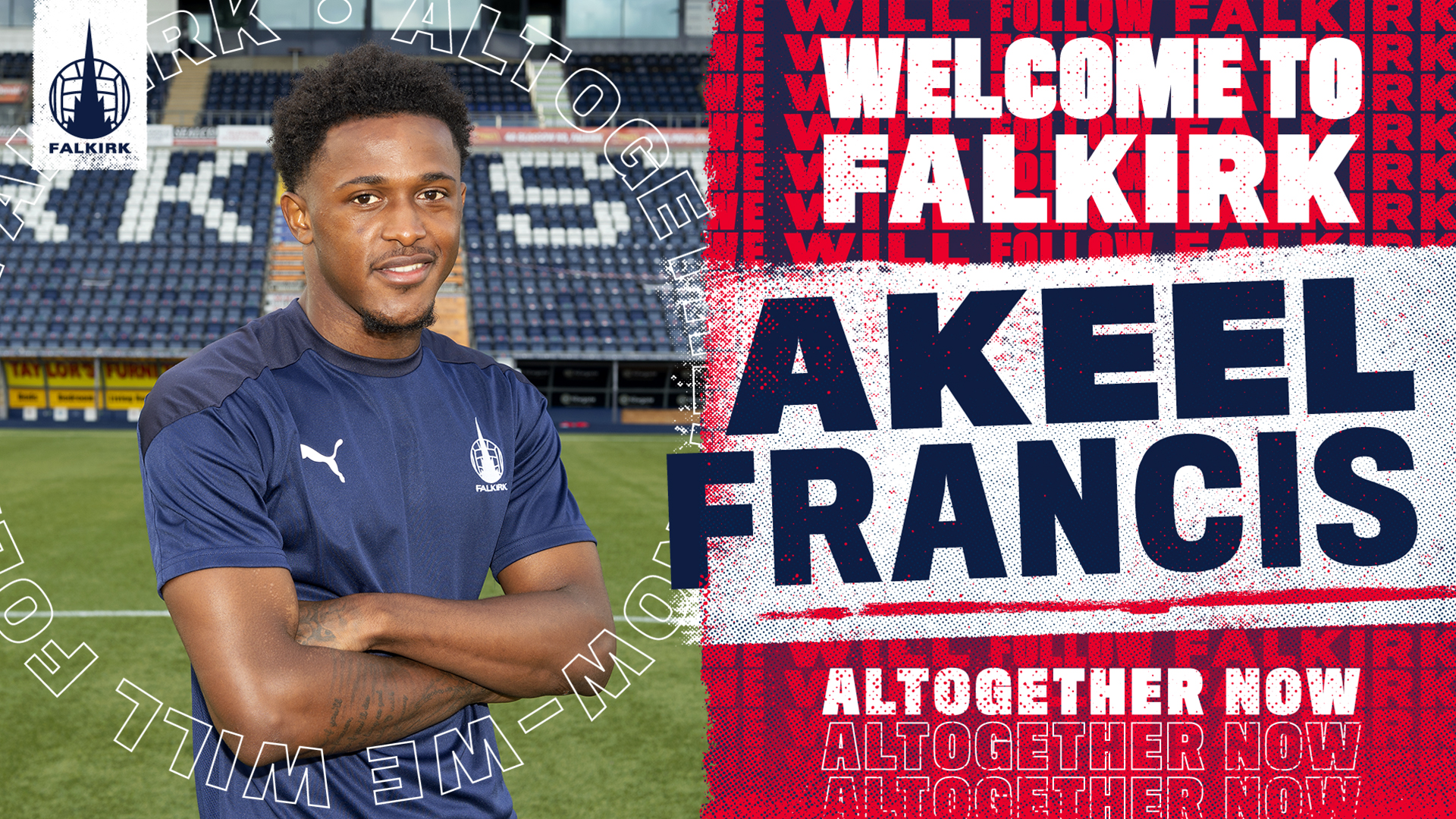 Falkirk FC are delighted to announce the signing of Akeel Francis on a one-year deal, subject to international clearance.

A striker, Akeel began his career at Rotherham as a youth player. He had a loan at North Ferriby before leaving Yorkshire for Lancashire and Accrington Stanley. Since leaving The Crown Ground Akeel has enjoyed spells in non-league football.

The 21-year old has spent the last few weeks on trial at the club and impressed Lee Miller and David McCracken during his time at Falkirk. He goes into The Bairns squad for our upcoming friendly matches and Betfred Cup group games.

Lee Miller said of the new signing: “Akeel is a great young player with tremendous potential to grow. He’s been training with us for the last few weeks and has played at least a part in all three friendly games so far. He makes a strong addition to the squad and gives us another option going forward into the new season.”

David McCracken added: “He’s really impressed the both of us in training and on the park. He played really well against Raith Rovers and caused their defenders a lot of problems – I’m sure he will go on to be a success at the club.”