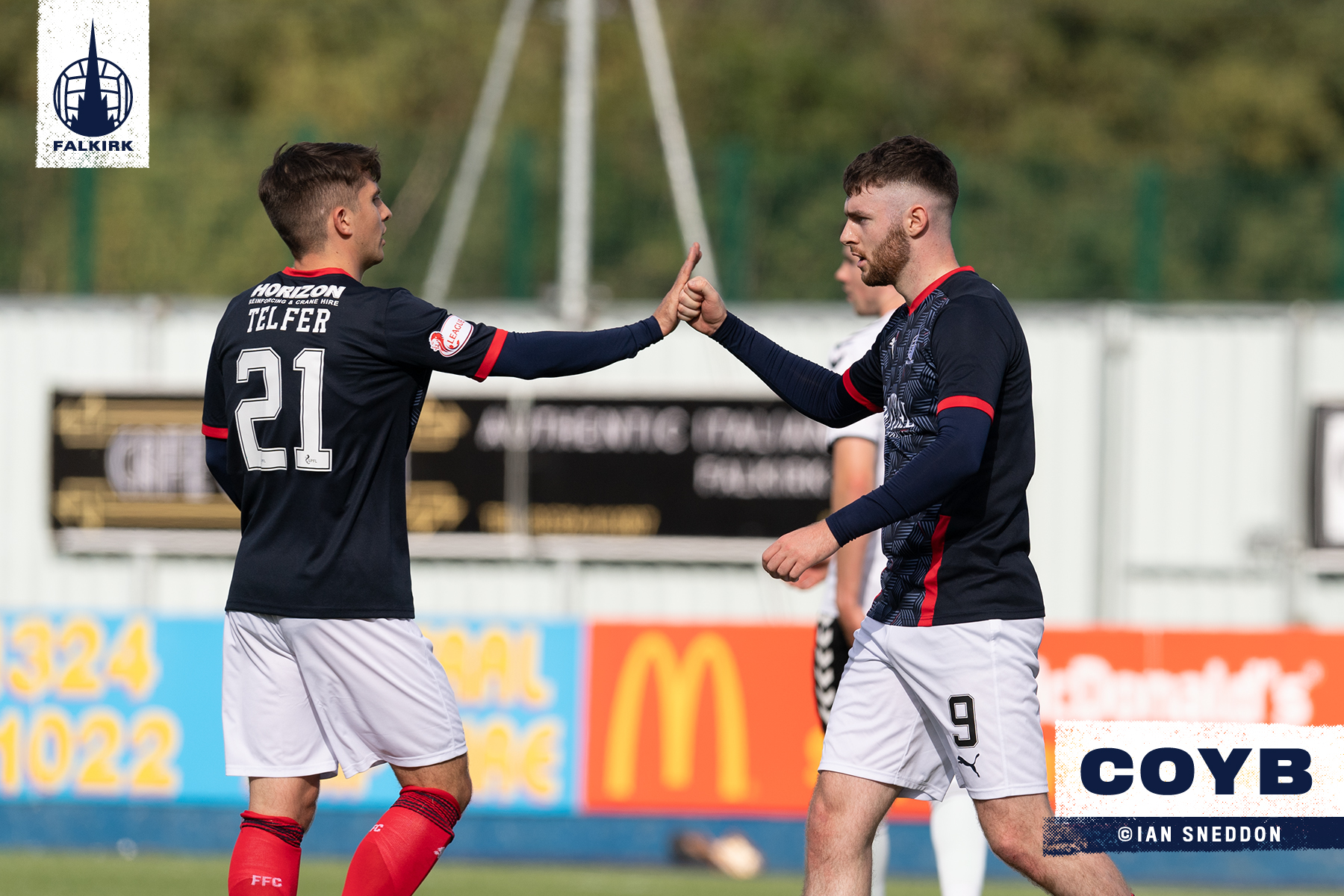 A second half Aidan Keena hattrick sealed the day for Falkirk as they ran out 3-2 winners in the fourth pre-season friendly of the 2020/21 season.

New signing Akeel Francis almost opened his account for the club as he did well to climb high over his man and got his header away, but it was well over the bar. Ayr followed with a couple of chances, with Robbie Mutch making a couple of saves within a few minutes. The big keeper produced a brilliant stop to deny Jack Baird’s header from a corner and shortly after held Michael Miller’s effort from outside the box.

The best chance of the half for Falkirk came after 20 minutes, as Aidan Connolly’s close-range free kick was tipped over the bar, but it was the visitors that looked more threatening with multiple chances wide of the post or easy for Robbie Mutch.

The teams went into the break goalless, but it didn’t take long following half time to break the deadlock. Ayr broke quickly and, after Mutch doing well to save Dario Zanatta’s effort, Luke McCowan tapped home the rebound.

The lead was short lived as The Bairns got level minutes later. A free kick into the box saw Gary Miller brought down and halftime sub Aidan Keena made no mistake with the spot kick. Falkirk pushed on following the equaliser and looked threatening both on the counter and through set pieces. Robbie Leitch came close through an audacious lob that struck the post, but it would be Aidan Keena that doubled his tally after 75 minutes. Akeel Francis did well at the by-line and cut it back for the Irishman to tap home.

Five minutes later Ayr got things level once again. A speculative effort from Michael Hewitt found the top corner to beat the keeper from an acute angle. Things looked to be remaining all square going into the last five minutes, with Ben Hall missing a massive chance to nod the ball into an empty net following a corner, but Aidan Keena had other ideas.

The Bairns broke forward with pace, with Callumn Morrison playing it to Akeel Francis, who got his second assist of the game by finding Aidan Keena with a great ball leaving him with a simple finish to get his hattrick and give Falkirk a second win this preseason.