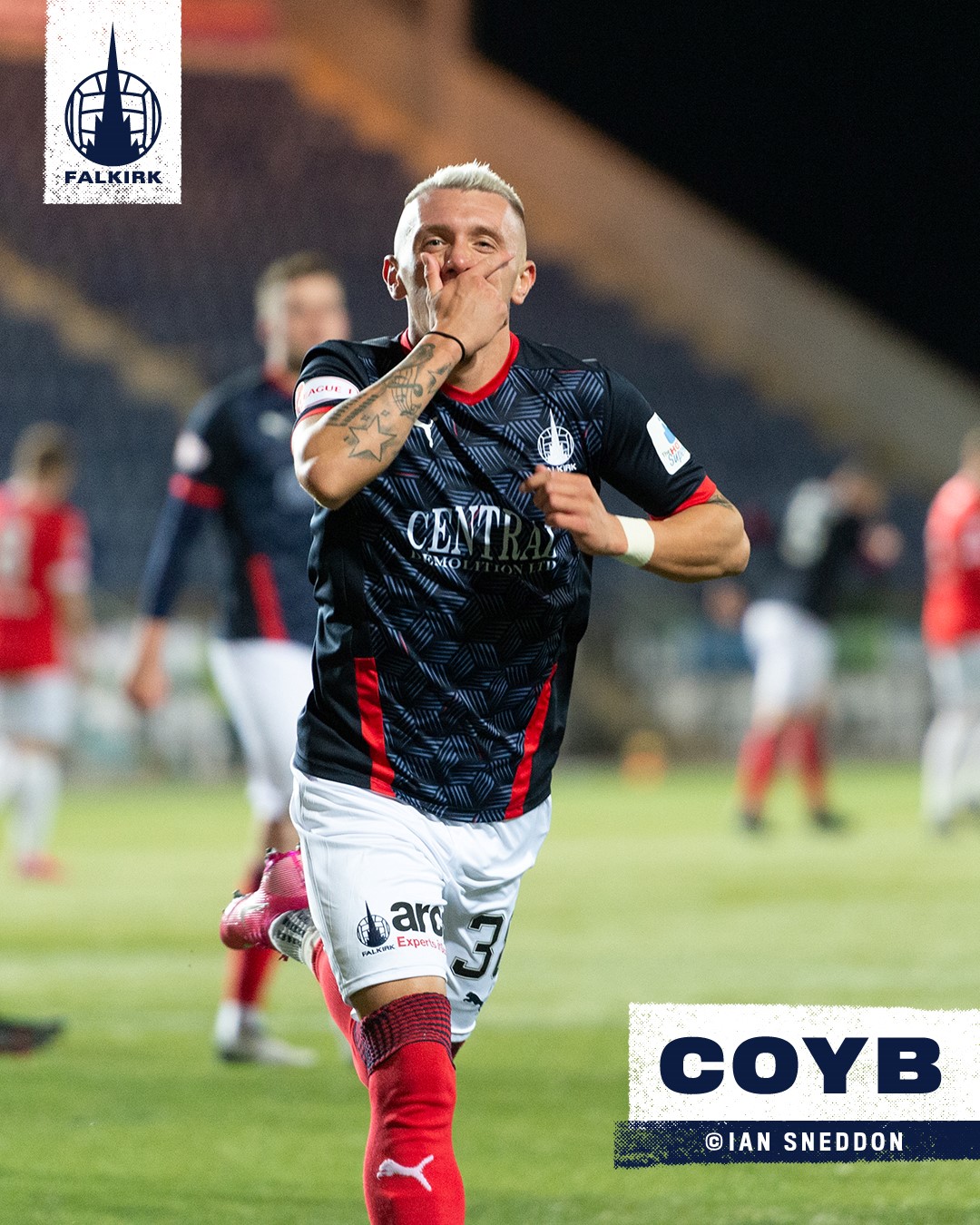 A second half penalty from Callumn Morrison sealed three points for Falkirk in our first home competitive match since March.

In the first minute there was nearly an early breakthrough with a chance for each team as Josh Todd fired Callumn Morrison’s cross wide and David Goodwillie’s breakaway was well covered by the Falkirk defence. However, there wasn’t long to wait for the first goal with The Bairns taking the lead less than fifteen minutes later. A fantastic ball over the top found Aidan Keena, who made it look easy as he took a touch and finished well past the keeper.

The match was brought back level five minutes later. David Goodwillie somehow found his way through the Falkirk defence and neatly finished to square things at a goal each. The match went end to end following the leveller, with neither side really asserting dominance. The best chance came as Anton Dowd’s powerful drive was parried wide as the teams went into half time level.

Soon after the break The Bairns once again found themselves ahead. Some excellent work from Robbie Leitch in the box saw the Clyde defence forced to bring him down and Callumn Morrison made no mistake from the spot. Blair Alston came on for Robbie Leitch and minutes later nearly scored as a tremendous free kick from 30 yards out crashed off the underside of the bar before being cleared. Clyde came close with a free kick themselves soon after Josh Jack’s free kick from just outside the box looked good, but the Falkirk wall stayed strong and headed over.

Clyde pushed on towards the end of the game, but it was Falkirk that looked more dangerous on the break. Akeel Francis couldn’t quite take Callumn Morrison’s pass round the keeper and Anton Dowds shot was stood up well by the Clyde keeper after being slipped through by Morgaro Gomis, but it didn’t matter in the end as Falkirk ended the game as worthy winners.