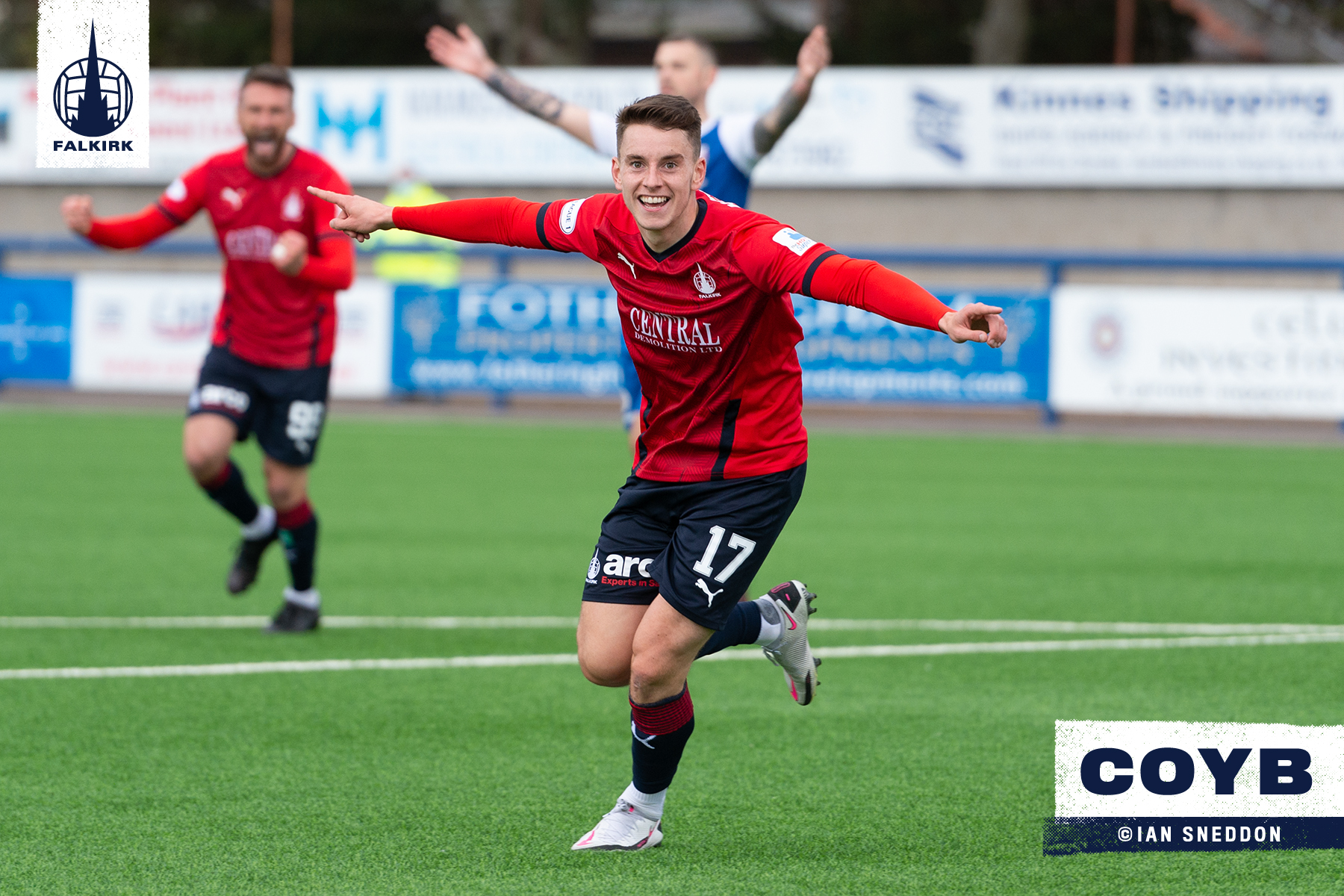 Two late goals from Callumn Morrison and Robbie Leitch propelled Falkirk to a first opening day win since defeating Gretna in August of 2007.

The Bairns started the game looking menacing. Blair Alston sent Callumn Morrison’s cutback into the keepers arms after only a minute, then shortly after Alston returned the favour, playing a great ball over the Montrose defence to Morrison, but his audacious lob with his back to goal was just wide.

Today’s game marked Blair’s first start since returning to the club and he continued to be amongst the chances as Falkirk continued to create good goalscoring opportunities throughout the first twenty minutes. His free kick from range was pushed round the post by Aaron Lennox and he drove forward with the ball as Falkirk broke after winning the ball in the Montrose half, but Akeel Francis couldn’t control his pass and the opportunity was squandered.

The home side seemed to settle into the game following a whirlwind first quarter. Both sides had good spells of possession but lacked the final ball and it looked like the game would go into half time all square until two minutes before the break. Mark Durnan played a fantastic ball over the top that found Akeel Francis, and the striker produced an excellent lob over the goalkeeper to secure his first Falkirk goal and fire The Bairns into the lead just before the break.

After working so hard to get the breakthrough things were soon back level. The Angus side won a corner soon after half time and Lewis Milne’s delivery was headed home well by Aidan Quinn. Falkirk looked frustrated after conceding and Montrose continued to hold the ball for much of the following twenty minutes. Callumn Morrison’s two shots from range were the best of the Falkirk chances in this period, with one going just wide and the other forcing Aaron Lennox in the Montrose goal to tip it over.

Both David McCracken and Lee Miller were a vocal presence on the side-lines, but the latter looked to make a bigger impact as he brought himself on with twelve minutes to go as part of a triple change that saw both strikers and Josh Todd make way for the manager, Conor Sammon and Morgaro Gomis. Only five minutes later this decision was validated as Lee Miller won a long ball in the opposition box and was brought down for a penalty that also saw Andrew Steeves sent off. Callumn Morrison scored his spot kick against Clyde last Tuesday night, and he made no mistake again as he smashed his effort into the top corner.

Falkirk held the ball after going ahead for the second time, particularly through Lee Miller and Conor Sammon, with both big strikers using their bodies and experience to deny Montrose the opportunity to equalise. The now desperate home side were forced into committing players forward and Morgaro Gomis capitalised, playing the ball across to an unmarked Robbie Leitch who converted the chance with a great finish past the keeper.

Montrose forced Robbie Mutch into a great save and hit the post with a series of corners in the dying seconds, but The Bairns got over the line to go top of Scottish League One after the first matchday.