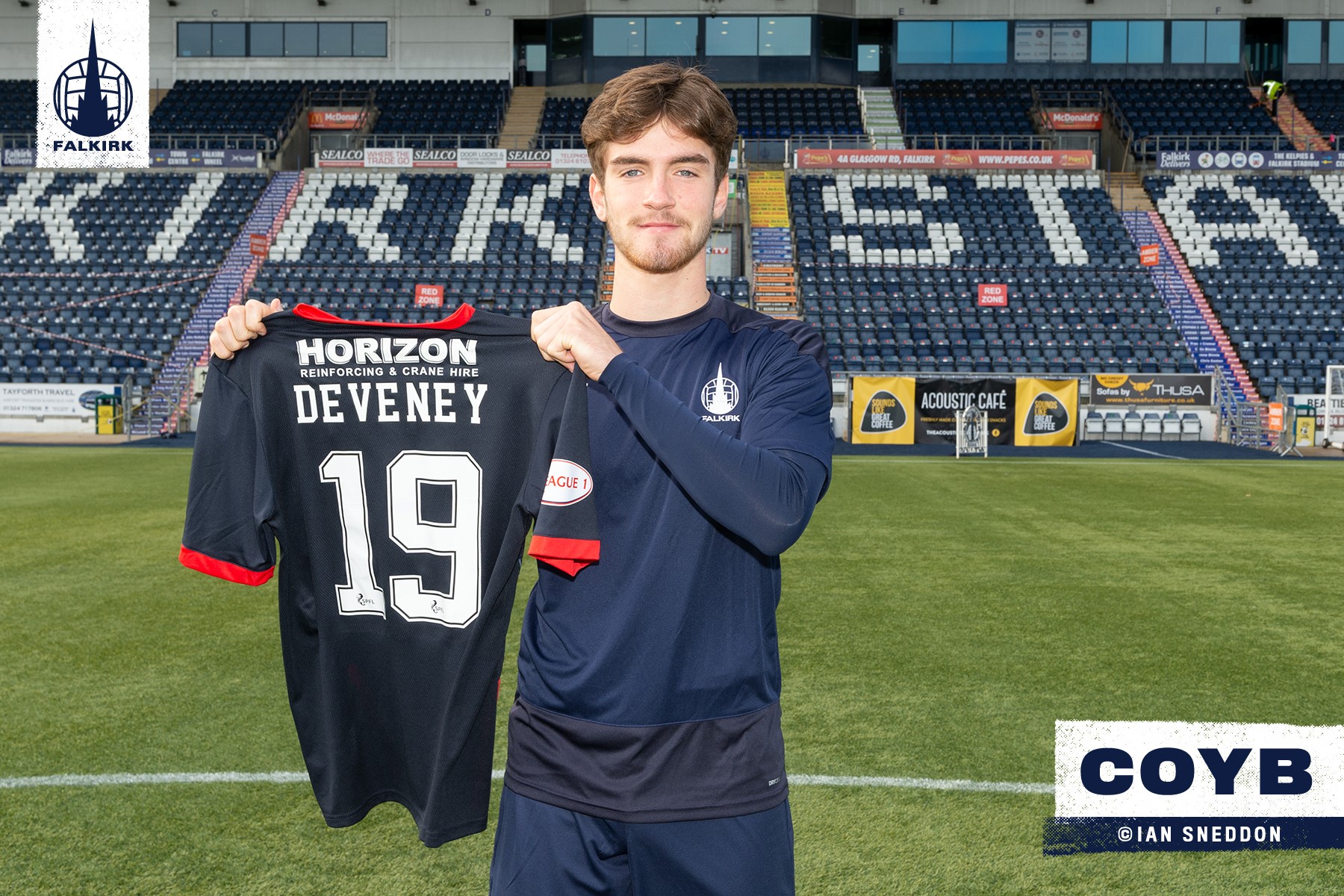 Falkirk Football Club is delighted to announce the signing of Euan Deveney on a season long loan from Kilmarnock.

The 17-year-old left back made his debut for the Ayrshire side this month as they took on Dunfermline, and he comes to The Bairns as a regular in Kilmarnock’s development squad, who reached the Scottish FA Youth Cup Final last season. He has also appeared at an under 17 level for Northern Ireland.

Lee Miller said of the signing: “Euan is a great young player that we’ve been looking at for a number of weeks now. He’s a really exciting prospect, and we’re looking forward to seeing what he has to offer.”

David McCracken added: “We’ve been looking to add a defender to the squad to add more depth and competition for places. I’m sure Euan will be focused on getting into the first team and it can only be good for the squad as we go into our first home league game of the season tomorrow.”