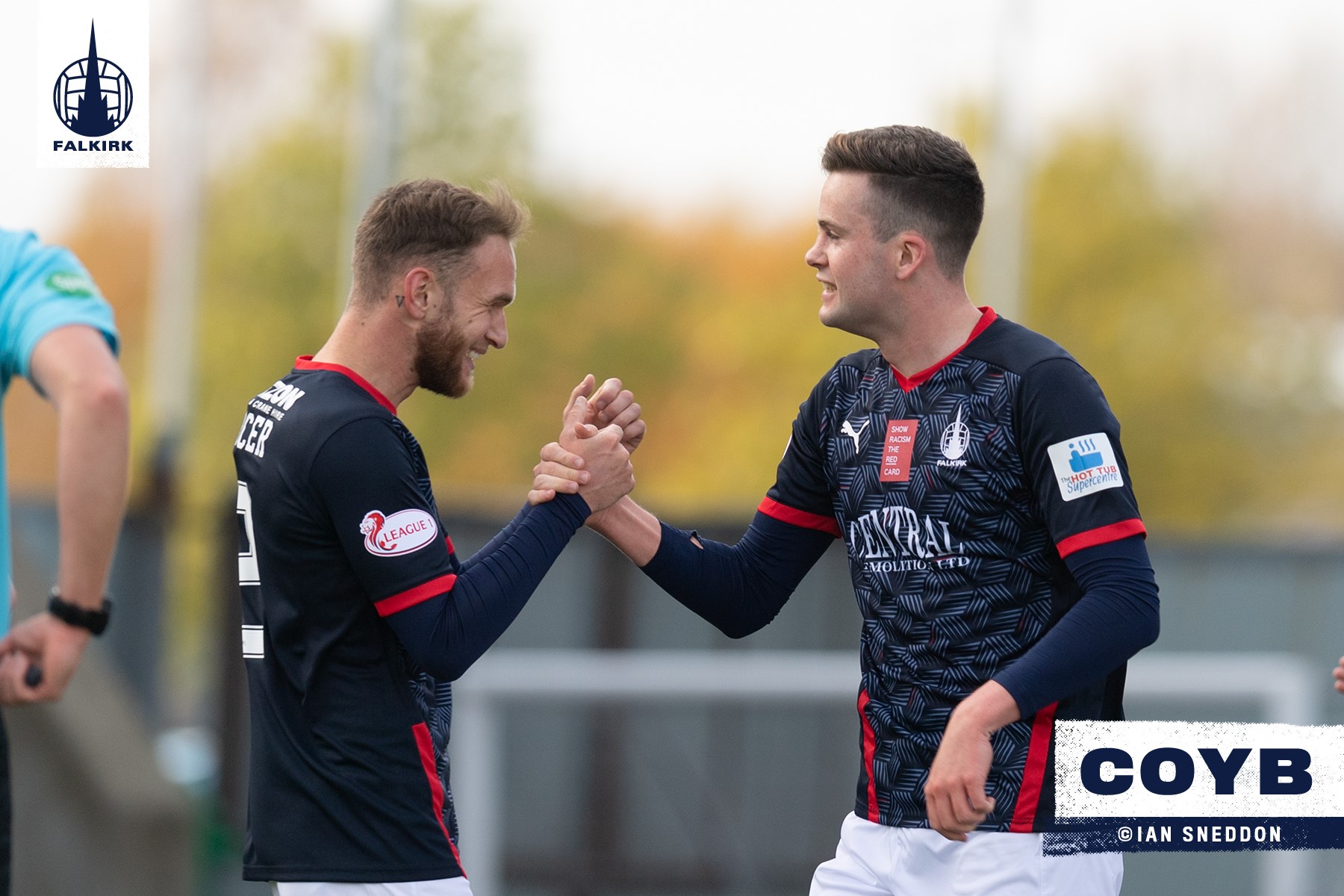 Falkirk could only draw against Forfar Athletic as league football returned The Falkirk Stadium.

The Bairns started the game with two good chances within the first two minutes. Anton Dowd’s header was deflected into the goalkeeper’s arms and Callumn Morrison’s clever corner found Paul Dixon unmarked, but he headed wide. Falkirk soon capitalised on the pressure and opened the scoring after 15 minutes. Blair Alston kept a corner alive after Forfar couldn’t clear their lines and Akeel Francis managed to cut it back to Anton Dowds who fired it low into the net through a crowded box. Falkirk continued to control the game throughout the half but struggled with the final ball. Blair Alston had two shots well held by the keeper and Anton Dowds dragged one past from an acute angle as The Bairns went in a goal up.

Forfar came back into the game shortly after half time, but ironically the two best Falkirk chances came ten minutes after the break. The ball came to Gary Miller well outside the box and he absolutely smashed one off the post before Blair Alston’s ball across the box was nearly bundled in before being cleared off the line. Despite Forfar pushing forward more Falkirk still looked in control before a moment of madness from Robbie Mutch. The keeper reacted to a challenge poorly and saw red, giving away a penalty in the process. PJ Morrison came on for Akeel Francis but could do nothing about the penalty, and the game was level once again.

Falkirk had to chase the game after going down to ten men but never really managed to get past a resolute Forfar defence and the game ended a goal apiece.