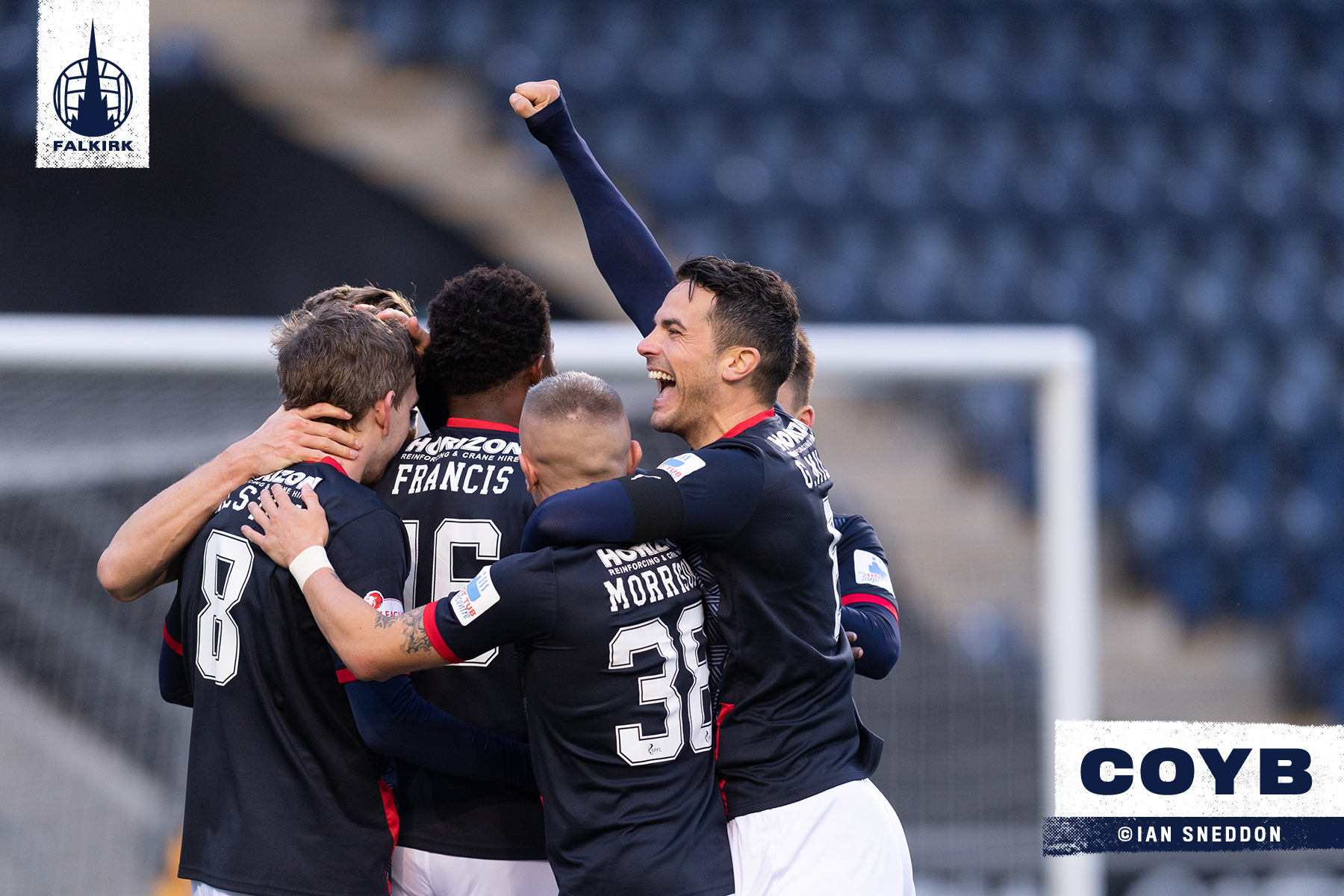 Falkirk secured three points thanks to a goal in each half, despite some extremely adverse weather conditions.

The Bairns have started this season beginning games at an extremely high intensity, and against East Fife it was no different. Anton Dowds dragged one wide from the edge of the box and Gary Miller’s glancing header from a corner in just the first ten minutes. Blair Alston combined well with Robbie Leitch and hit an effort from long range that was deflected over and Anton Dowds fired one that the keeper did extremely well to get down to his right and save in the best of the early chances.

The wind and rain continued to plague the game and it looked like the teams would go in all square, until Falkirk opened the scoring just over five minutes before the break. Callumn Morrison broke through down the left and squared it across to his teammate on the opposite wing Robbie Leitch. Leitch arrived late but managed to rifle an excellent finish into the roof of the net from an extremely acute angle.

Just after half time Falkirk doubled their lead, the goal that would seal the game. Blair Alston’s corner was well headed back across the face of goal by Mark Durnan and Akeel Francis climbed the highest to nod home his second of the season.

Falkirk didn’t break forward as often in the second half after going two goals up, with the wind hampering any free-flowing attacking play, but still chances fell. The ball first dropped to Mark Durnan but his shot could only go straight to the keeper’s arms, then Anton Dowds went wide and high with a close range effort, and finally Dowds sent Morrison through but his excellent cut back couldn’t be tapped into the empty net by a Falkirk player.

The visitors threatened in the final few minutes with some dangerous balls in but PJ Morrison saved the first and Mark Durnan got his head on the second to secure a first clean sheet of the season and a return to winning ways for Falkirk.