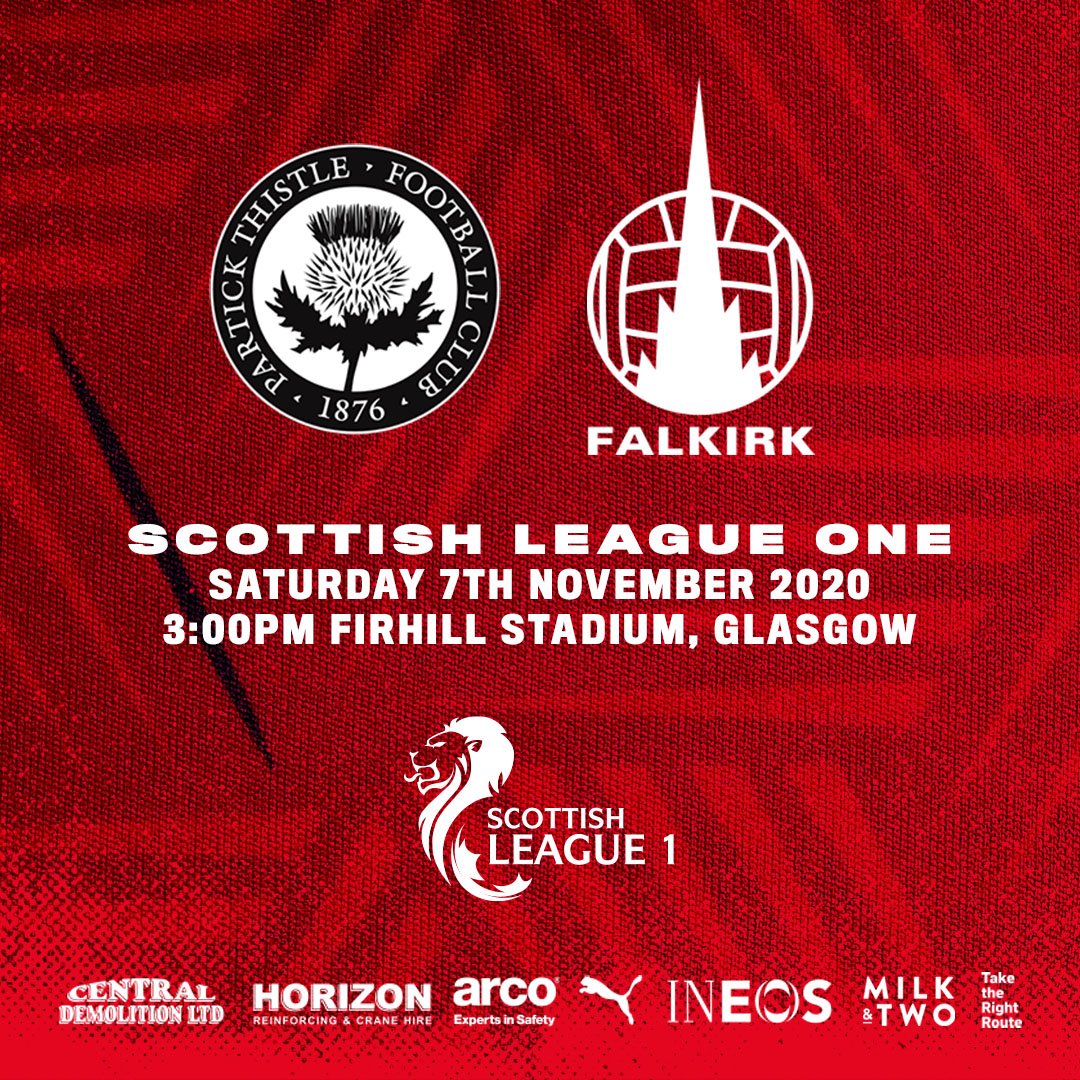 The Bairns visit Firhill this Saturday as we take on Partick Thistle.

The last meetings between the sides took place in the Scottish Championship during the 2018/19 season. The Jags won the first of these encounters with the other three fixtures ending in one all draws.

Before that season the clubs met in the 2015/16 League Cup, with a first half goal from Peter Grant helping The Bairns knock out the Premiership side in the second round.

Falkirk remain undefeated in this season’s Scottish League One, with a win against Montrose and a draw against Forfar Athletic coming before last Saturday’s victory over East Fife. Goals either side of half time from Robbie Leitch and Akeel Francis saw The Bairns get the win through extremely poor conditions at The Falkirk Stadium.

Saturday’s hosts have had a mixed start to the season, with an opening day loss to Clyde followed by a 2-1 win against Airdrie. Saturday saw them come away from a visit to league leaders Cove Rangers empty handed, after a Rory McAllister goal in the 94th minute won it for Cove.