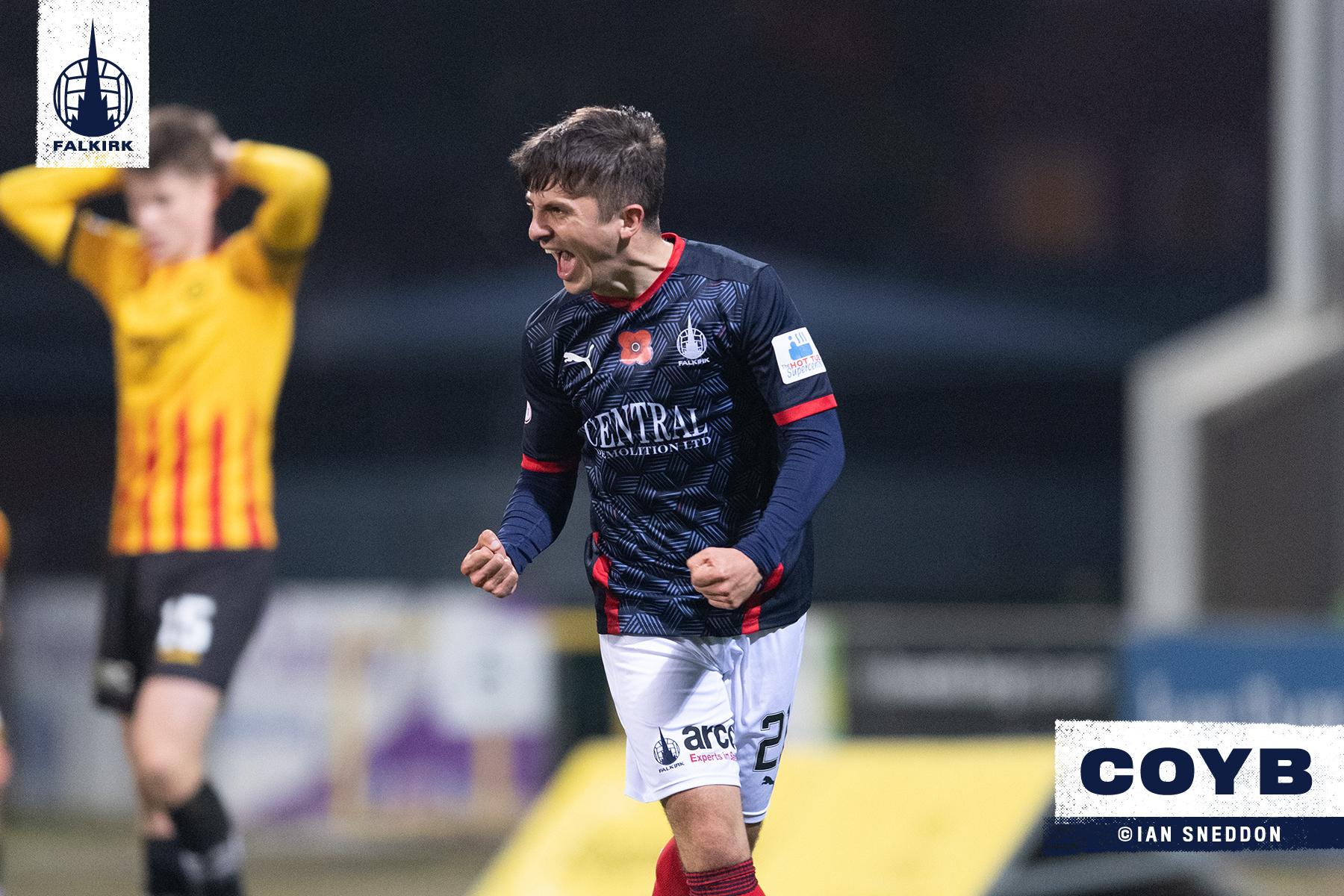 Falkirk started the game like every other this season, with a lot of intensity. Threatening from the outset, it was Falkirk who saw the first chances of the match with Callumn Morrison causing problems for the Partick back line.

It didn’t take long for Morrison to draw a foul which looked like it could have been a penalty but the referee deemed it to be just outside the box. The resulting free kick was disappointing as Alston sent the ball straight into Wright’s arms.

It only took 12 minutes for Falkirk to be rewarded for their intensity and desire to get forward. The ball was played to Callumn Morrison who made some space for himself and tried a shot from just inside the box which took a wicked deflection off the defender and looped over Wright’s head and into the back of the net.

Going one goal down urged Partick on to try and get an equaliser, which they would have got two minutes later were it not for a heroic save from goalkeeper keeper PJ Morrison. Williamson broke into the box and was brought down by Dixon. Graham stepped up to take the spot kick but was denied my Morrison who dived low to his left to use the ball past the post, keeping the Bairns’ narrow margin intact.

Falkirk continued to attack through runs in behind from Morrison, Dowds and Francis. The two former linking up well to set Morrison through to the byline, but he couldn’t quite get the cross away and the ball was deflected out for a corner.

Partick Thistle started to grow into the game a bit more, attacking more frequently and finding more joy down their right hand side.  They looked to be knocking on Falkirk’s door for a period deep into the first half with a series of corners and some chances in the box that were defended well by The Bairns’ back line.

Falkirk’s best chance came a minute before the break when Robbie Leitch breezed past Jags right back Williamson and pulled the ball back to the middle of the box to a waiting Anton Dowds who controlled it and curled a shot that smacked the inside of the post and came back out.

Thistle came out from the interval the brighter, getting a golden opportunity to score only three minuted into the second half. A dangerous free kick found Ross Docherty unmarked 6 yards from goal but he couldn’t get enough on it and it bounced feebly into Morrison’s arms.

The next chance fell to Thistle again as another dangerous balled was launched into the Falkirk box with Graham’s header going across the face of goal and wide.

Falkirk continued to apply pressure, aiming for that second goal to put a bit of daylight between them and the home team. Again though, Falkirk conceded a free kick in a threatening position 20 yards from goal but Blair Spittal’s shot hit the wall.

It was a few minutes later on the 65th minute when Partick finally got the equaliser they had been pushing for. The ball was headed back across goal from a back post Spittal cross and the ball hung up for Joe Cardle headed it into the back of the net.

Partick’s second came just two minutes later as Cardle drove to the byline and played  the ball across the box for Brian Graham who tapped in to make it 2-1 to the hosts.

Thistle continued to threaten and spurned another chance as Blair Lyons beat Durnan and pushed into the box before going down as shouts for a penalty went up, bu the referee was having none of it.

Now was the men in navy blue’s turn to push for an equaliser. Scott Mercer swung a deep cross in for Akeel Francis who managed to get the ball to Sean Kelly outside the box who’s sweetly struck shot was clung onto by Wright. Another chance came and went a minute later when substitute Josh Todd tried his luck from range, but his shot skimmed the top of the bar.

After piling on the pressure for a big chunk of the second half, Falkirk left it late to get their equaliser. Two substitutes combined as Sammon did well to hold the ball up and played it across to Charlie Telfer who hit a brilliant first time finish past the keeper.

Partick returned the pressure with the final whistle looming, pushing players forward and winning a number of corners but none of them amounting to anything.

In a game that could have gone either way, it was heroics from PJ Morrison and a late equaliser from Charlie Telfer that kept Falkirk’s unbeaten start to the season intact.