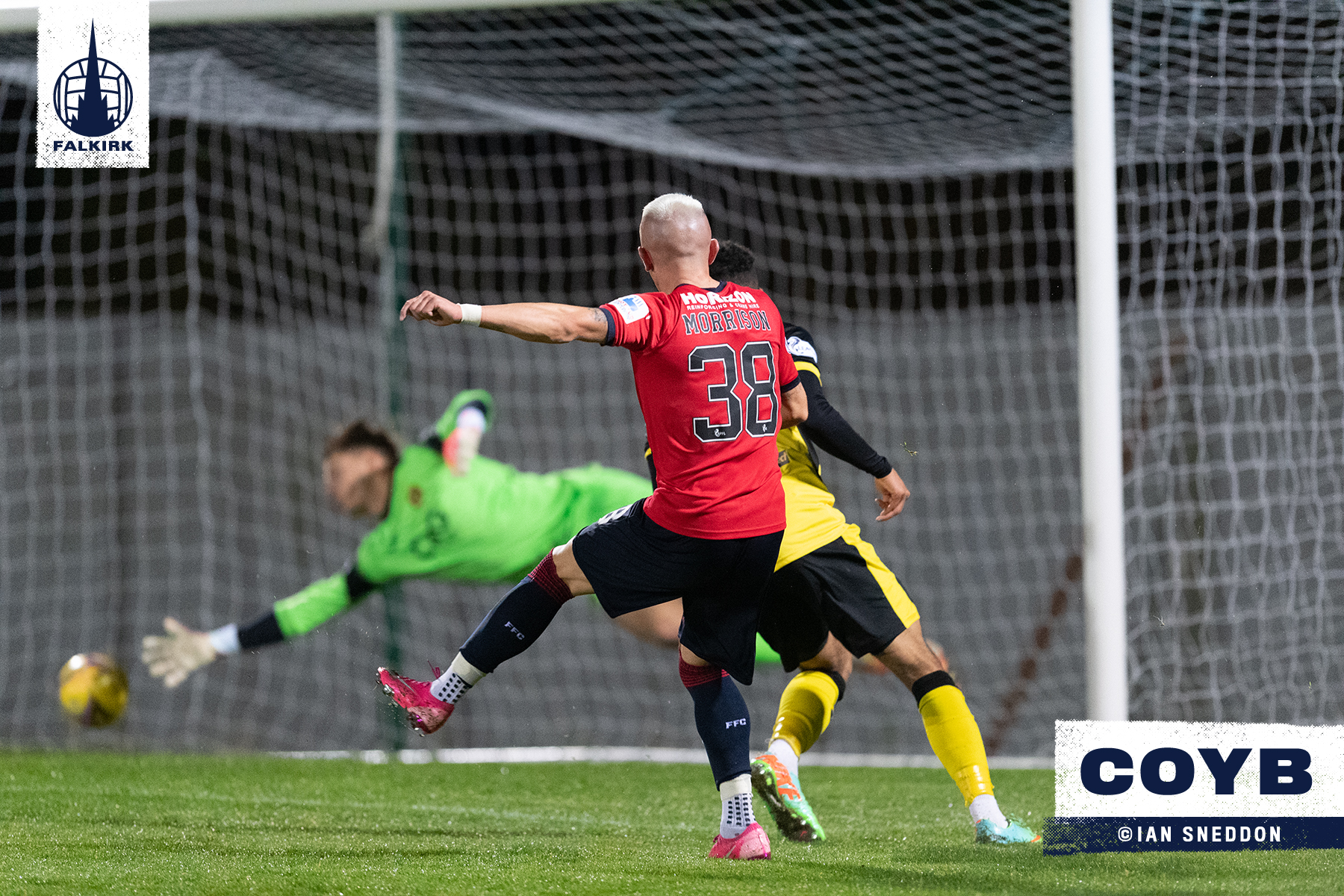 It was a comfortable victory for Falkirk at Dumbarton as The Bairns gave themselves an excellent chance of qualifying for the next round of the Betfred Cup.

‘The Sons’ have had their injury worries in recent weeks, and the visitors looked to pile the pressure on straight away. The ball fell to Blair Alston at the edge of the box in what seemed an excellent opportunity, but his effort was wide. This signalled the danger to come, however, and Falkirk opened the scoring only minutes later through Callumn Morrison. New man Sean Kelly, on his first start for the club, played an excellent cross in that was well flicked on by Conor Sammon and Morrison was there at the back post to calmly convert.

Falkirk continued to look dangerous, with only an offside call on Callumn Morrison and a fantastic save from a Conor Sammon effort at the near post keeping things level as the game approached the break. Dumbarton almost scored an audacious effort midway through the half, with Forbes overhead kick going just over the bar, but several last-ditch tackles and another great save to deny Sammon were needed to keep The Bairns lead to one going into half time.

Falkirk came out from the interval looking sharper than in the first period, and soon made it count. Conor Sammon won the ball high up the pitch and started an excellent counterattack that saw Akeel Francis’ ball find its way to Callumn Morrison coming in at the back post. The winger was again the picture of composure as he took his time and scored his second of the match.

It was time to make the changes, and Falkirk brought on three new faces for the remainder of the game as Francis, Alston and Leitch were replaced by Dowds, Gomis and Telfer. The substitutes did not affect The Bairn’s dominance across the pitch and Conor Sammon soon got a well-earned goal. A corner coming across resulted in the ball ricocheting around the Dumbarton box. Anton Dowds got a shot away but Sammon’s foot on it confirmed the goal and capped a great performance by the Irishman.

Callumn Morrison was a thorn in the Dumbarton side all game and, as the end of the game drew near, he made one last go for his hat trick. A jinking run couldn’t quite open up the chance to shoot, despite going past several players, but he managed to recover well and squared it to give Anton Dowds an easy job taping home at the back post.

Aidan Laverty replaced Morrison, a welcome sight after the youngster’s multiple injury troubles over the last few years, and his fresh injection of energy and drive helped Falkirk control the rest of the tie and secure their place in the Betfred Cup group stage table.