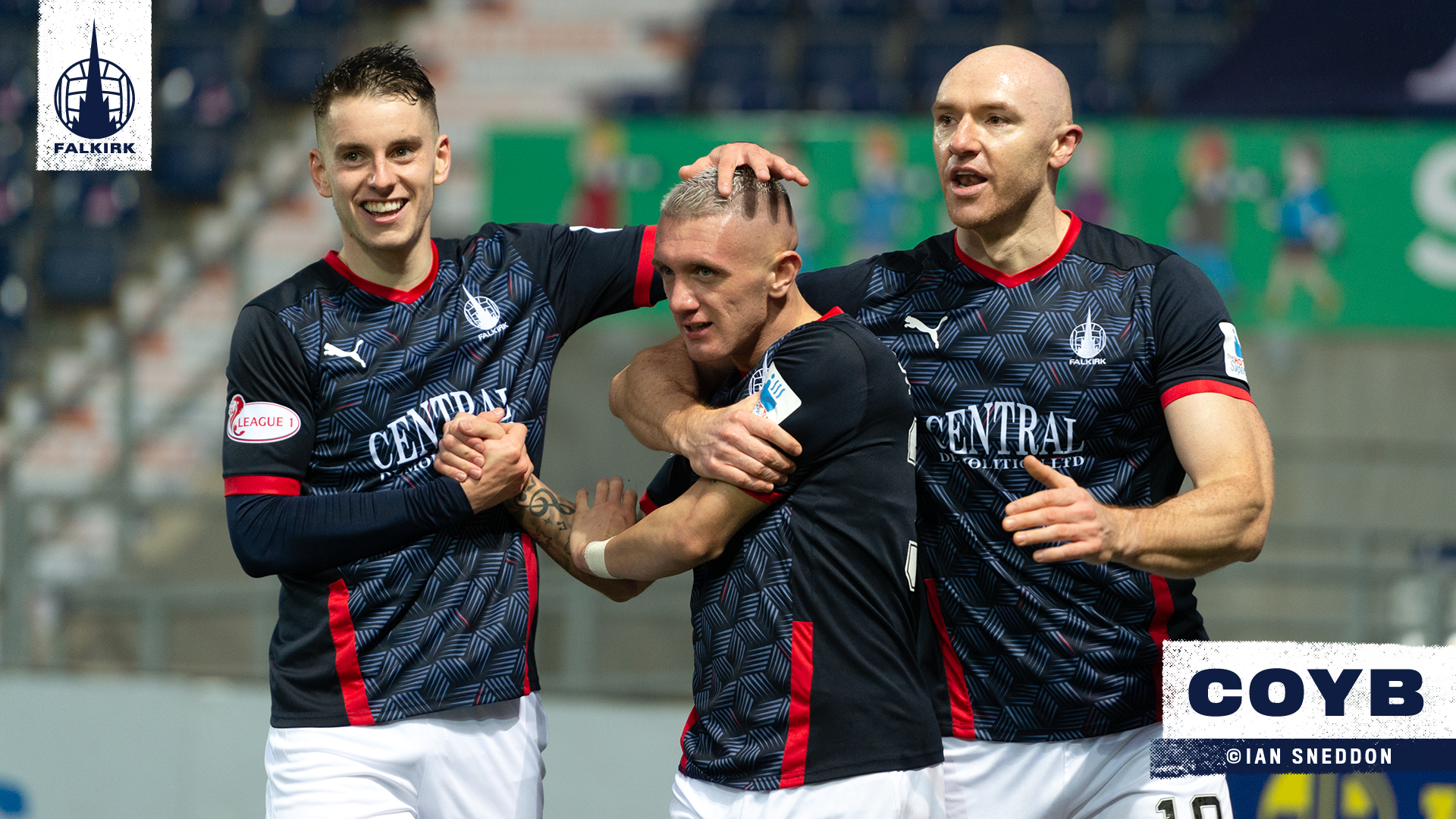 A second half Callumn Morrison goal saw The Bairns beat league leaders Cove Rangers by a goal to nil.

The visitors started the game the better of the two teams, dominating possession without creating many chances. Adam Livingstone couldn’t covert a good cross from wide left and Fraser Fyvie had a decent shot from range well held from PJ Morrison in the best of the Cove chances.

The tables turned after about 35 minutes and Falkirk soon began to get on top. The ball fell to Blair Alston in the box but his powerful shot was well saved by the keeper before Conor Sammon poked wide after he did well to beat his man as The Bairns began to create really good chances. Falkirk had the ball in the back of the net shortly before the break as Anton Dowds shot was saved by the keeper and Callumn Morrison’s tapped home rebound was flagged offside.

The teams went in goalless at the break, but Falkirk definitely looked the more threatening of the sides. Three minutes after half time they proved that assessment right as they took the lead in the match. Anton Dowds did terrifically well on the right flank and played a fantastic cross across, and who else but Callumn Morrison would be there to convert, netting his third goal in two games.

Falkirk really turned on the motors after taking the lead and never looked back. Robbie Leitch found Callumn Morrison who shot wide, then Conor Sammon was again close as a well timed run saw him slipped through, but he hit wide. The chances only got better for The Bairns as Charlie Telfer’s deflected effort was saved and Callumn Morrison couldn’t head home the rebound from a few yards out. Anton Dowds was next as some neat footwork and a shot was only kept out by a save onto the post.

Cove had a late chance as Leighton McIntosh dragged a shot wide of the post but it was to be an unsuccessful return to The Falkirk Stadium for Paul Hartley as Lee Miller and David McCracken’s  Bairns took all three points.