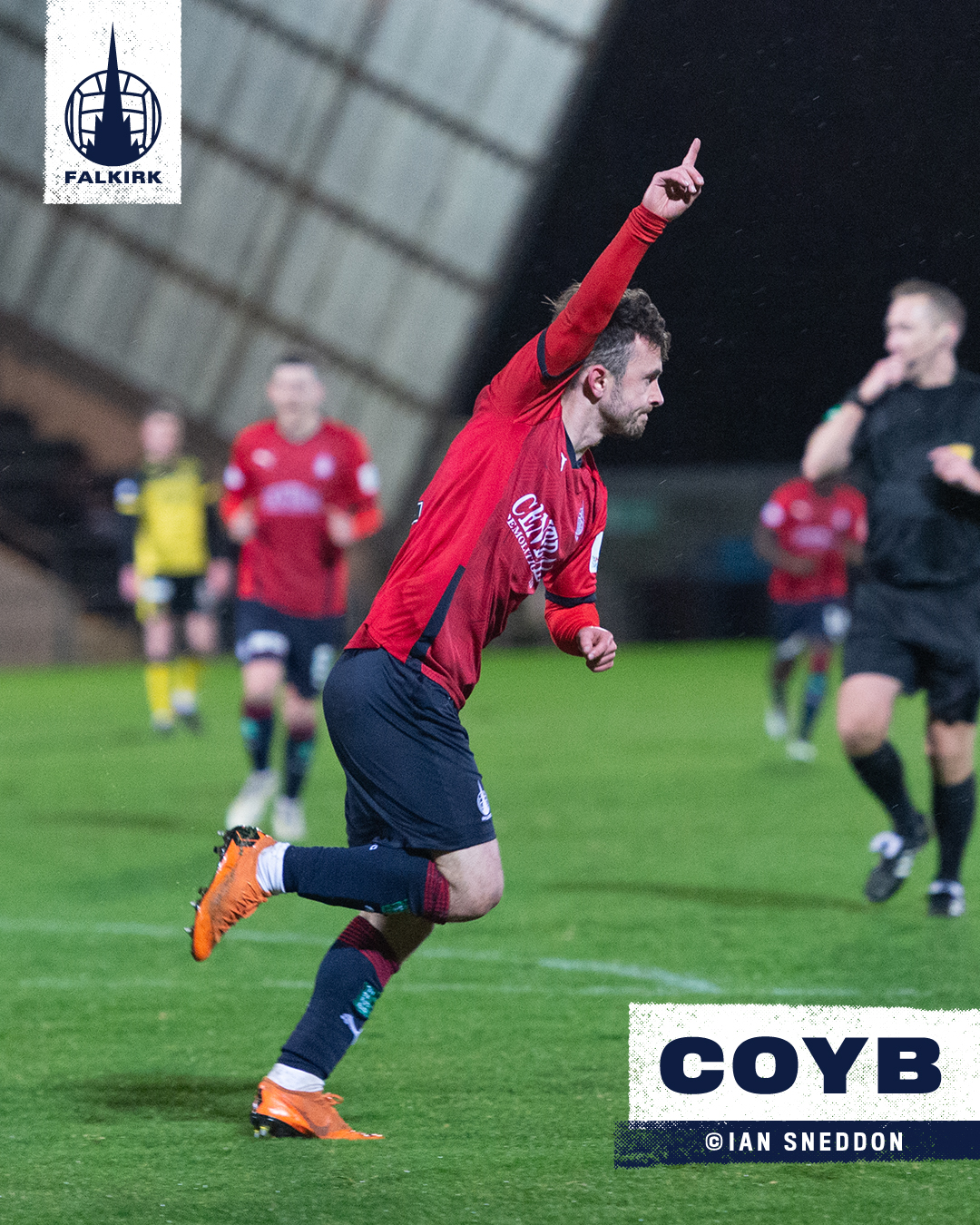 Falkirk started slow, with Dumbarton’s five in midfield looking to control the tempo. The first chance fell to Blair Alston. A deflected shot from Conor Sammon fell to the midfielder a few yards out but he shot wide from a few yards out.

Alston looked a danger throughout and was the creator as The Bairns opened the scoring sixteen minutes in. His corner nearly directly went in before coming back to him, and the fantastic ball to the back post was tucked away by the prolific Callumn Morrison.

It was all Falkirk after the goal and Alston was soon amongst it again, hitting the bar with an audacious chip from outside the box after seeing the keeper off his line. having done everything but the Bairns star summer signing finally got his goal just after the half an hour mark, and in typical spectacular fashion. A free kick at least 25 yards from goal was smashed into the top corner in a piece of individual brilliance. Callumn Morrison and Sean Kelly did well to create an opportunity for Robbie Leitch just before half time, but his effort deflected into the keeper’s hands and Falkirk went in two goals up.

Falkirk looked good after the interval, but the hosts had the best chance of the early second half. Former Bairn Denny Johnstone was sent through on goal but PJ Morrison did tremendously well to palm the effort onto the post.

Both teams made several changes just after an hour in, with Falkirk seeing the introduction of Charlie Telfer, Josh Todd, Akeel Francis and Aidan Connolly. The latter of these has just come back from a long time with injury and announced his return with an excellent goal. Akeel Francis played the winger through and, after taking a touch past the last defender, took the ball around the keeper to finish into the empty net.

Both sides had a late chance, with Charlie Telfer’s long-range effort tipped over and Jones’ finish from a one-on-one again saved by Morrison, but Falkirk saw out a comprehensive win to go top of the Scottish League One table.