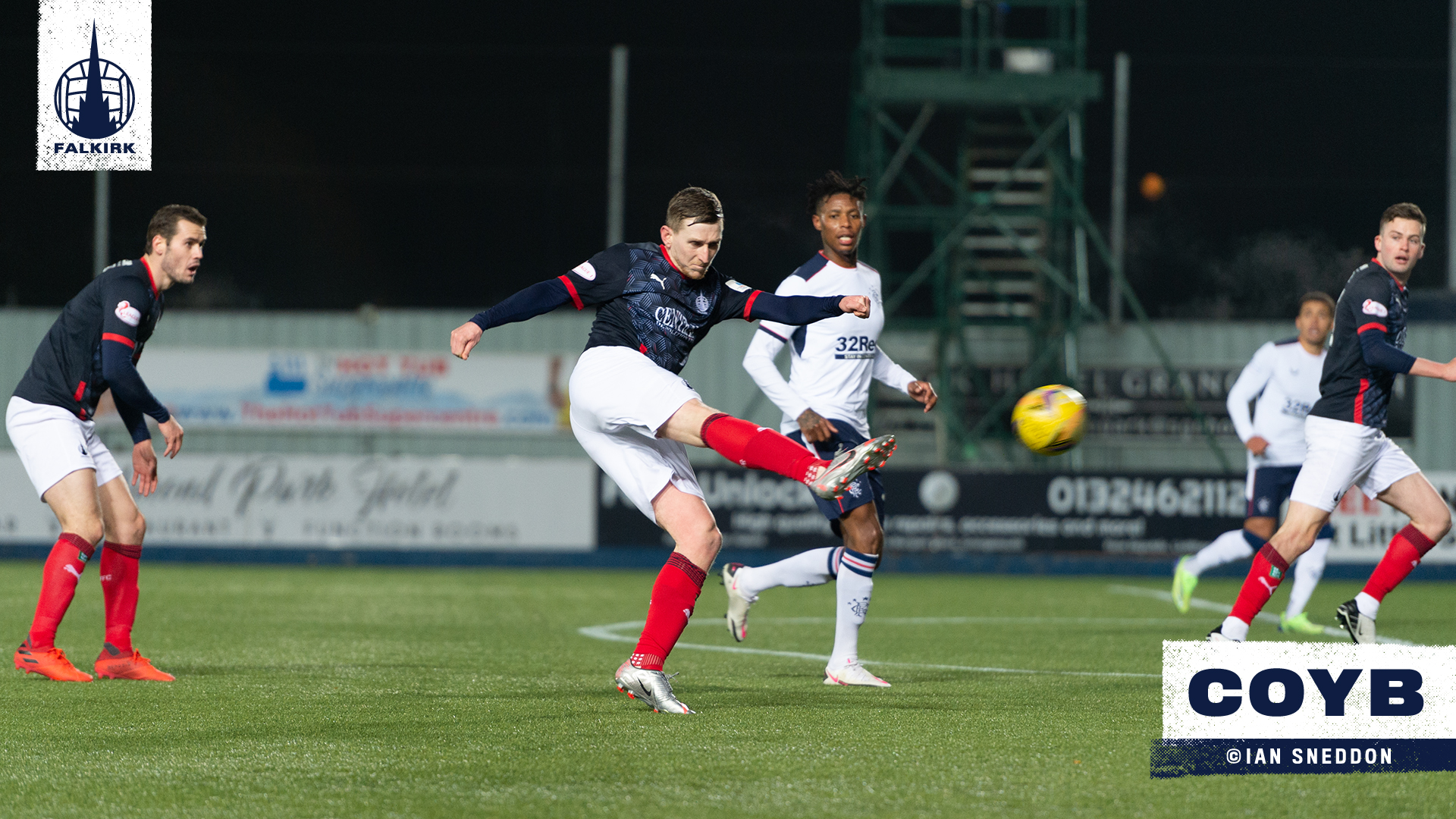 It wasn’t to be for Falkirk as they exited the Betfred Cup at the Round of Sixteen stage to Rangers.

The Gers are unbeaten this season and proved why as they took the lead after only six minutes. Mark Durnan misjudged a ball in and Jermain Defoe was there to pounce with an excellent finish from an acute angle.

Falkirk came back into the game following the goal, with both teams enjoying spells on the ball without either creating much in the way of chances. Defoe tried a volley and The Bairns looked dangerous with a series of corners, but it was a Rangers set piece that proved the avenue for the second. James Tavernier’s effort was well saved by PJ Morrison, who pushed it wide for the corner. The in-swinging ball was headed towards goal before being saved again Morrison, but Calvin Bassey was there to tap home.

Mark Durnan almost pulled one back for Falkirk, forcing an excellent save from Jon McLaughlin in the Rangers goal, but the sucker punch for Lee Miller and David McCracken’s side came just before half time. Borna Barisic curled home a fantastic free kick into the top corner to make sure his side went into half time with one foot already in the next round.

The Bairns nearly got a goal immediately after the break. Conor Sammon pressed a poor back pass, but the Rangers keeper was lucky as his deflected clearance fell straight back to him. Soon after it was four as, just as in the first half, Rangers managed to get a goal early in the second period. James Tavernier finished well in the box to squash all hope of an upset.

Both teams made changes after the fourth and Falkirk stood up well to their Glasgow opponents. Blair Alston had an excellent shot swerve into the keeper’s arms and Morgaro Gomis shot wide from just outside the box in the best of the chances.

Despite an admirably resilient performance from The Bairns they couldn’t push for a consolation and it all ended with Rangers running out as comprehensive winners.