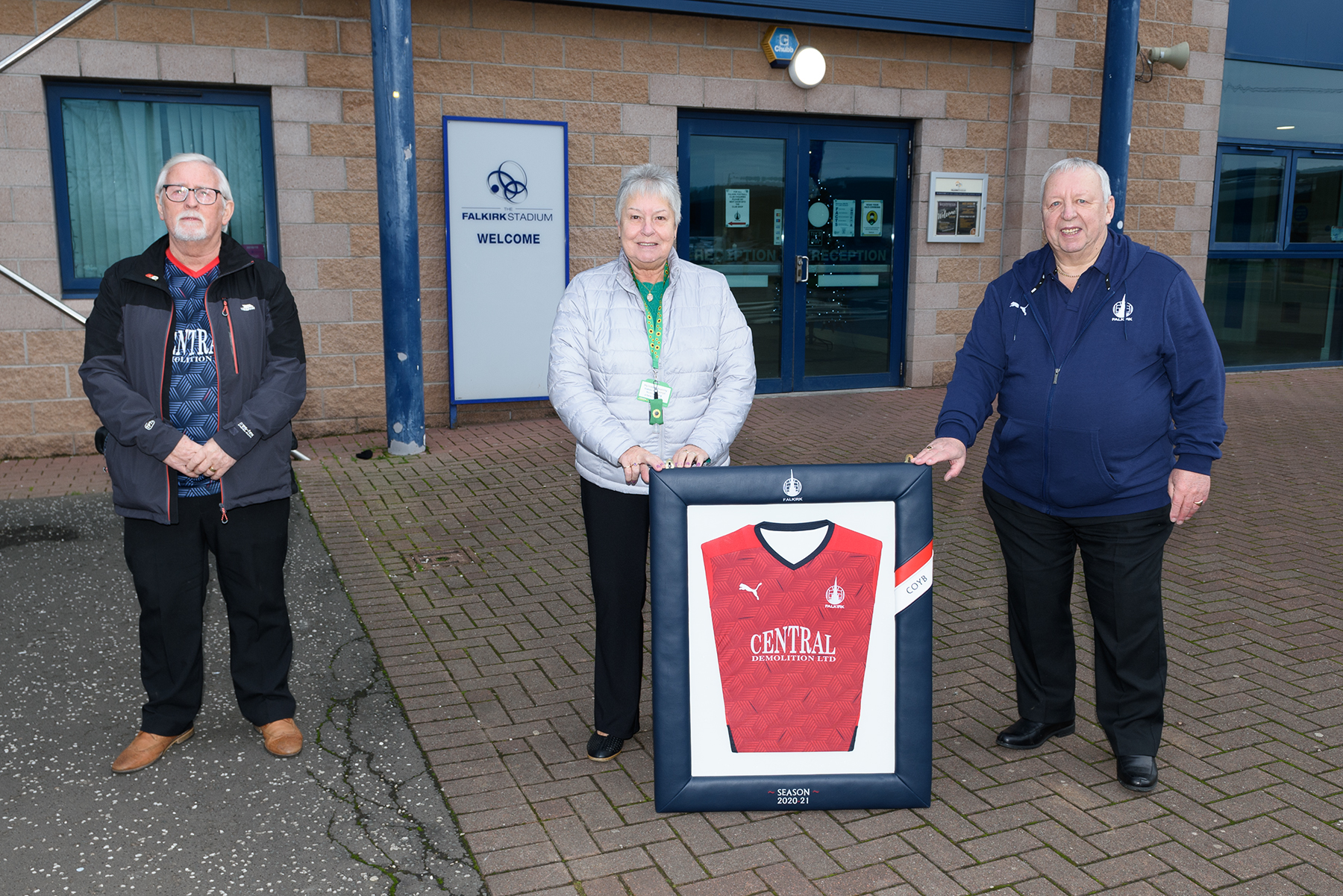 Arthur and Catherine won a framed away shirt, courtesy of our partners at Fanatikool Furnishings, which was second prize in one of our weekly 50/50 draws.

Not wanting to keep the prize for themselves, Arthur and Catherine came up with the idea of auctioning it off with all proceeds going to the Strathcarron Hospice.

Arthur Thom said: “We decided we were going to put it up for auction and all proceeds would go to Strathcarron. They’ve touched a lot of people’s lives.”

Jim Miller of Elliot’s Supporter’s Club, who was the highest bidder at £300, added: “No matter what, I was getting it. If it had gone up to £500 I was still getting it. My wife passed four years ago and Strathcarron really helped her.”