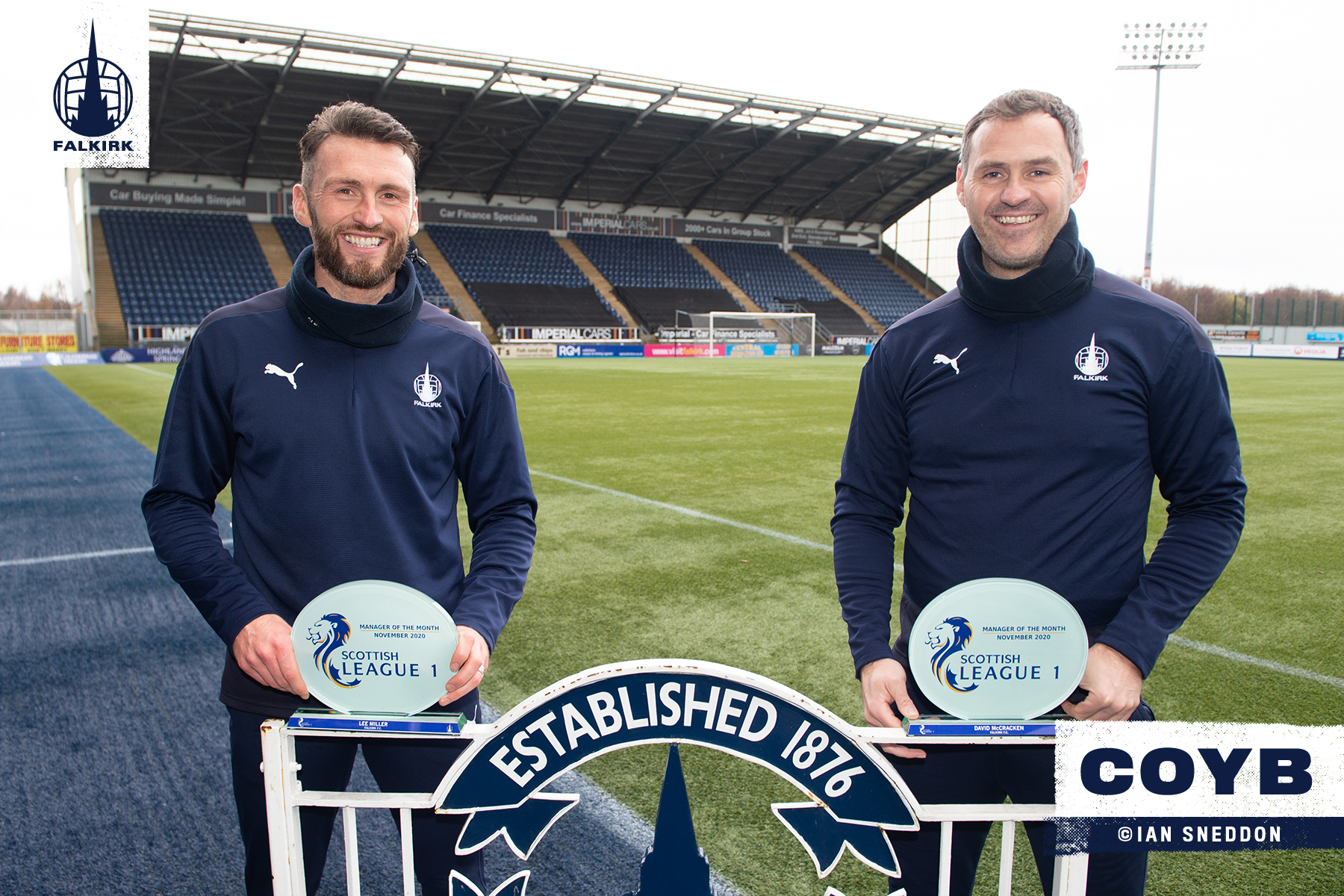 Falkirk Football Club is delighted to announce that Lee Miller and David McCracken have won the League One Manager of the Month award for November.

The co-managers have picked up the award for the second time since venturing into management last November, following a string of positive results that sees The Bairns undefeated in the league this season.

Rescuing a point at Partick Thistle, seven goals in two games against Dumbarton and a hard fought win over potential title rivals Cove Rangers to end their unbeaten run. A memorable month for Falkirk and one that made it difficult to see the Manager of the Month award going to anyone else.

Speaking after receiving his award, Lee Miller said: “It’s a team game. The players have worked extremely hard to get us in the position we’re in just now, so it’s all thanks to them. There’s also been a lot of hard work behind the scenes from David and I, and all the backroom staff. Everybody’s doing their part, we’ve won this award but everybody deserves it. We’re delighted to get it.”

David McCracken added: “It’s good to be recognised but pitmans nothing unless we continue the good work that we’ve done. We say that to the players all the time, it’s about making sure we get that next result and that’s obviously tomorrow. We need to get that next win to continue this run we’re on and long may it continue.”

The Bairns will look to continue their unbeaten streak that has played a part in the award when Peterhead make the long journey south to the Falkirk Stadium tomorrow afternoon. After a cup weekend, Falkirk’s focus will now solely be on League One.