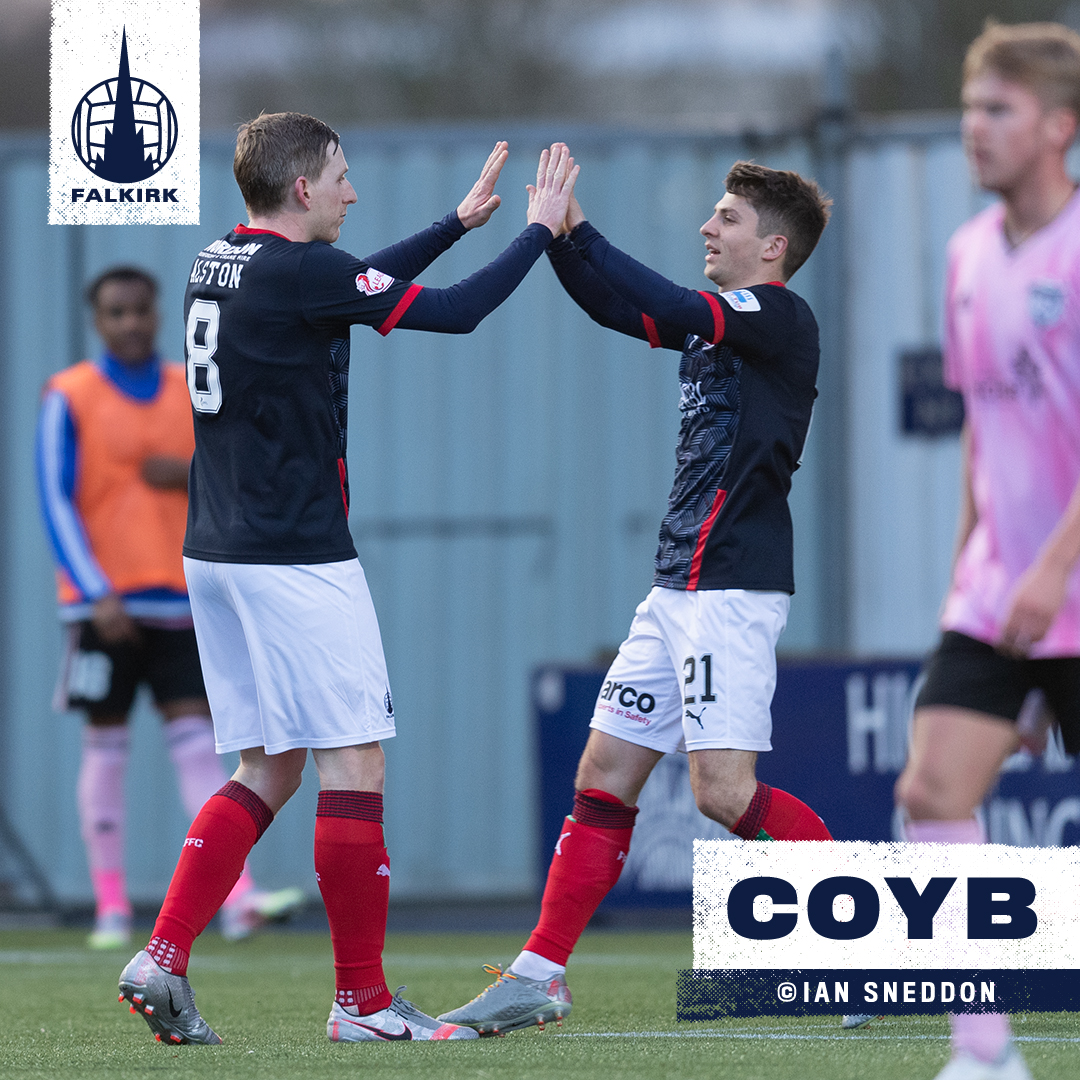 It was a nervous ending to the game as The Bairns went four points clear at the top of the Scottish League One table.

Falkirk started the game at a high tempo, troubling Peterhead every time they went forward. Conor Sammon had a shot beaten aside by the keeper, Anton Dowds had his effort saved after being sent through on goal, and soon after the Bairns’ effort was rewarded by a goal. Falkirk broke forward through Charlie Telfer who timed the pass perfectly and slipped through Blair Alston, and he made no mistake with an excellent finish past the keeper.

Falkirk continued to pile on the pressure after scoring, with Charlie Telfer involved in most of it. Scott Mercer was slipped through, but nobody could get on the end of his excellent cross then Telfer tried an effort from range that was deflected just wide. Just before the break the midfielder was in amongst it again, playing a through ball into the path of Conor Sammon. The big Irishman had Callumn Morrison alongside him as he ran in on goal, but he didn’t need him as he finished well to double The Bairns lead on the stroke of half time.

Falkirk came out for second half in much the way they ended the first, creating plenty of chances. Sean Kelly played a ball across the box, but nobody could get to it. The resulting corner saw Ben Hall’s header saved from a few yards out. Soon after Peterhead had their best chance of the game so far, a hint of things to come. Alan Cook fired wide from a few yards out from a cross when he really should have scored. The Bairns were the next to have good chances in what had become an extremely competitive half. Anton Dowds cannoned a header off the bar and Joshua Rae in the Peterhead goal made an excellent double save from first Connor Sammon and then Callumn Morrison.

The visitors pulled one back soon after through Lyall Cameron, leading to a tense final ten minutes, but Falkirk managed to enough to secure the three points on a day when the other title hopefuls in the league struggled.