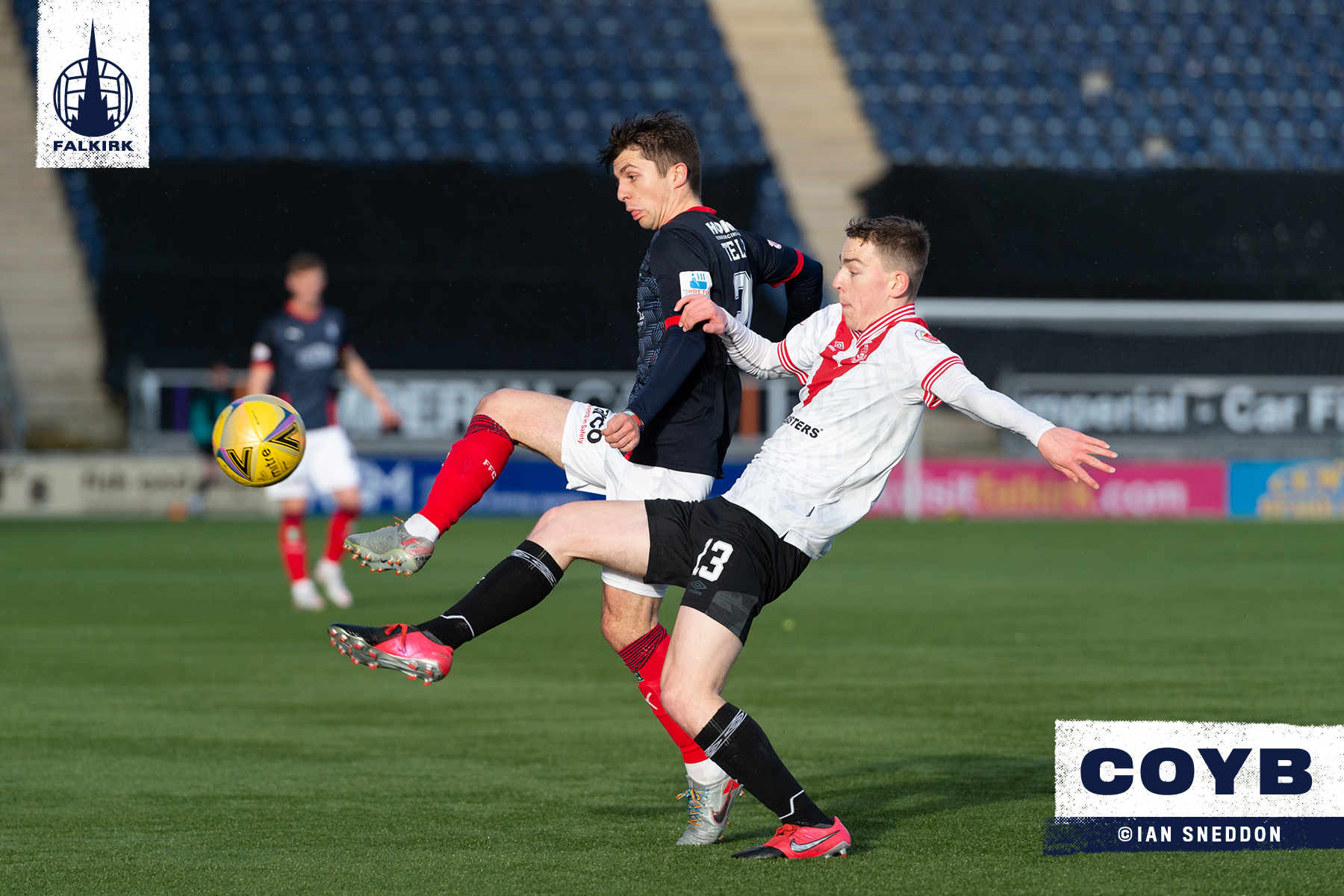 It was a disappointing result at The Falkirk Stadium as The Bairns lost by a goal to Airdrieonians to end the unbeaten start to the season.

The first half was one of few chances, with The Bairns looking the slightly better side in a tight first period. Conor Sammon’s cross was inches away from the diving head of Anton Dowds and struck off the boot of Aidan Connolly into the keeper’s arms, then a double chance saw Conor Sammon and Robbie Leitch have efforts deflected and saved respectively from a few yards out in the best of the chances.

Falkirk came out for the second half at a slow tempo and Airdrie headed over from a few yards out following a corner, when they really should have taken the lead. Four Falkirk changes followed, with Lee Miller, Akeel Francis, Callumn Morrison and Blair Alston all taking the field, but Airdrie had the next big chance, with Robbie Mutch doing extremely well to deny Kyle Connell after he went through on goal.

The Bairns had a big penalty shout denied after Callumn Morrison went down in the box, but the referee waved for a corner that was headed wide by Lee Miller. Airdrie got the opener after 80 minutes when Kyle Connell slotted home the rebound after Paul Mckay’s header was saved by Robbie Mutch.

Falkirk pushed for an equaliser after going a goal down but despite Ben Hall coming close were unable to draw things level.