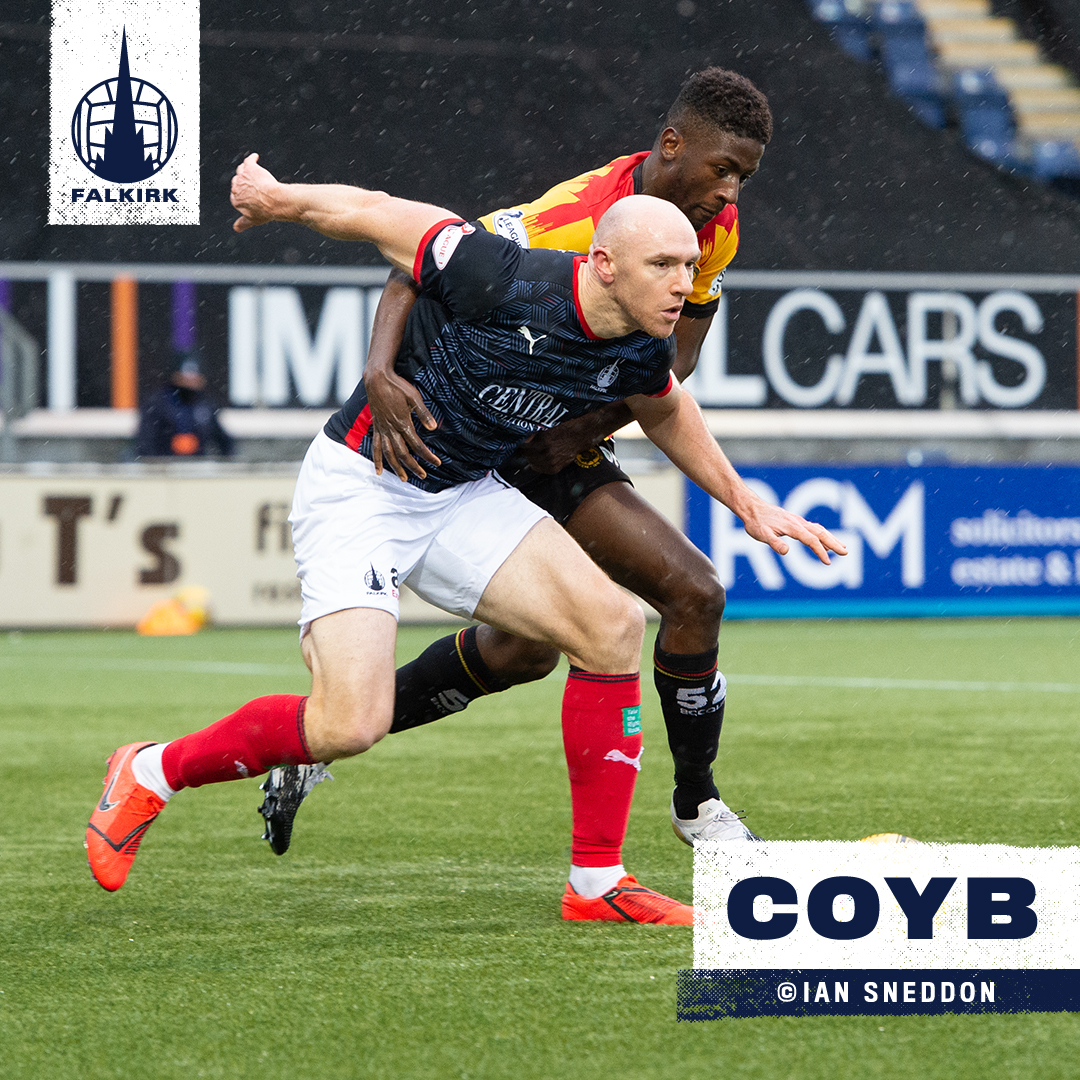 Falkirk and Partick Thistle played to a goalless draw in wild conditions at The Falkirk Stadium.

The Bairns started the better of the two sides, with Morgaro Gomis diving but unable to connect with a cross, Sean Kelly’s ball rolling across the centre of the goal just waiting to be smashed home, and Gomis again heading over. Partick’s best opportunity of the early stages came from a Joe Cardle cross, but Scott Mercer made a brave diving header to clear. Soon after the clearest opportunity of the half so far fell to Callumn Morrison. The winger latched on to a long ball and touched it past the goalkeeper, but Darren Brownlie made a terrific block to cut out a certain goal.

With seven minutes left in the half the game really burst into life. A stramash in the Falkirk box led to a shot being smashed off the crossbar before Zak Rudden was played through and hit the inside of the post with his finish from an acute angle. Seconds later Conor Sammon got on the end of a long ball, but he could only toe it into the keeper’s arms. The last chance of an action-packed end to the half came as Blair Alston’s free kick from out wide was just about palmed away by the keeper.

The second half saw Partick Thistle start on the front foot. Connor Murray fired wide from inside the box and Zak Rudden began to cause The Bairns serious problems with his runs in behind. Rudden was soon to leave the field of play, however, after being shown a straight red card from the referee after appearing to exchange words with the official. Falkirk had the ball in the net soon, with Callumn Morrison walking the ball into the net, but the play was brought back for a Partick free kick. Falkirk struggled to create chances despite having the man advantage. Callumn Morrison appeared to be brought down in the box but the penalty shouts were waved away, and a series of corners came close, but it wasn’t to be three points on boxing day for The Bairns.