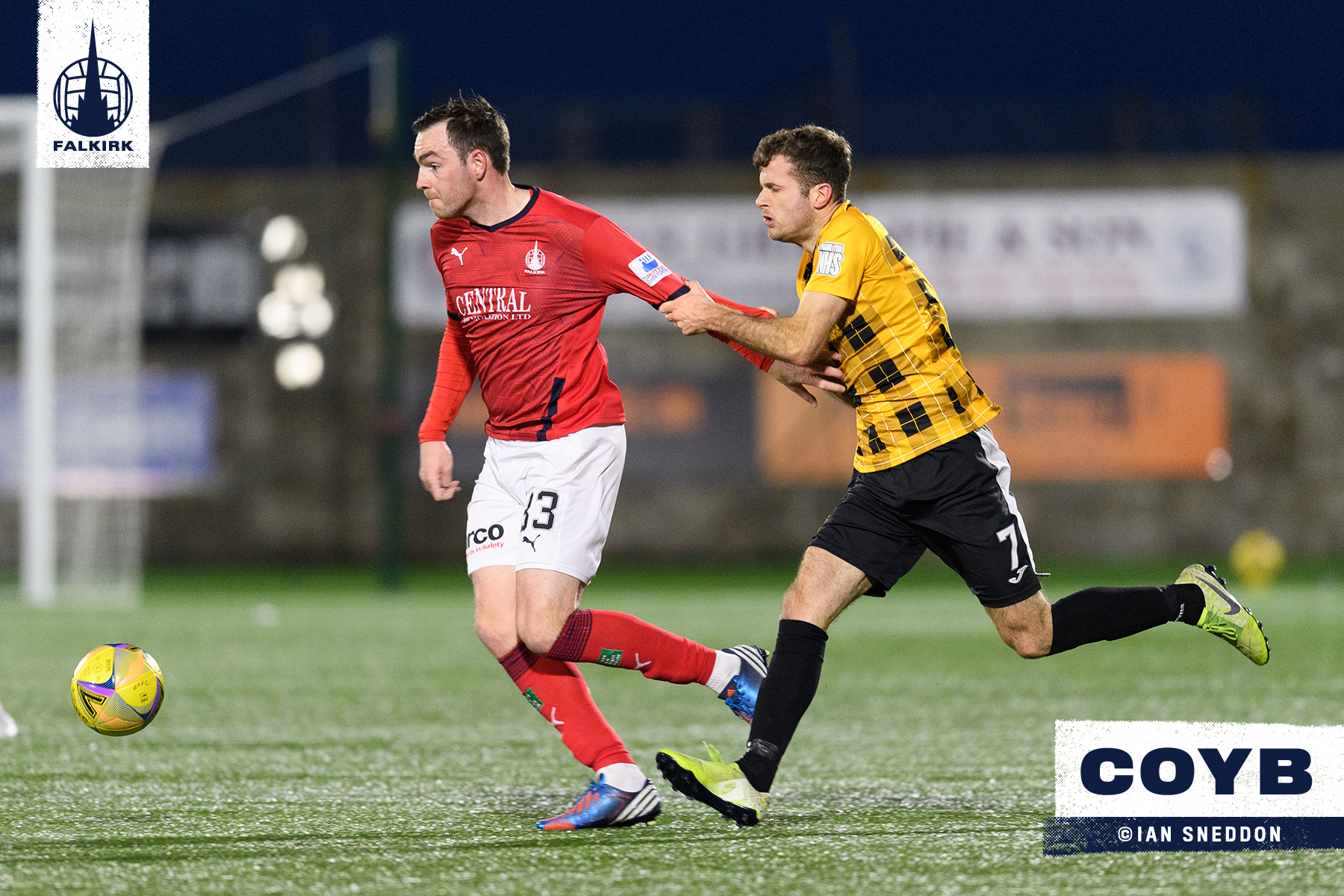 It was a disappointing start to 2021 for Falkirk as they lost their second game of the season away to East Fife.

The Bairns started the better of the two sides, putting dangerous crosses in, but were unable to score and it was the hosts that got the opener. Kevin Smith reacted first following a mix up in the Falkirk box after a free kick and tapped home to fire his side into the lead. Falkirk struggled to make chances after going a goal down and the visitors looked the more likely to double their lead, with only a dangerous Callumn Morrison ball and a series of menacing corners following a Conor Sammon shot deflected wide the only Falkirk chances of note before the break.

Right after the half time break Falkirk managed to draw themselves level. Conor Sammon went through on goal, but the keeper did well to save his effort. Thankfully Callumn Morrison was on hand to convert the rebound and get things back to all square in the match. The game opened up after the equaliser, with both teams coming close to scoring. Falkirk’s best chance saw Scott Mercer come sliding in and get a foot on a corner, but the goalkeeper made a terrific save from point blank range to deny a possible winner.

It ended up being the hosts that got the vital goal, with Jack Hamilton heading home from a corner, and despite throwing everything at it in the final fifteen The Bairns couldn’t equalise for the second time.