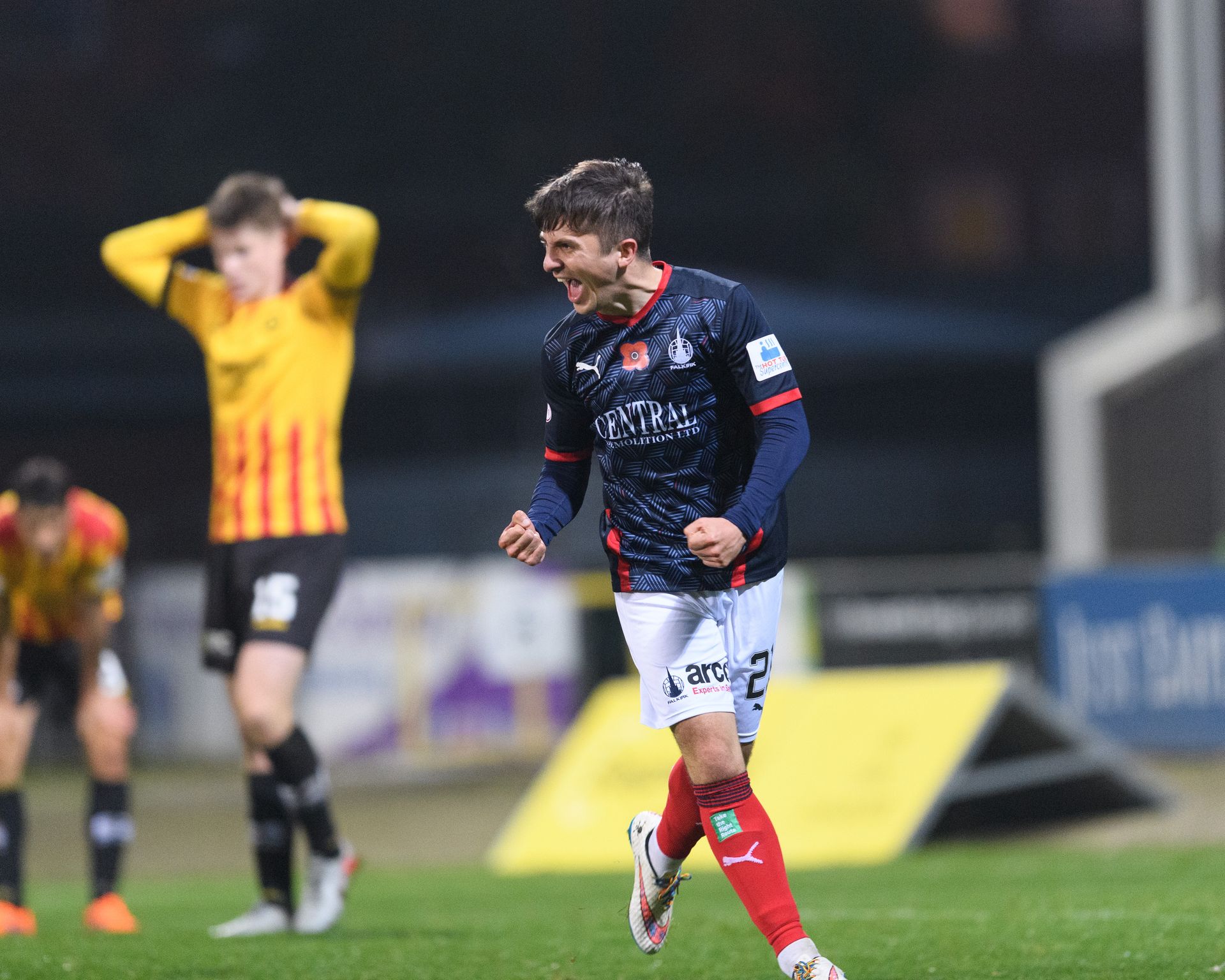 We caught up with Charlie Telfer, who has returned to the Falkirk Stadium to receive treatment for a minor hamstring injury!

The Bairns midfielder began by talking us through his recovery from the injury sustained in his home fitness regime:

“It was a Grade One hamstring pull, so nothing too serious. It was two weeks last Friday since I initially did it and it’s progressing well. I don’t really feel it anymore and the plan is to push on and test it a bit more by starting running this week.”

“I would have maybe been pushing it if we had been back to training this week like they talked about, but with a bit longer to recover I’ll definitely be fine for when the team is back.”

After spending much of last year with no football Charlie has experience dealing with lockdown, something he has used to his advantage when trying to get the most out of being at home this time:

“Having the experience of it from before you know what you did in the last lockdown and thought was beneficial, so it was a bit of a head start. I felt at the start of this one I was getting into a routine more quickly; getting up sharpish in the morning, writing out a to do list whilst having my four Weetabix, and going out to do the runs and exercises to keep myself fit.”

“I get that out the way in the morning then just try to be as productive as possible. I’ve only moved into my flat in the last year and there’s quite a lot of things I want to do, so I’ve just been trying to tick off stuff there. It’s a case of trying to keep as busy as possible to be honest!”

Before getting injured Charlie had been taking part in a voluntary fitness programme to keep himself fit in lockdown. He discussed the difficulties of training without the rest of the team and coaching staff, but has also welcomed the chance to improve his physical fitness:

“It’s been quite tough, a lot of runs. It’s a difficult situation to be in because ideally, we’d all be training together and doing a lot more football stuff, but it’s just been all about trying to get out and get the metres in your legs.”

“It has been really good for the fitness. With me being injured at the start of the season I’ve always been catching up a bit, so it’s been a good time for me to get back up and at my full fitness. I felt like I was getting to that point just before I pulled my hamstring, but hopefully with me only being out a couple of weeks and doing some cardio stuff at the gym at the stadium I haven’t lost too much.”

The voluntary fitness programme has led to a fierce competition between some of the players as they try to beat each other’s scores, something that has helped motivate the squad as they all strive to be the best:

“I didn’t realise at the start it would be competitive, but when we started sending our times in it became a bit more intense! Before your run you were getting ready and warming up properly so you could get a good time!”

“I definitely got a bit competitive, and I’m sure a lot of the other boys are the same. It’s good because it holds you accountable for what your doing, if everyone is pushing themselves to be the best it can only be good for the team as well as on a personal level.”

“It is different to game fitness, because we’re missing out on the agility side of things without the small games and shorter, sharper stuff, but in terms of coming back we should all have a good base fitness and be ready to push on and try to get the season finished in good style.”

Last week’s SFA announcement pegged back hopes of returning to training for the lower leagues until at least next month. Charlie finished by discussing his experience with the uncertainty, but stressed remaining positive is the most important thing in these times:

“When the season didn’t finish last year, it happened so abruptly that we didn’t really know what was happening in football or in general around the country. This time when you know what it’s all about, you’re just counting down, and when there’s an announcement scheduled you hope you’re coming to the end. The announcement last week was really disappointing, everyone’s desperate to get back and are willing to do whatever we can to get back and finish it.”

“The potential announcement for the first of March gives us something else to look forward to, there’s no point in getting down about it because there’s nothing we can do as players, just look after ourselves and put ourselves in the best position for when we eventually do come back.”