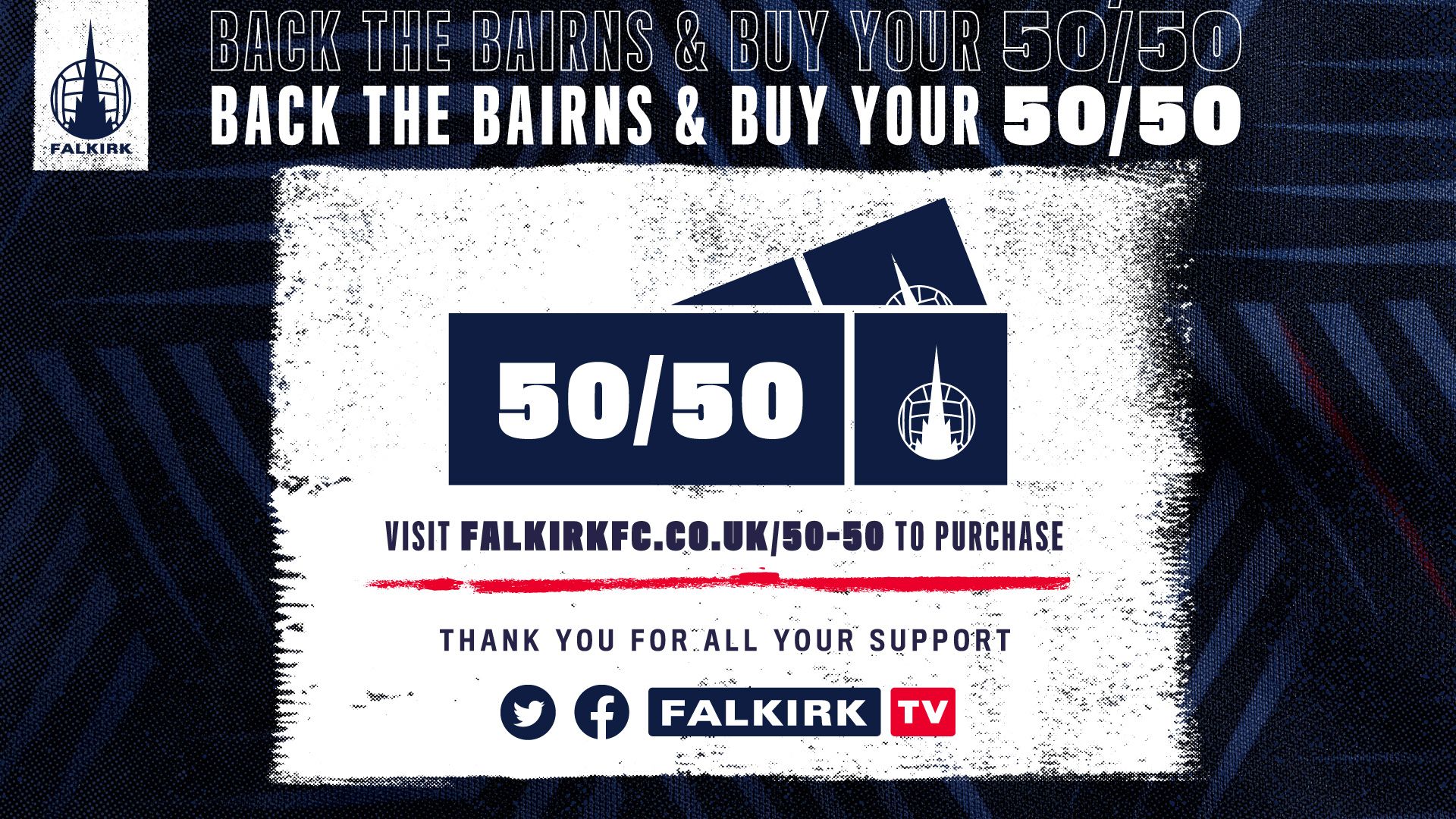 John Wright is just one of the many lucky 50/50 prize winners we’ve had over the last year.

He had this to say about his recent cash prize win:

“Although I now live in Paisley I have been a Falkirk fan all my life since my Dad, who was a season ticket holder, started taking me to Brockville as a young boy. I went to school in Falkirk and my early years were spent in Russel Street which was just down from the old ground, where all the away supporters buses used to park. I have vivid and happy memories of attending the 1957 Scottish Cup Final replay at Hampden Park when we last won the trophy.

My son Jack and I are still both season ticket holders at Westfield and have been since the new Falkirk Stadium opened.  Until lockdown we went regularly to all the home games and also travelled to as many away games as we could.

I think the 50/50 initiative has been fantastic both for the fans and for the club.  Since lockdown, buying the tickets on a Saturday together with the live Falkirk FC TV coverage, has somehow helped us to stay close to the club, despite the hard times we are all going through.

As far as the prize money is concerned, I plan to make a donation to the Strathcarron Hospice which the club has supported so well over many years, and to use the balance to buy shares when these hopefully become available through the new Supporters’ Association.

You could be a lucky winner just like John!

All you need to do is enter this weekends draw by purchasing tickets here. Good luck!