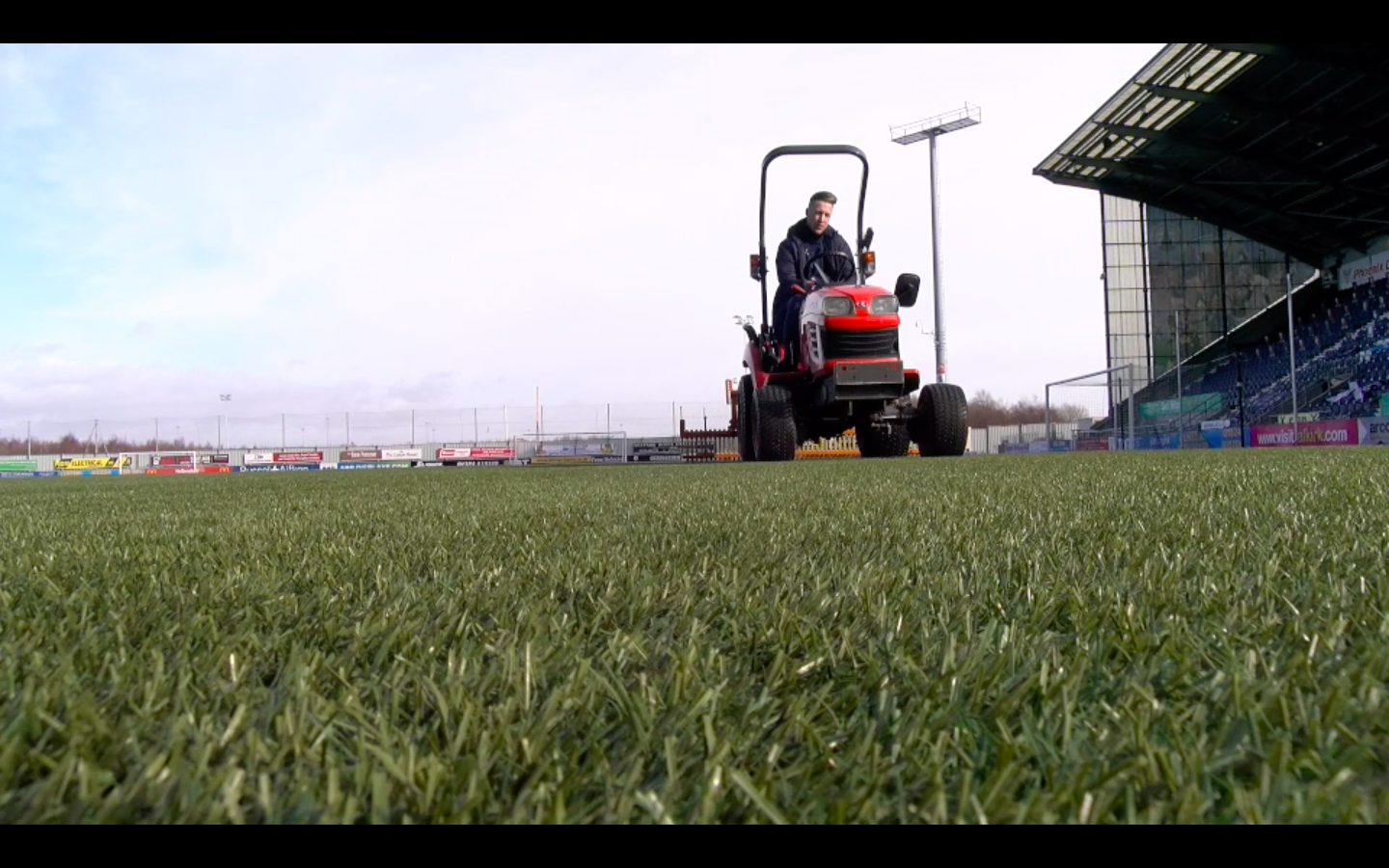 Earlier in the week we spent the Day with Josh Letham, one of Falkirk’s Ground Staff, to see how he spends his days at the Stadium!

To go along with today’s video, we also spoke to Josh about working as a groundsman through lockdown.

Despite not having a matchday to work towards each week the ground staff still find plenty to do in their days at The Falkirk Stadium:

“On a normal day I’ll come in and do all the checks of the systems around the stadium. There’s then maintenance work that needs to get done, as well as keeping the park in good condition, so I still stay pretty busy. We’ve had a few players in over the last two months that have been injured and getting some treatment, so the park still needs worked on after they’ve been on it.”

“It’s a case of being able to have the park and all the facilities ready if the team were to come back tomorrow. Things are very unsure right now and can change very quickly, so we need to be ready for when they do.”

Josh is a lifelong Falkirk fan and has relished joining up with the club in his time as a staff member:

“I would normally be at all the games and even this season I’ve seen all the home games when I’m working, I just can’t wait to get back. It’s great to get that behind-the-scenes view, the players and management become more than just people on the pitch and are your friends as well. It’s a different angle to see the game from and I love the banter with everyone at the club.”

During most winter’s heavy snowfall can cause serious problems for the ground staff, but one perk of the lack of football meant last week’s snow was significantly easier to deal with:

“Normally we would have to clear the pitch by shovelling the snow off, so we definitely got a break this time! We usually have a pretty quick turnaround to get the team back training or to get the match played but nobody needed the pitch that weekend and it gave us a few more day to let it melt and get it cleared.”

The lockdown has also given the team time to work on other aspects of the job that can sometimes get left behind in the non-stop action of the league season, as well as take on some more unusual roles:

“There’s some jobs that we didn’t have the time for that are now getting done, for example we’ve got a lot of painting done and there are parts of the stadium that don’t get used as much which we’ve got right into and fixed up. Hopefully the fans do notice a difference when they can get back.”

“We’ve also had to adapt into other areas to support the club, because there’s not as many volunteers and outside staff allowed in right now. We’re not doing as much for a game day, so we’re helping out in the retail department and other areas. This season I’ve even become a professional ball boy!”

Josh finished by discussing the drawbacks of lockdown, with the staff at the stadium cut down to only the most essential purposes:

“There definitely isn’t the same buzz around the place you get when everyone is in. There’s usually a maximum two or three people in the entire building these days, and it can feel a bit weird wandering about with absolutely nobody else there.”

“I love the build up to a matchday and without that there just isn’t the same feeling. I don’t think I realised how much I would miss the football, even if this season was a strange one with no fans.”

A Day in the Life of our Groundsman