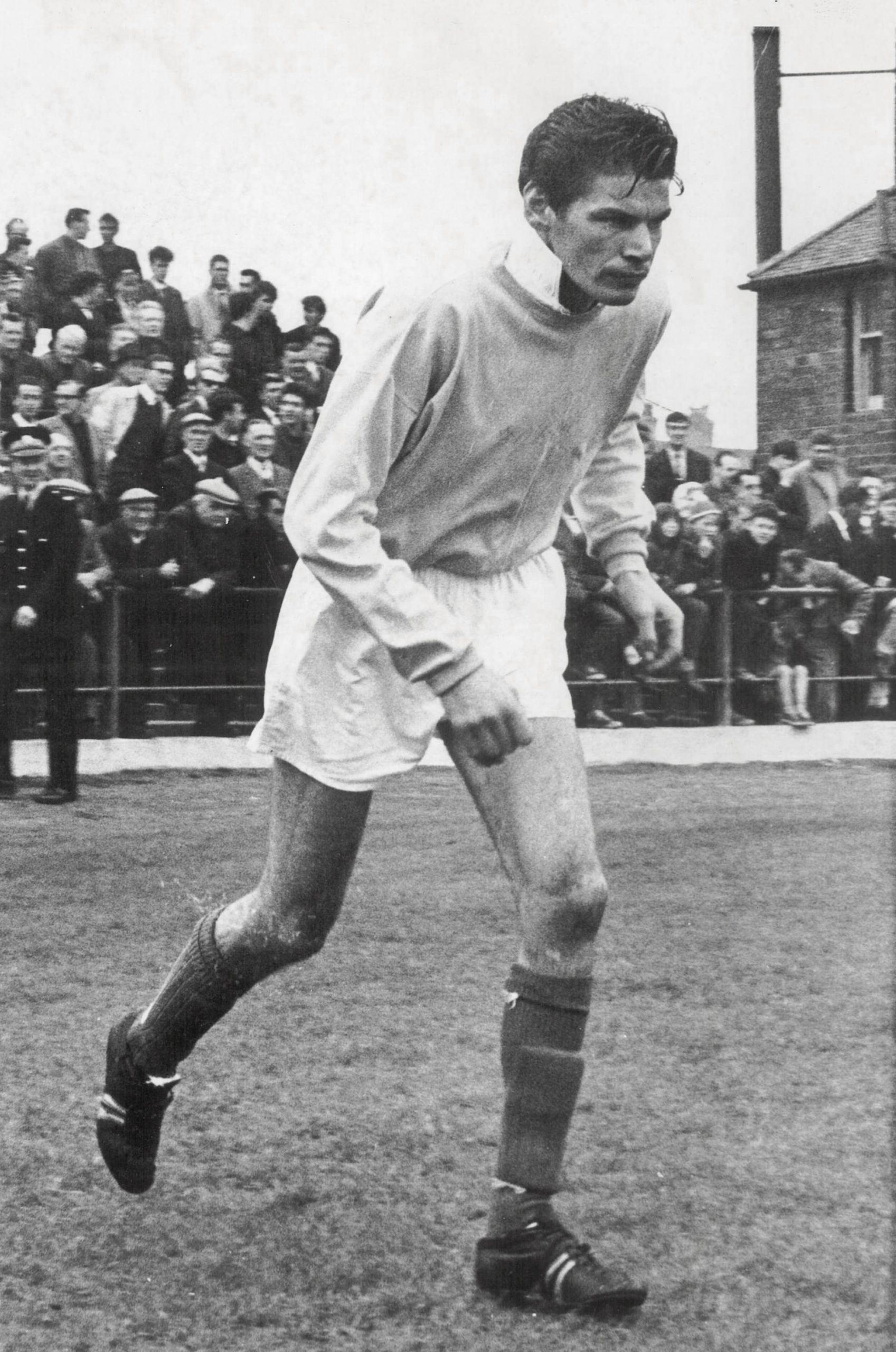 Falkirk fans are often asked to select their Dream Team, and many would pick Willie Whigham as their goalkeeper. It was terrible news that reached the club yesterday when they were informed that Willie had passed after in Monklands Hospital after a bout of pneumonia.

Willie was highly regarded by all who played with him and he saved Falkirk from a few real hidings. There is undoubtedly a lack of “characters” in the modern game, and Willie is  fondly remembered at Falkirk and Middlesbrough-both for his prowess as a goalkeeper and as a real personality.

Willie was an Airdrieonian, born in the town in October 1939, and he came to Brockville from Shotts Bon Accord in 1960. It was his second attempt at breaking through into Senior football and he had played one game for Albion Rovers previously. Falkirk had been experiencing major problems finding a reliable and consistent keeper during the disastrous Tommy Younger season, and they had fielded no fewer than thirteen players in the position, one of them allegedly with the major handicap of only having one functioning eye. Willie didn’t look the part when he arrived- tall, lanky and with a Teddy Boy hairstyle. His off the park dress code might best be described as “unique”, but there was no denying his ability between the posts. Game after game, Willie saved Falkirk from embarrassing score-lines, and he brought off many saves that will be remembered by all who saw them. He made his Falkirk league debut on September 7th at Links Park against Montrose and Falkirk won 3-2. Willie kept eight clean sheets that season and only missed nine of the 36 league games as Falkirk were finally promoted back to Division One. He continued to impress on the return to the topflight and quickly gained a reputation for being one of the best keepers in the league.

There were rumours that he was about to be selected for a Scottish League International match, but that never happened. Various theories have been put forward for his omission, some of them hilarious- but unsubstantiated. His Falkirk career had several highlights, including a five-star display at Parkhead where he was cheered off by the home fans after an amazing series of saves. He was featured in the Chix bubble-gum Famous Footballers set of cards and they even managed to spell his name wrongly- referring to him as William Wigham(sic). His last game as a Bairn came at Brockville on October 1st, 1966 when Falkirk beat Ayr United 5-3. He moved to Ayresome Park Middlesbrough for a reported fee of £10,000 plus former Dunfermline and Scotland keeper Eddie Connachan. Willie’s first game for Boro’ was a game at Vicarage Road against Watford which ended in a 2-0 defeat. He soon became a firm favourite with Boro’ fans and, as at Falkirk, many legendary tales emerged. Many of his saves were applauded by both sets of fans, including one at Ayresome Park when he tipped a shot over the bar with what the papers described as “a backward coil”.  Again, many tales are unsubstantiated, but there several eye-witness accounts of him accepting a puff on a cigarette offered to him by a supporter as he was preparing to collect the ball for a goal kick. In total, he turned out in 210 games for Middlesbrough before returning to Scotland for a brief spell at Boghead. His last port of call was Darlington as he renewed acquaintance with the North-East of England.

The Brockville tannoy always seem to start the Falkirk team announcements with Whigham, Lambie and Hunter- and the idiosyncratic keeper was a great favourite of the crowd. Tales of him turning up with an oil-stained vest under his jacket, after working on the Saturday morning, have been confirmed. One of my own favourite Willie Whigham stories is of Falkirk fans squeezing into the 1066 pub after the game, only to find Willie sipping on his first pint of the day- and his hands covered in the Brockville mud. Legendary indeed. The best however relates to a Ne’erday game at Brockville when Doug Baillie had to fetch Willie from a New Year’s Eve party in Airdrie after scouring the neighbourhood for the errant keeper. Willie was soundly asleep in the back of Doug’s car when the manager came up to the car and signalled that the game was off because of a frozen pitch. Doug smartly turned the car around and took Willie back to the same seat in the same house at the same party in Airdrie- and wrapped his hands round the same can of stale beer. To this day, Willie never knew what a lucky escape he had.

Willie Whigham appeared at the Millennium Dinner at the Inchyra and was greeted by many fans who remembered his playing days at the club. He looked remarkably well and clearly enjoyed the evening back with former colleagues and friends. A few years ago, Gordon McFarlane interviewed Willie for an article in the matchday programme, and I think it would be fair to say that it was Gordon’s favourite interview, and he came away with a catalogue of Willie Whigham stories which had both of us reduced to helpless laughter. Willie was more than just a good keeper- he could have and should have earned more honours in the game. He was ungainly, unorthodox- but on his day, absolutely brilliant. Falkirk have had several good keepers over the years, but Willie Whigham was undoubtedly one of the best. All Falkirk fans will wish to send best wishes to his friends and family.