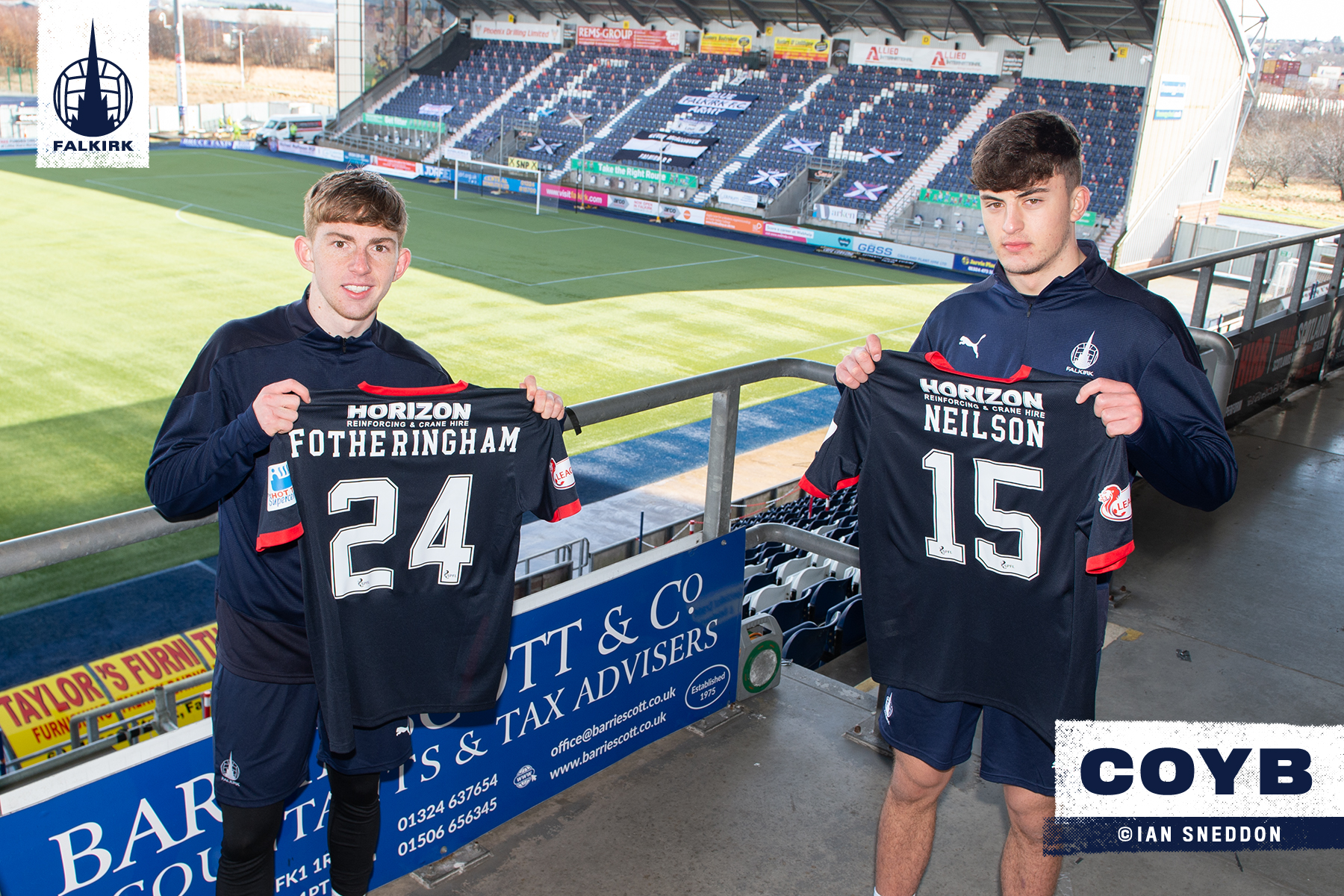 Falkirk Football Club are delighted to announce the signing of Kai Fotheringham and Lewis Neilson on loan from Dundee United, subject to SFA clearance.

The pair join from the Premiership club until the end of the season.

The first of the signings, Lewis, is a versatile defender who has played at both right back and the right side of the defence in his nine first team appearances for the Arabs this season. The 17-year-old made his debut on the 2nd of August 2020 when he started against St Johnstone on the opening day of the 2020–21 Scottish Premiership season.

Kai is an attacking midfielder who can also play on either side. The 17-year-old, who has started one Premiership game for Dundee United this season, was previously with the Forth Valley Academy. He has represented Scotland at an under-16 level, playing against Australia.