This week sees the start of a new Bairns Family Quiz supplied by our partners at Senior Bairns – with five questions for each generation of the family. Get your heads together, phone, Zoom or text to see if members of your family group can help.

Do you know which current Scottish clubs play at these grounds?

How well do you recall these players from the Jim Jefferies era?

1. Which player played for Queens Park Rangers in an FA Cup Final?
2. Who played in the 1984 European Cup Final?
3. Which player moved to Brockville from Swansea after Alex Rae’s transfer to Millwall?
4. Who did Jim Jefferies sign from Blackburn Rovers in 1991?
5. When Neil Duffy was transferred to Dundee in 1994, which two Dundee players came to Brockville in exchange?

These are all players who played for Falkirk at some stage of their career, and scored goals in European competitions.

1. This central defender scored for Aberdeen in a big win against KR Reykjavic in the 67/68 Cup Winners Cup.
2. Promising young player who famously scored for Celtic in their game against Leeds United in the 69/70 European Cup.
3. Striker who was a Celtic scorer against Honved in the 88/89 European Cup, before he moved South to join a London club.
4. Finished his career at Brockville and once scored for Dundee against AC Milan in the 62/63 European Cup semi-final.
5. Falkirk Bairn who scored for Dundee United against Barcelona in the 66/67 Fairs Cup. 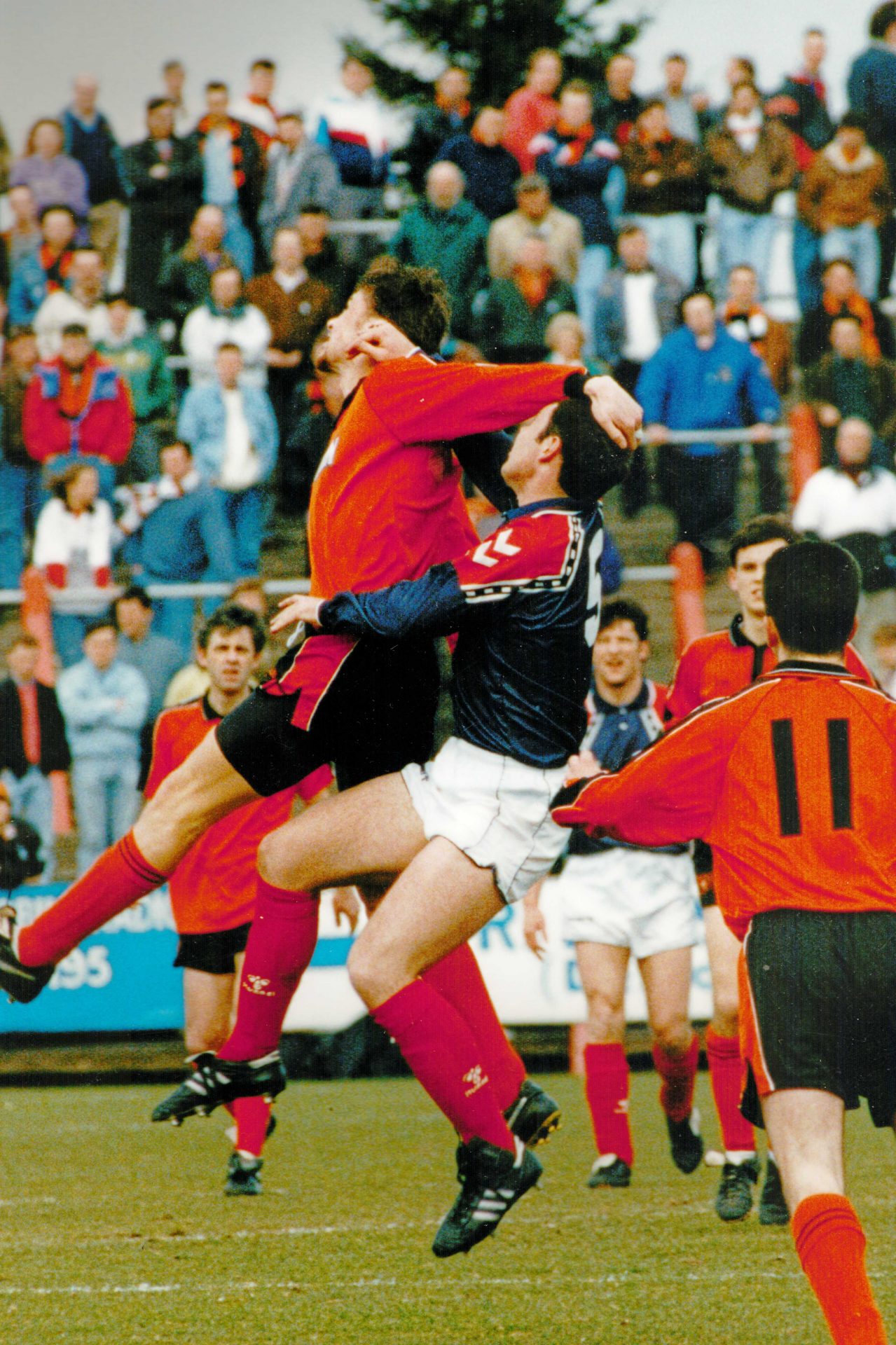 Who is the Falkirk player in the centre of the picture jumping for the ball?

All answers will be given on Sunday on the club website.