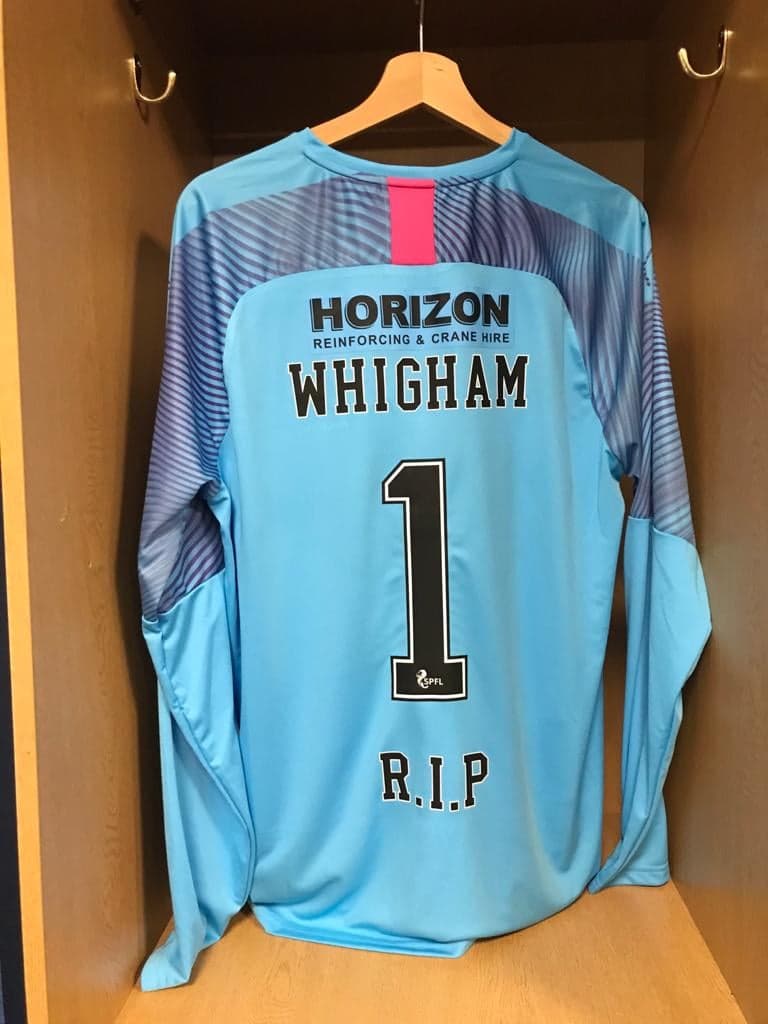 Following the sad news from the beginning of the month regarding the passing of legendary Bairns goalkeeper Willie Whigham, we can now provide the details for his funeral.

Willie’s funeral will take place this coming Friday, 19th of March. The funeral service will be livestreamed on the Macgregor Family Funerals Facebook page, which can be found here. Streaming will begin at 11.55am for a 12pm start.

Following the service, the funeral car will make its way to The Falkirk Stadium to allow both the club and fans to pay their final respects. The car is expected to arrive between 1.45pm and 2pm, before continuing on to Camelon Crematorium. We would ask any fans wishing to pay their respects to adhere to government advice regarding mask wearing and social distancing protocol. If you are coming along, please park in either the covered monoblock or North/South Stand car parks.

The club have donated a top with Willie’s name and number to the family, which will be placed in the coffin as a final show of respect to one of Falkirk’s most iconic players.

Falkirk Football Club would once again like to pass on our condolences to Willie’s family at this sad time.