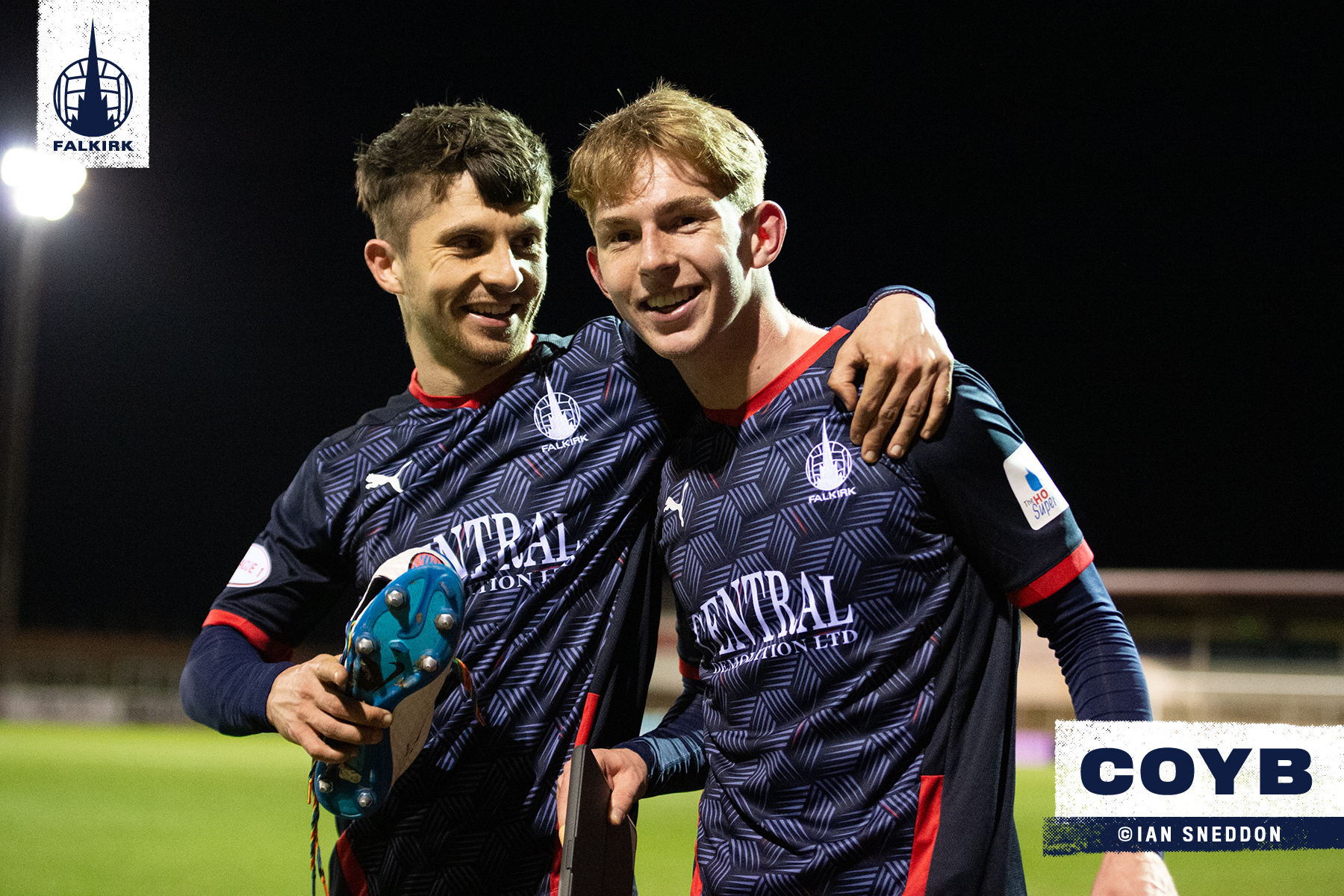 A hard-fought cup game in difficult conditions was won by a late goal from Kai Fotheringham.

Lee Miller and David McCracken made seven changes from the team that beat Montrose 2-0 on Saturday, with only Robbie Mutch, Ben Hall, Morgaro Gomis and Robbie Leitch surviving from that game. The weather in the first half had a big impact on the football, with The Bairns struggling to attack against the heavy wind, and it was none more evident than in the first goal. Thomas O’Brien’s cross was caught by the wind and taken through the hands of Robbie Mutch and into the back of the net.

Arbroath continued their good start and Jack Hamilton thought he had added a second goal for the hosts in the 17th minute, but Thomas O’Brien was adjudged to have committed a foul in the build-up. Falkirk grew into the game as it went on, but still struggled against the conditions. A Charlie Telfer free kick that smashed into the wall from just inside the box after an excellent break was as close as it got for The Bairns in the first half hour, but there was more to come from Falkirk before the break. The visitors broke quickly with Akeel Francis, who played an excellent pass to Charlie Telfer just inside the box. Telfer made no mistake with the finish and levelled things up just three minutes before the break.

Following half time, the game continued to be extremely hard-fought, with little to separate the two sides and very few chances. The two best opportunities fell to Arbroath, with Jack Hamilton hitting the inside of the post and Kyle McClelland being forced into a terrific clearance from a low ball that saw the young defender forced to come off injured. It seemed the game would go to extra time, but with three minutes on the clock Conor Sammon broke through. The Irishman was well tackled, but the ball fell to Kai Fotheringham, and the Dundee United loanee fired a terrific finish into the Arbroath net to get his first Falkirk goal.

The Bairns saw out the remaining few minutes to seal a next round fixture at Celtic Park.