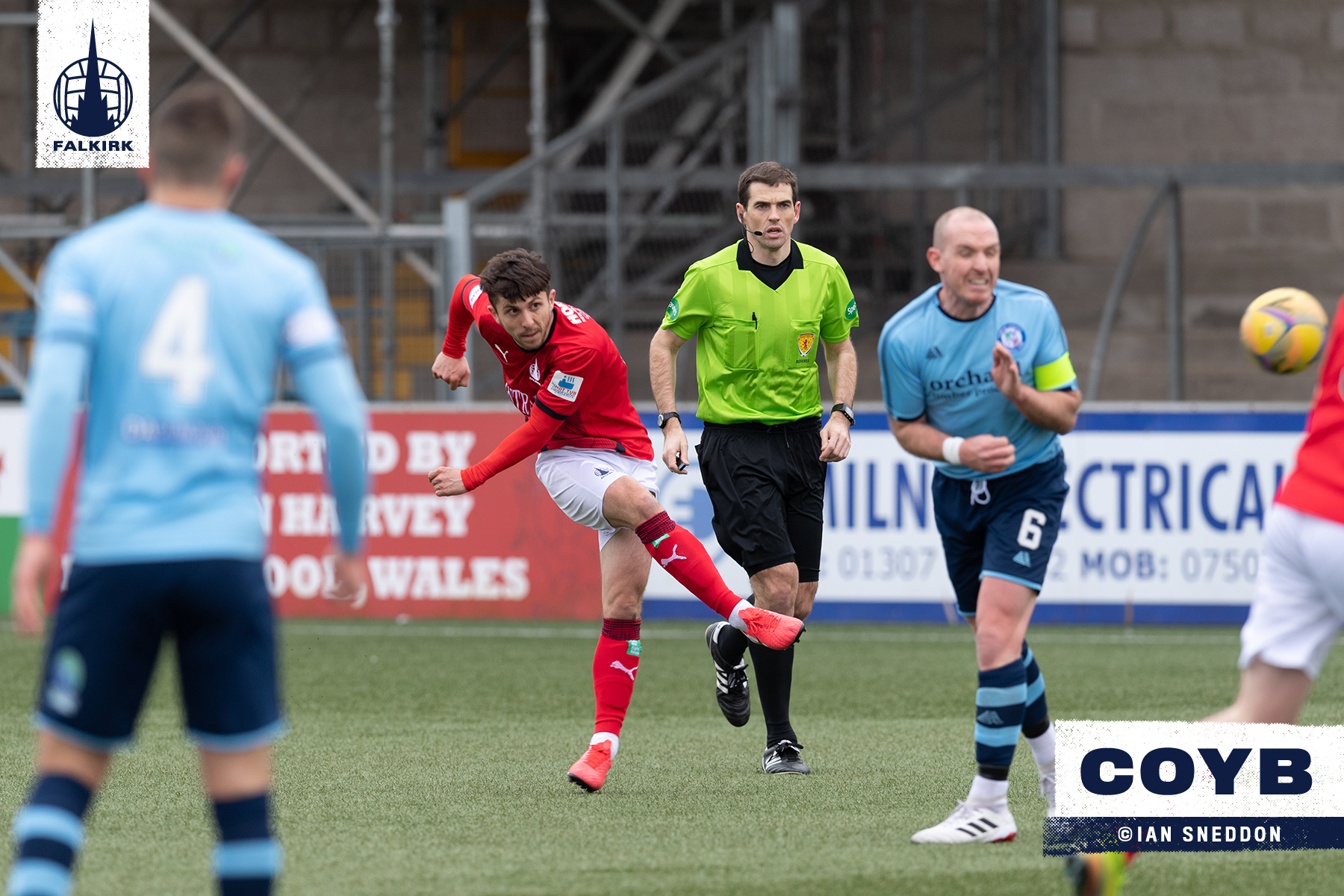 Falkirk netted in each half to secure a comfortable win away to Forfar.

The first half started slowly, with little in the way of chances early on. Mark Durnan’s header across and a shot wide of the post from Aidan Keena after a smart Blair Alston pass were as good as it got in the first twenty minutes. The Bairns had controlled the game from the off, however, and got the rewards 24 minutes in. Charlie Telfer picked the ball up just inside the Forfar half and poor closing down gave him a chance to shoot from 25 yards out. The resulting effort dipped past the goalkeeper at his near post and sent Falkirk into halftime a goal up.

Almost immediately after the break it was two nil Falkirk. A terrible defensive lapse by the home side left Blair Alston the simple job of tapping home. Falkirk continued to control the game, but still were limited to a few half chances. Charlie Telfer played in Kai Fotheringham, whos shot was deflected wide, Charlie Telfer and Anton Dowds had shots from inside the box held by the goalkeeper and Blair Alston blasted over from distance as The Bairns probed for a third. Alston would have been forgiven for thinking he had got his second goal with ten to go as his tremendous free kick beat the goalkeeper, but it pinged off the inside of the post and nobody could fire home the rebound.

Forfar’s best chance came with two minutes to go with a ball across that caused problems in the Falkirk box, but Ben Hall was on hand to head behind from a few yards out and ensure a clean sheet as well as all three points.