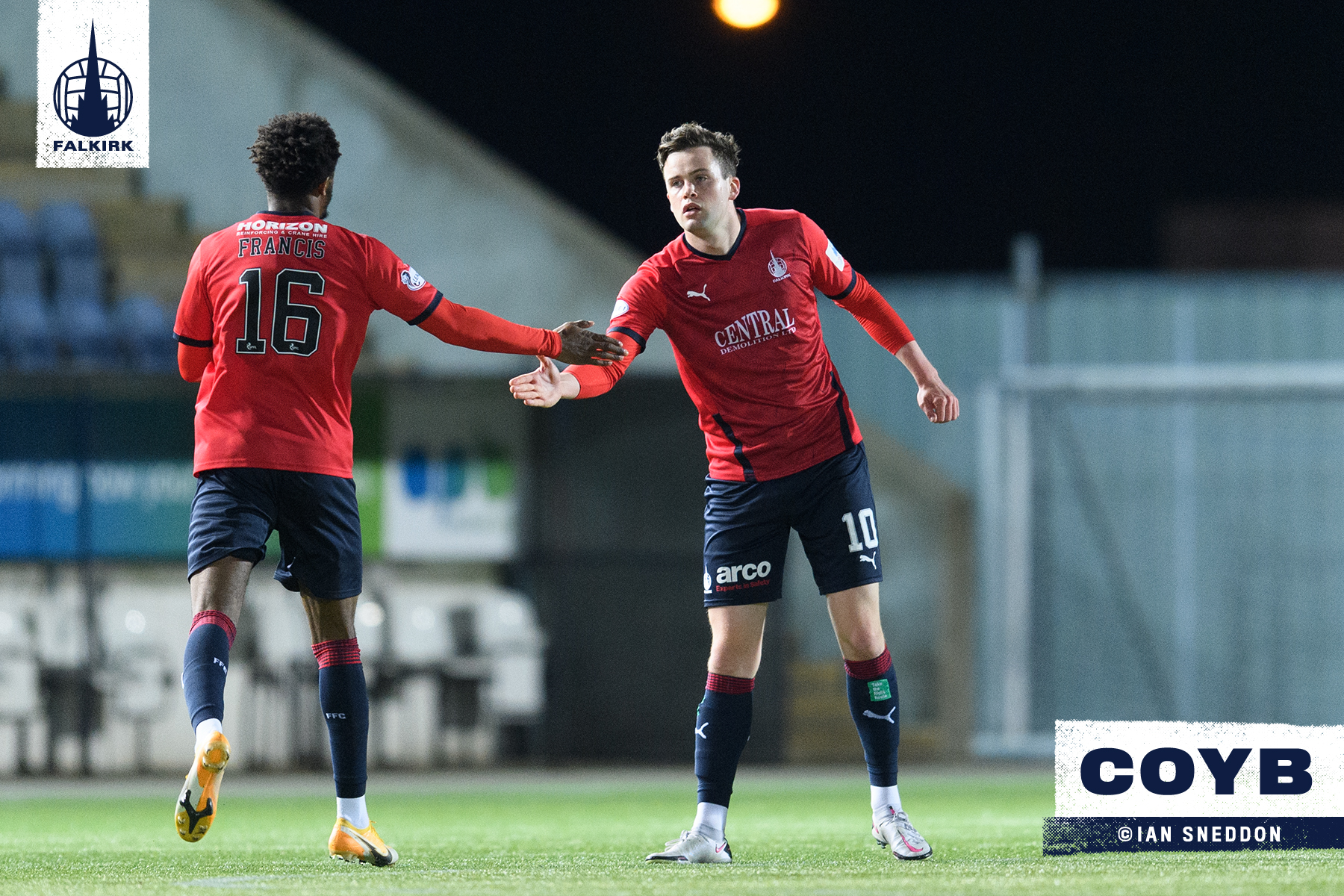 A ten man Falkirk was held to a draw after a frustrating night against a resilient Dumbarton.

The Bairns controlled most of the possession from the outset with the visitors happy to dig in and let the ball be played around in front of them.

The first proper chance of the match came from another Blair Alston free kick. As of late the midfielder has made a habit of threatening from dead ball situations and this time it took a strong hand from Dumbarton goalkeeper Sam Ramsbottom to tip Alston’s shot over the bar. Five minutes later Alston found himself standing over the ball in similarly dangerous area, this time his effort crashed against the bar.

For much of the first half Bairns keeper Robbie Mutch was untroubled until Rabin Omar managed to break into the box and fire a shot at goal which Mutch held onto comfortably.

The pace picked up a bit after the break and the visitors saw a chance go begging just four minutes into the second half. Paul Crossan delivered a ball from the left hand side that Omar headed just over.

Robbie Leitch came close to opening the scoring just after the hour mark with an audacious effort that looked goal bound but sailed just wide of the far post. A few minutes after another chance went begging for the Bairns as Alston met a cross from Telfer, forcing a save from Ramsbottom.

Despite the home team’s momentum, Dumbarton managed to take the lead on the 68th minute. Rabin Omar latched onto a long ball that wasn’t dealt with and managed to find the back of the net.

Falkirk replied almost instantaneously. Lee Miller and David McCracken made two changes, putting on Conor Sammon and Akeel Francis for a bit more firepower upfront. The change paid off as Francis beat his man down the right and crossed for Anton Dowds who struck the ball sweetly for the equaliser.

Falkirk were dealt another blow ten minutes before the end. The ball was played long over the top of the Falkirk defence forcing Mark Durnan to chase it back and while attempting to fend off the striker on his tail, he was adjudged to have elbowed him, prompting the referee to show him a straight red.

With Falkirk up against it heading towards the final whistle, they launched one last bid to find the winner. The ball was crossed into the area and Ben Hall managed to get on the end of it and steer the ball goal wards, forcing a match-saving stop from the Dumbarton goalkeeper.

It was 2 points dropped for the Bairns, but it could have been more, following a frustrating game under the new lights. The result leaves Falkirk still unbeaten since the restart and four points top of the Scottish League One table.