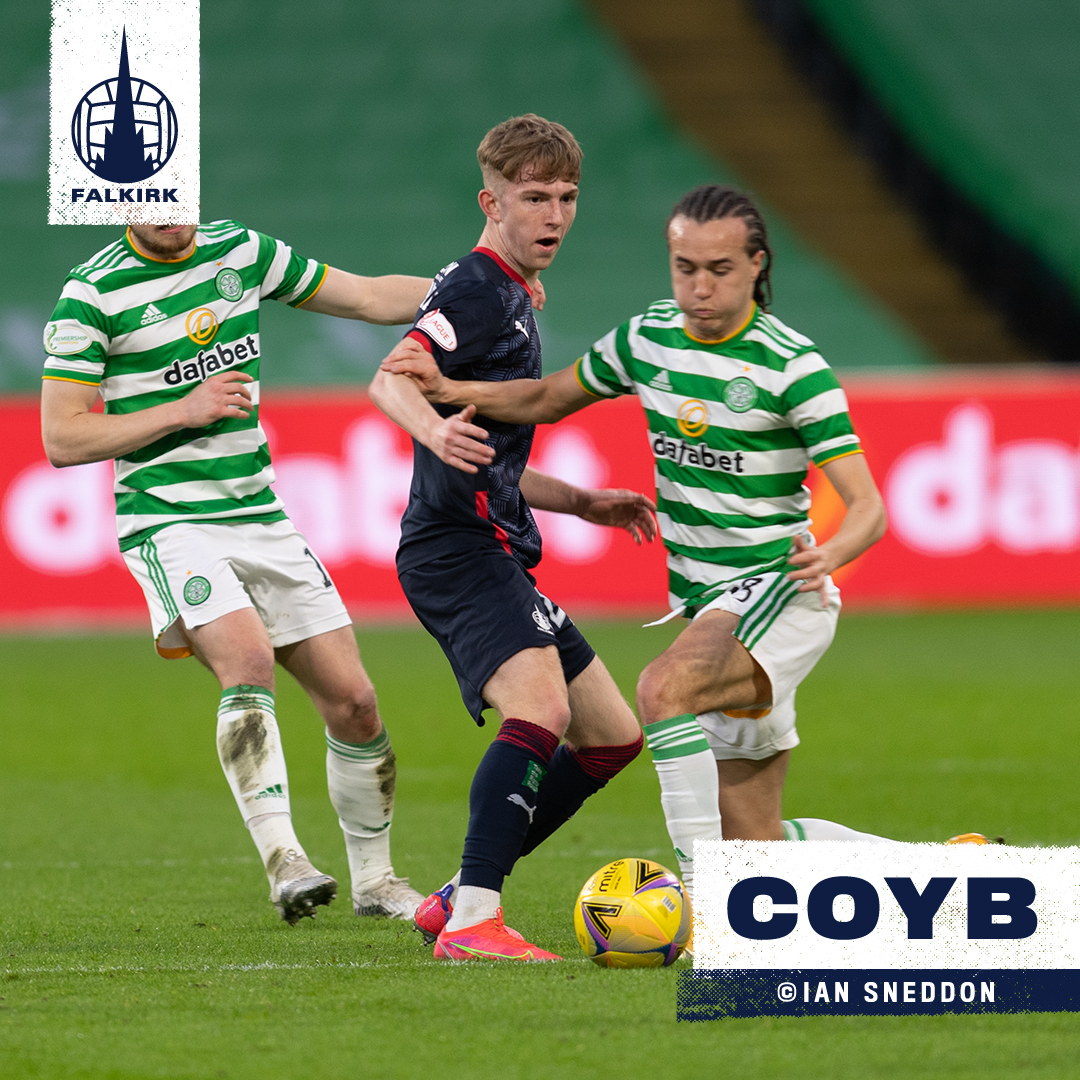 Despite a resolute first half performance Falkirk were defeated by three goals at Celtic Park.

The Bairns defended well in the first half, with the hosts being reduced to efforts from range for most of the opening period. Leigh Griffiths should have scored from eight yards out and Turnbull’s free kick went just over in Celtic’s best chances. The Bairns had the opportunity a couple of times to break away, mainly through Conor Sammon and Anton Dowds, but couldn’t create any meaningful opportunities.

Following half time, The Bairns went a goal down within 15 minutes. James Forrest’s shot deflected off the head of Lewis Neilson and past Robbie Mutch to open the scoring. Soon after it was two, when Ryan Christie’s effort from the edge of the box drilled itself into the bottom corner. From there, the game settled into a more even pace, but the Premiership side’s pressure ended up too much as Elyounoussi dinked it over Robbie Mutch and into the back of the net to secure the Glasgow side’s place in the next round.

The attentions of Lee Miller and David McCracken’s side must now go to Tuesday night, when we return to league action away to Airdrieonians.