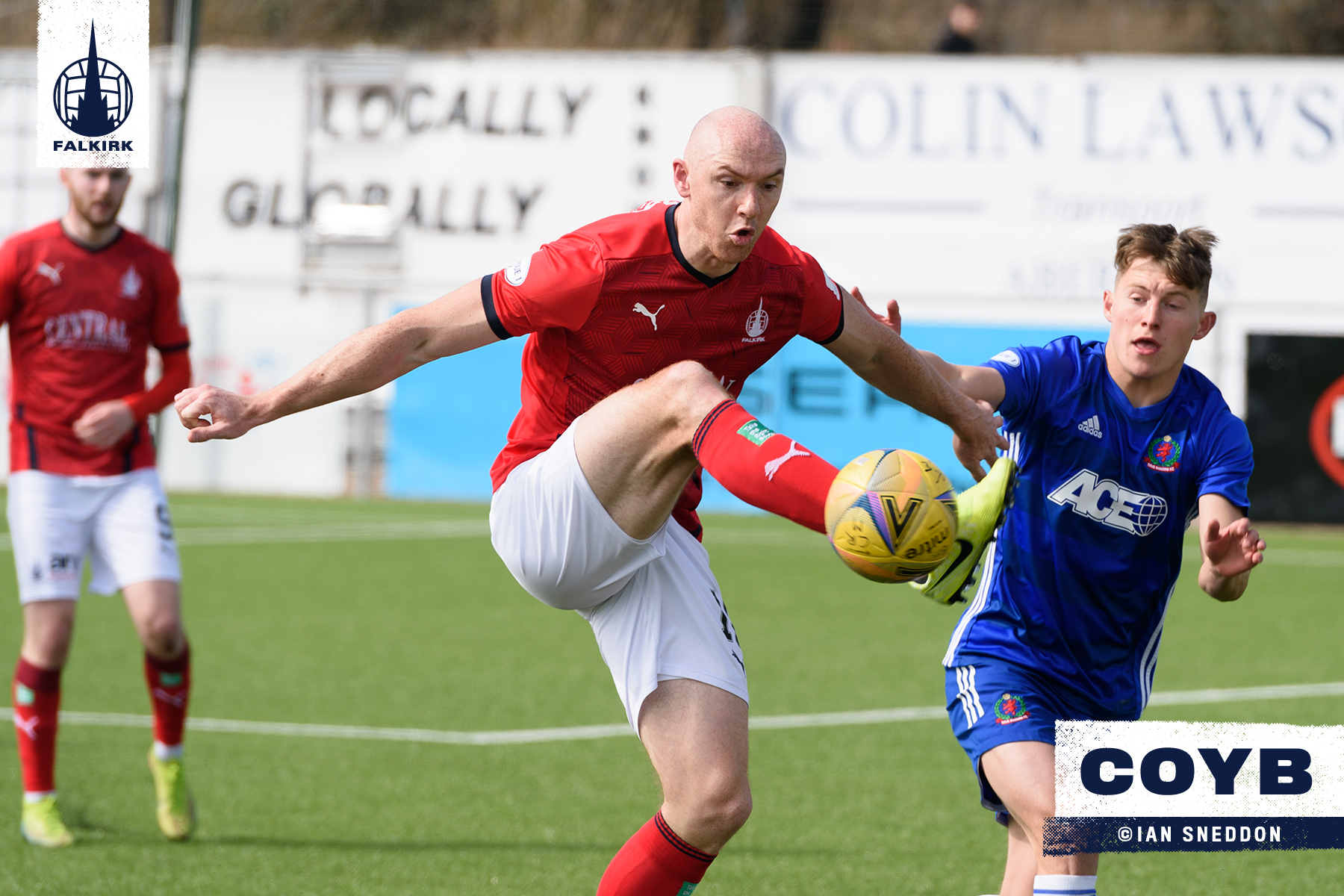 The Bairns were defeated in today’s top of the table clash against Cove Rangers.

The hosts started the half with more of the ball, but Falkirk got the best chance in the first ten minutes. Aidan Keena’s snapshot after the ball came at him quickly was just wide of the target. Cove continued to threaten, particularly through set pieces, and it was through one of these they scored the opening goal. A corner coming across was flicked on before Mitch Megginson pulled off a fantastic overhead kick off the bar to put his side in the lead.

Falkirk continued to struggle after going a goal down, with Cove still looking dangerous, but gradually grew into the game towards the end of the half as Callumn Morrison managed to get on the ball more. A good bit of play between Conor Sammon and Aidan Keena slipped through Blair Alston, who was well defended to stop a tap in, and Lewis Neilson drove into the box but fired over in the best Falkirk chances of the first period.

Right after the break the Bairns passed up a glorious chance to go level. Morrison’s cross found Sammon, but the big Irishman’s header struck the crossbar and was cleared. Cove broke up the pitch and won a set piece, and second later it was two. Megginson was again there to take advantage of defensive confusion and double both the Cove Rangers advantage and his goal tally in the game.

Falkirk had some decent periods of possession after going two down but never really looked like scoring. Cove could have made it more, with The Bairns relying on several excellent saves from Robbie Mutch, but it ended 2-0 to the home team on a very disappointing Saturday in Aberdeen.